Driven by fears of food shortages and an increase in the price of supermarket fruit and veg, South Australian consumers have stripped garden centre shelves of veggie seeds, seedlings and garden supplies.

With the arrival of autumn, many buyers simply want to start their home veggie plot, which they now have the forced spare time to create.

However, retailers are also reporting instances of over-zealous gardeners stockpiling seedlings, packets of seeds, potting mix and fertiliser. Even varieties that aren’t in season have been snapped up, spurring some stores to place a limit on certain items.

South Australia’s largest seedling wholesaler, Living Colour Nursery, has more than doubled production after its customers, such as Bunnings and independent garden centres, ran out of stock within the past fortnight.

Living Colour employs about 40 staff, including a seed sewing team which is working overtime to meet demand, growing thousands of seedlings as fast as it can on the 4ha property at Penfield, in Adelaide’s northern suburbs. 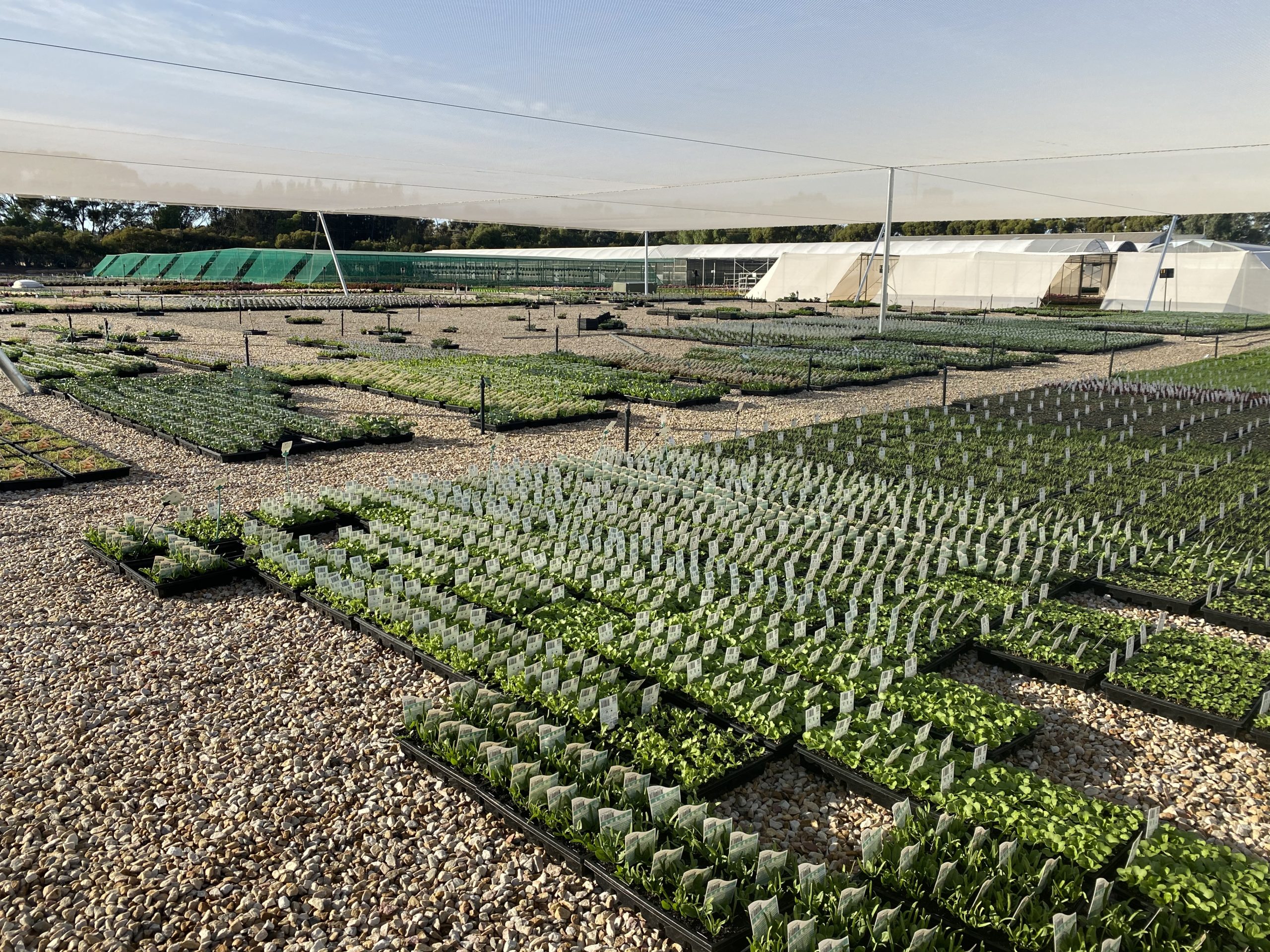 Burns advises consumers to take only what they need, and ensure they have adequate space and knowledge to successfully grow their own veggies.

“Only buy what you can fit in your veggie patch. You don’t want to buy trays and trays of seedlings and get home and jam them all together in a tiny area,” he says.

“There’s been a massive run on seed, but if people are going to buy seed they should be a more competent gardener, and they should buy veggies that are in season.

“We want to make sure people who buy the seedlings have some success. If they’re going to spend the money and put them in their garden, they want to get something out of it.”

Burns estimates the increase in production of seedlings should start to filter through to the shelves of garden centres by early next week.

“At this point in time, I don’t know if that’s going to flood the shelves, or be a drop in the ocean — it’s hard to tell. We’ve never been in a situation where every single garden centre in South Australia has been empty,” he says.

“The veg seedlings at this time of year have pretty quick production turnarounds,” Burns says.

The nursery has the capacity to increase production even further, but he is wary of the potential risk of a future shutdown under tightening coronavirus restrictions.

“The scariest thing is that if we have to shut down — the risk is all on us. We don’t want to go too hard and risk throwing it all in the bin,” he says.

“If the risk of potential shutdown is reduced, we have the capacity to increase production further to ensure everybody gets supplied.”

“We’re ordering seed at unprecedented levels; it’s arriving in bulk quantities that I’ve never seen before. We’ve had to secure some more refrigeration space to store it all.”

Another supplier experiencing unprecedented demand is Brunnings Garden Products SA, which supplies most of the state’s garden retailers with seed, potting mix, and compost, and is also an agent for Mr Fothergill’s Seeds and Bulbs.

Sales and marketing manager Carrie Prettejohn says the increase in demand began the week of March 16.

“We started noticing it ourselves in-store; all the veggies, herbs, peas, beans, had all been cleared,” she says.

“You’re noticing people with 50 packets of seeds in their trolleys. It was mostly winter veg – the flowers weren’t touched.

“I spoke to one retailer who said customers were grabbing everything; they didn’t even know if it would grow in winter. People are expecting to get success in two to three weeks.”

Prettejohn says general gardening supplies such as potting mix, fertiliser and compost have also flown out the door.

“There have been some lovely stories as well – people who now have a lot of spare time and have always wanted to start that veggie patch,.

“It was a shock at the start, but then I started realising why people were doing it: the cost of veggies. Personally, I saw a cauliflower being sold for $9.

“For food security in your own backyard, when the cost of living might go up, for a couple of dollars for seed, people could get a lot out of it, and keep them occupied as well.”

She says she completed an order for 1500 packets of seeds for a Mitre 10 store that would normally only order 400 packs a month.

Consumers new to veggie gardening should speak with their local garden centre about what’s in season.

Click here to find out how to prepare your veggie patch in autumn.