There are 680 mineral exploration licences in South Australia that are valid for up to five years before they need to be renewed or surrendered.

The department’s deputy executive director of mineral resources, Pru Freeman, said the release of 21 exploration areas at one time was an unusually high number in one batch and was in part due to not wanting to hold “application weeks” in the traditionally quiet months of December and January.

She said the handing in of licences often happened in waves but she expected strong interest including from North and South American explorers.

“Instead of just releasing a postage stamp here and there we decided we would do them together fresh in the new year so everyone could regroup and rethink,” Freeman said.

“The exploration cycle generally has been doing it tough the past couple of years because the small exploration companies that we rely on for the nimble and quick exploration using new technologies are finding it very hard to get financial backing.

“The main change we’ve seen over the past three years is a lot of the on-ground drilling and geophysics is being done by the middle size and larger mining houses that have mills to feed and have mining operations already.

“They task their geos with finding new deposits on greenfield sites and it’s leaving a lot of our little juniors really struggling to find the cash they need to drill.”

Applicants must submit a proposed program of exploration with phased and costed expenditure. The minimum expenditure requirement is nominally $30,000 plus $97/km2 per year and rounded to the nearest $5000.

“It was a difficult end to last year in that it was becoming obvious that small companies were finding it hard to raise money,” Freeman said.

“One of the key requirements of holding an exploration licence in South Australia is you have to meet an expenditure commitment, which is set by area and a number of companies just couldn’t raise enough money to keep those commitments.”

About a third of the new exploration release areas are within the Gawler Craton region, which is already home to large-scale copper/gold mines Olympic Dam, Prominent Hill and Carrapateena. BHP announced in November 2018 it had made a huge copper/gold discovery at Oak Dam West, 65km south of its Olympic Dam operation. 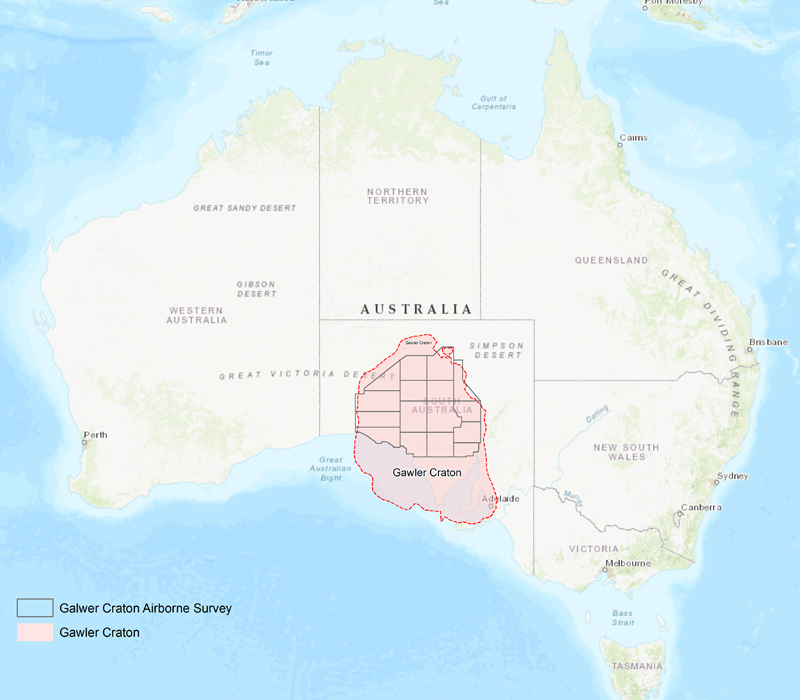 The leaseholders will also have access to data from the almost completed Gawler Craton Airborne Survey, which captured approximately 1,800,000 line kilometres of data over an area of about 324,000sq km – the size of Norway – and is the largest survey of its kind to be done in Australia and possibly the world.

Freeman said she expected copper/gold deposits to be the most popular targets among explorer applications, particularly in the eastern half of the Gawler Craton region.

“In that part of the world, it’s highly prospective but it’s also quite deep so it would be reasonable to expect that the next Prominent Hill or Carrapateena is under hundreds of metres of cover and that’s expensive to drill so that’s why we’re expecting those medium to large companies to show interest,” she said.

“But that’s not to say some of these juniors couldn’t partner with some of these bigger companies on joint ventures particularly if they’ve got expertise and ideas.”

The Weatherill government launched South Australia’s Copper Strategy in February 2016, which aims to triple the state’s copper production to one million tonnes per year within two decades.

Freeman said the state was now starting to be taken seriously globally as a significant copper-producing region, particularly among the copper powerhouses of Chile, Canada and the United States.