The Melbourne Street venue has been in the hands of owners Tim Gregg and Andrew Svencis since 1996.

It features a restaurant – which food writer Nigel Hopkins reviewed for InDaily in 2015 – plus casual dining, a bar, live music and function rooms.

The hotel is being sold as part of a package with an adjacent three-story office block, together covering about 5000 square metres.

Gregg said that when he and Svencis bought the venue – previously called The Old Lion – it was “very run down and totally out of sync with the broader market and the vibrant local precinct”.

The Lion was built in 1881, and featured its own brewery, malthouse and cellars, and was renamed the Old Lion in 1972.

The hotel underwent a major renovation before reopening in 1997.

“It’s been quite a journey, with many state and a few national awards along the way, and more importantly a great staff and management team, and lots of wonderfully loyal customers,” said Gregg.

“We’ve been blessed with great people for years and are starting to find it a bit too tempting to ease off our own involvement these days and think it’s time to make our exit.” 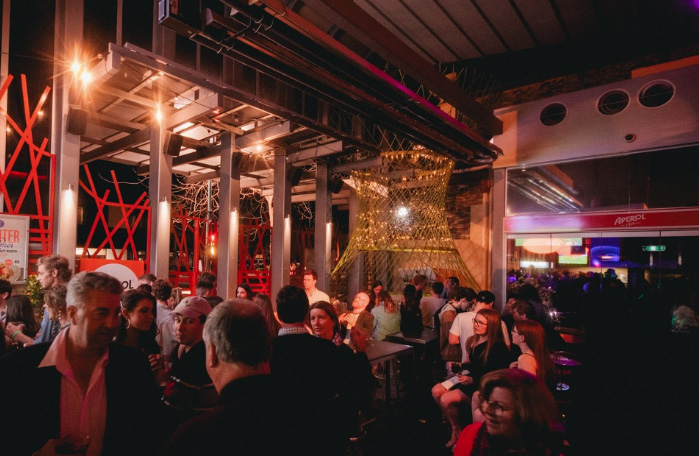 But he said they had been at the helm for decades and it was time to move on.

“We’ve been there a while.

“At some point you have got to recognise that it’s time to move on.”

He added that the adjacent office block had been subject to a rezoning and there was an “opportunity to go quite a bit higher” for any prospective new buyer.

JLL Hotels and Hospitality Group vice president Will Connolly said the property was likely to attract national interest “as an attractive option for local and national hoteliers groups looking to expand their capital city portfolios or investors seeking a much higher holding income on this development site than alternative land-banking opportunities”.

Expressions of interest in the property close on November 22.