Ferguson Australia has been selling its premium Southern Rock Lobsters to China for two decades and has been looking to its expand its range of export products in recent years, including Southern Bluefin Tuna processed at its Port Lincoln-based company Mori Seafood.

Some shipments of ‘Ocean Jackets’ were sent to China to test the market a couple of years ago and many samples have also been provided. But big shipments have only started in earnest in recent months, quickly growing to 40 tonnes a month.

The Ocean Jacket (Nelusetta ayraudi), also known as Leatherjacket, is not widely sold in Australia despite its abundance in southern waters.

However, it is very popular in China, mainly as a key protein ingredient in hot pots.

The company, which also owns Five Star Seafoods, processes and markets about 450 tonnes of Southern Rock Lobster a year. More than 90 per cent of its lobster catch is exported to China with smaller shipments regularly sent to Malaysia, Singapore, Hong Kong and Taiwan.

“Every time we go to China, we’re looking for tuna customers, lobster customers and customers for our other products like the jackets as well,” Ferguson said.

“But it’s taken four or five years to now get it kicked off but because we were up there selling lobsters we were able to keep persevering in our search for the (Ocean Jacket) marketplace.

“Then eventually when we found the marketplace and sent it to one customer, another customer asks ‘where’d you get that from’ and that seems to be the way it’s grown.

“We could even get up to 500 tonnes (this financial year) – we seem to be sending container after container.” 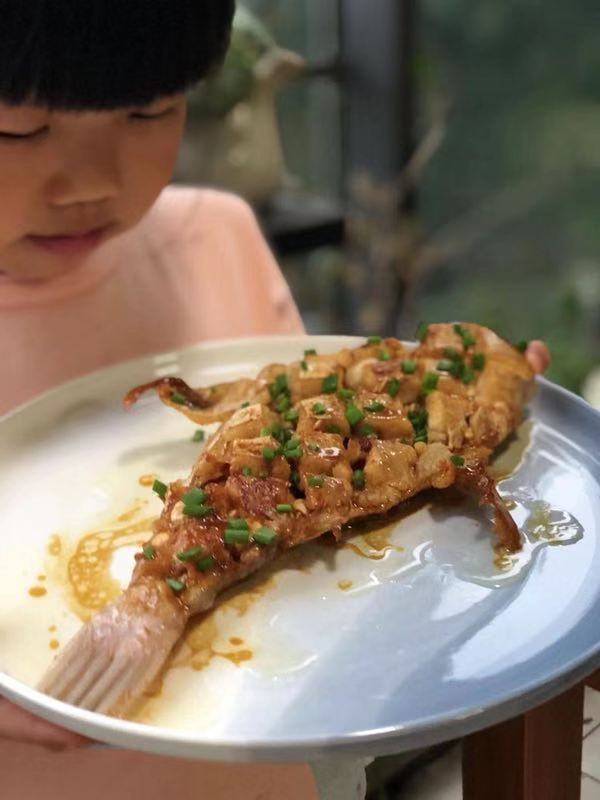 Ferguson Australia has one of only four licences to trap Ocean Jackets in South Australia in square metal cages similar to lobster pots. It also buys fish from the other three licence holders.

The boats are based in Port Lincoln and fish in deeper Southern Ocean waters to the south and west of Spencer Gulf.

The fish are processed at the Mori Seafood factory with the majority frozen within 24 hours of being caught and packaged up ready to ship to China in 10kg boxes for food service such as hot pot restaurants. Frozen Ocean Jacket has a 24-month shelf life. 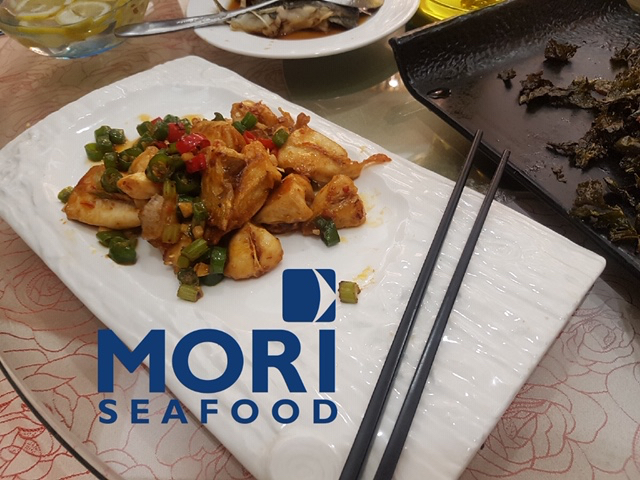 An advertising image for the Leatherjacket, cooked in Chinese hotpot style

The company also exports about 50 tonnes of fresh Southern Bluefin Tuna to China which, along with the frozen 10kg boxes of Ocean Jacket, are marketed as Mori Seafood. Some packs of fresh Ocean Jacket Cheeks are sold to retail in China under the Ferguson Australia brand.

“I think there’s a big growth opportunity in China with our frozen fish products,” Ferguson said.

“China is changing – 10 or 20 years ago frozen seafood was taboo but as the nature of the Chinese market changes the younger people understand that the quality of frozen food can be just as good as fresh.

“The Mori factory is purely focusing on the fish ranges so we’re really dedicating a lot of our resources towards growing that further.”

Ocean Jackets range in colour from bright yellow to pale white and grey. The flesh is firm and white with a moist and delicate texture.

The species is also caught commercially in New South Wales where it is mostly sold at the Sydney Fish Market to service the city’s large Chinese population. 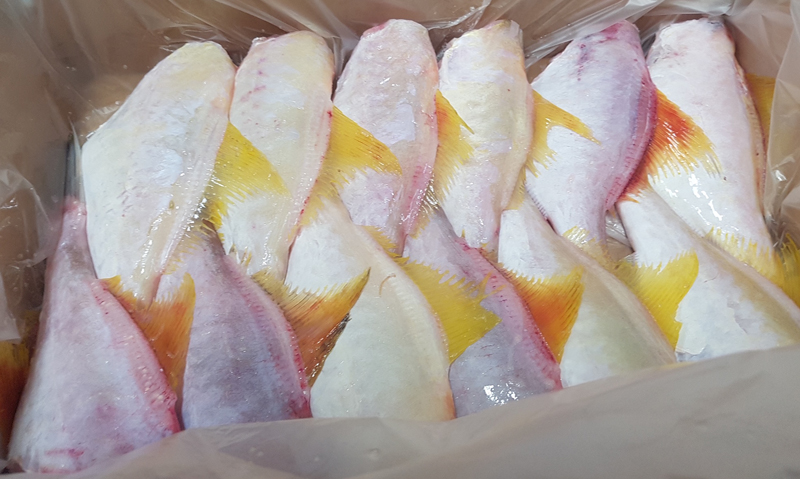 Ferguson said the Australian Ocean Jackets were generally larger and more brightly coloured than other jacket species sold in China.

He said there was also an abundant supply of the fish in the Southern Ocean, which has a strong reputation for producing premium, sustainable seafood.

“At the moment we’re still fairly new in the Ocean Jacket world but I believe our species is superior because of the look of the fish and the other species are a lot smaller,” Ferguson said.

“The jacket fishing is 12 months of the year and the fishing is consistent so it certainly fills the gap and helps extends our line of frozen products, particularly in the Mori factory so it is very complementary (to the seasonal lobster business).

“We can look at fishing harder by doing things like putting a double set of crew on the boat to keep it working harder and there’s jacket supply from the eastern states as well so we can look at expanding our horizons with supply from other states.

“Now it’s an open door – once you find the market then you can work to the market place to value add and look for retail opportunities.”