Forty South Australian business leaders under the age of 40 were recognised in InDaily‘s second annual 40 Under 40 awards program on Thursday evening at the National Wine Centre.

Aaron Superina, the owner and director of landscaping, civil engineering and structural concreting company Outside Ideas, was also recognised with the First Among Equals Award for embodying the qualities of the 40 Under 40.

The award is presented by the Australian Institute of Company Directors.

Superina established Outside Ideas in 2003, and has since taken it from residential landscaping operation to South Australia’s largest commercial landscaping company with almost 150 full-time employees.

He was unable to attend – because he’s in France at the Ernst and Young World Entrepreneur Of The Year event – but in a recorded interview played last night, he said his journey in business began at an early age.

“I was 19, working in a surf shop and working in a bar (and) started labouring for a friend of mine, who was a landscaper … picked it up fairly quickly and realised that was what I wanted to do,” he said.

“But we’ve slowly grown, and over time our thoughts on where we want to head has changed.”

Joyce Ceravolo won the Rural and Regional Award – presented by Piper Alderman – for her successful management of juice company Ashton Valley Fresh, with her brother Joseph.

In their five years in control of the family business, they have increased the company’s turnover by more than 30 per cents, despite the introduction of a direct competitor in both their market and local area. 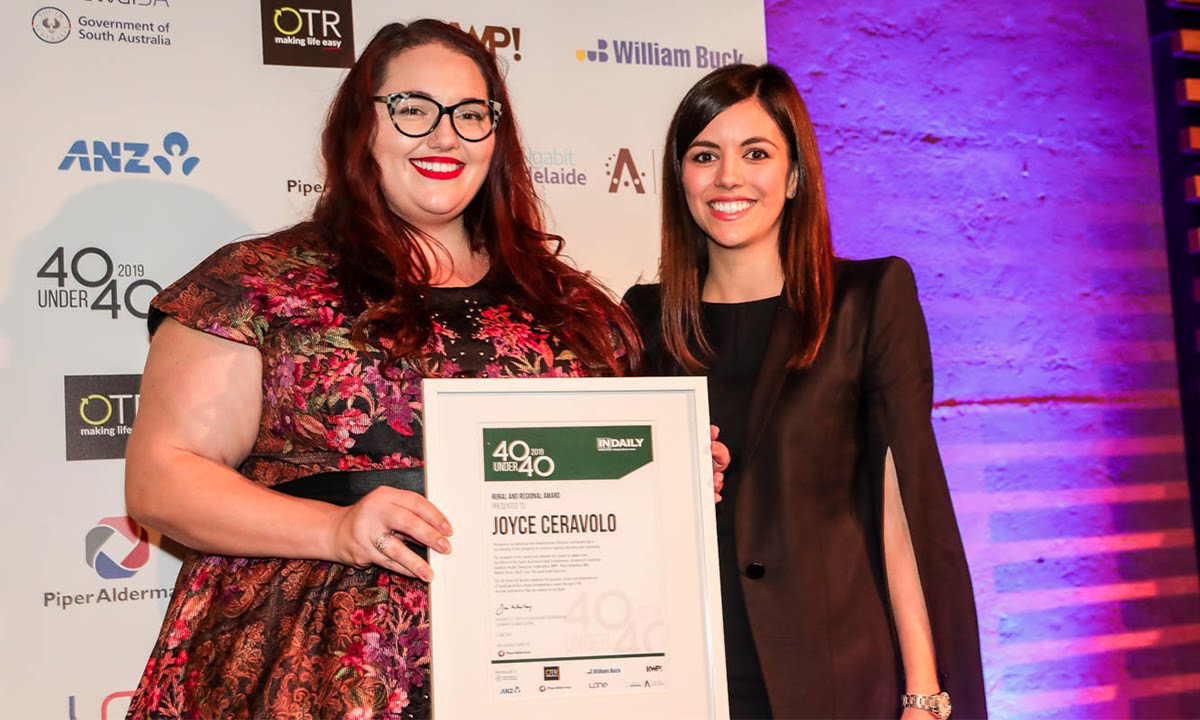 Dr Jonathan Hall, who has PhDs in both theoretical physics and nanotechnology, specialising in biosensing in embryos, is co-founder and inventor at Life Whisperer and Presagen.

He was presented with the Entrepreneurial Award, presented by William Buck. 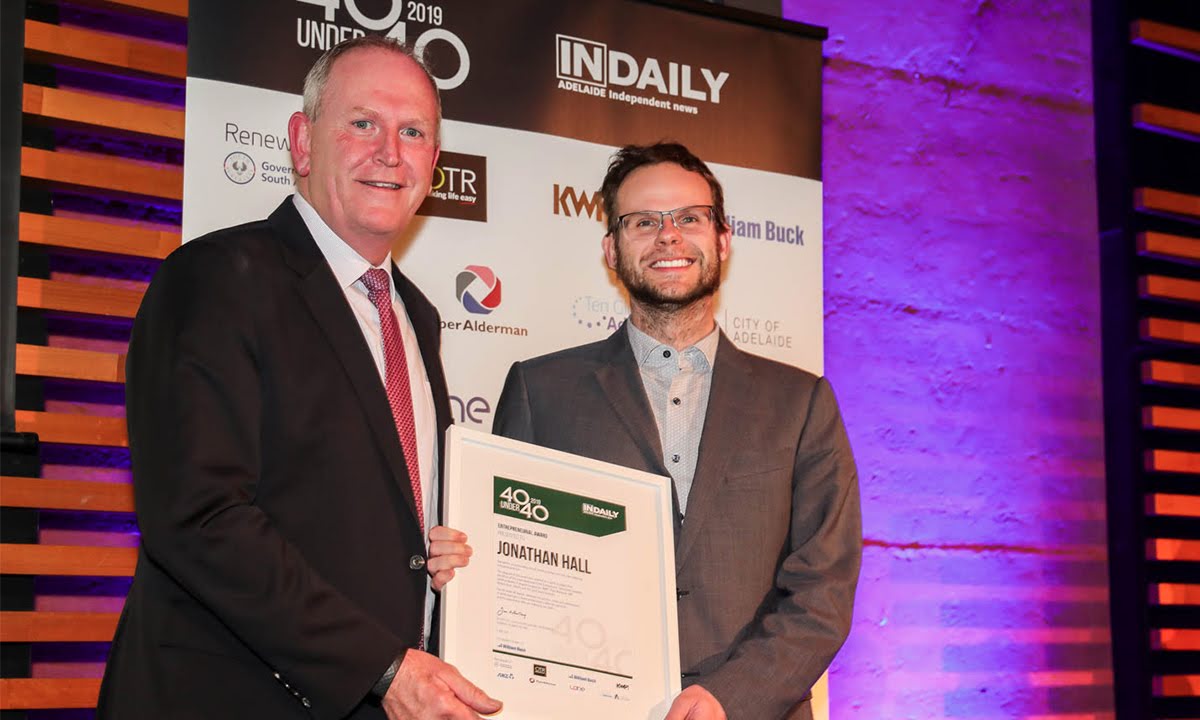 The managing director of immersive learning solutions company Cortex Interactive, Timothy Angel, was recognised with the Creative Thinker Award – presented by KWP! – for his creative and innovative approach to progressing the business.

Angel, who started the company in 2016, is in the process of rolling LAAMP out to a global market. 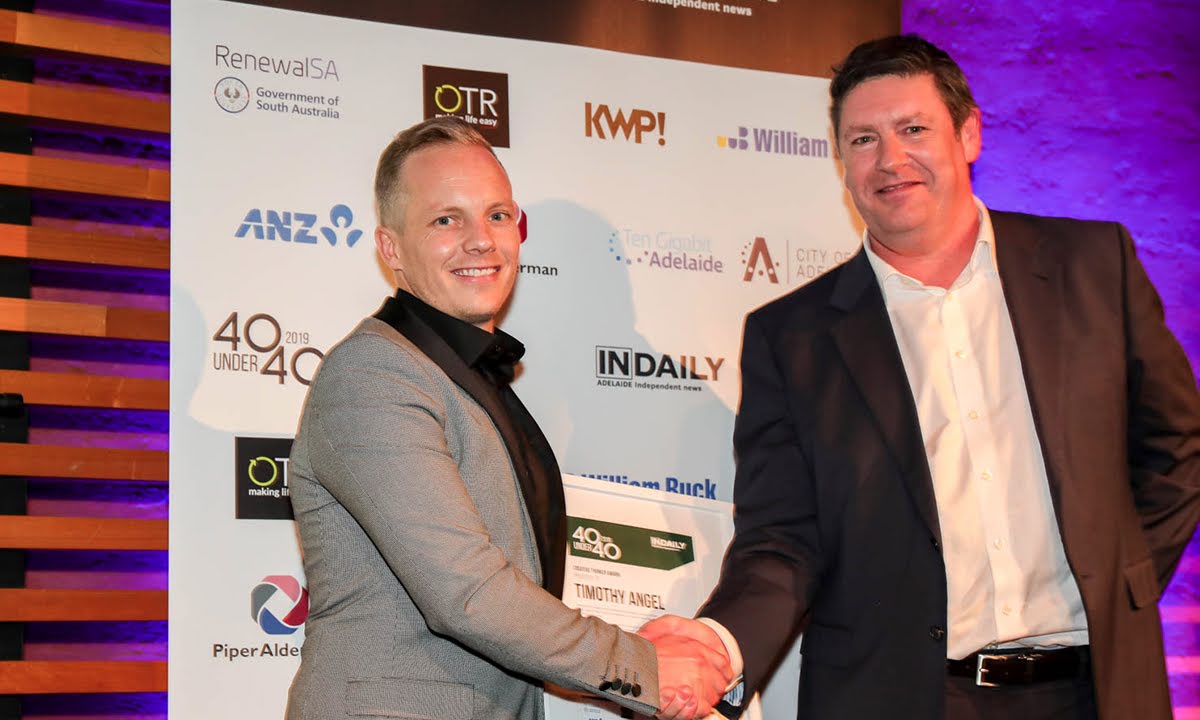 Anton Andreacchio is an entrepreneur, producer, and mathematician, and the recipient of the Inspiring Future Collaboration Award, presented by Renewal SA.

Andreacchio has founded several companies across the creative industries.

They include Convergen, an animation company that specialises in infrastructure visualisation, JumpgateVR, a VR/AR studio working across industries from construction to the contemporary arts, Double Bishop in film, GMTI in math consulting, and Artisan Post Group in post-production services. 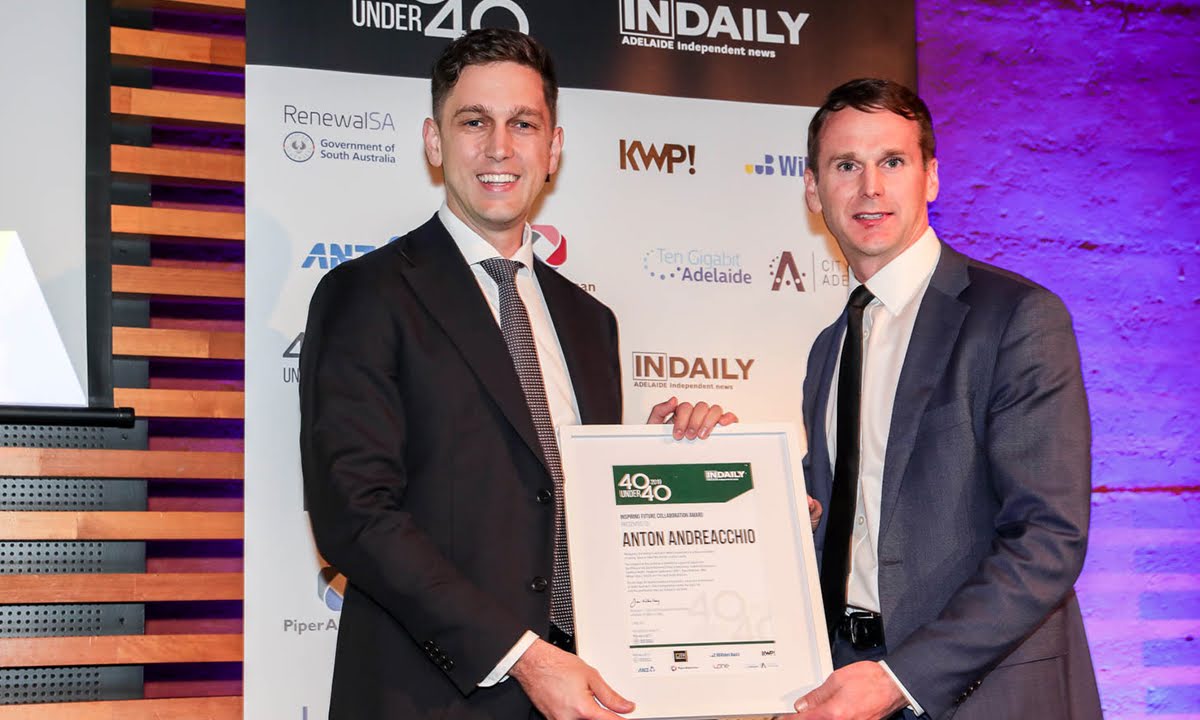 Cameron Donaldson established Praxis Aeronautics in 2016 to commercialise his invention of Solar Energy Harvesting Composite structures, the first structural solar encapsulation of its kind on the market.

He won the Inspiring Disruptor Award, presented by OTR.

Cameron’s invention, applied to unmanned aerial systems and unmanned surface vehicles, offers 200-300 per cent range extension without the impediments that are normally associated with solar integration – such as added weight, fragility and cost. 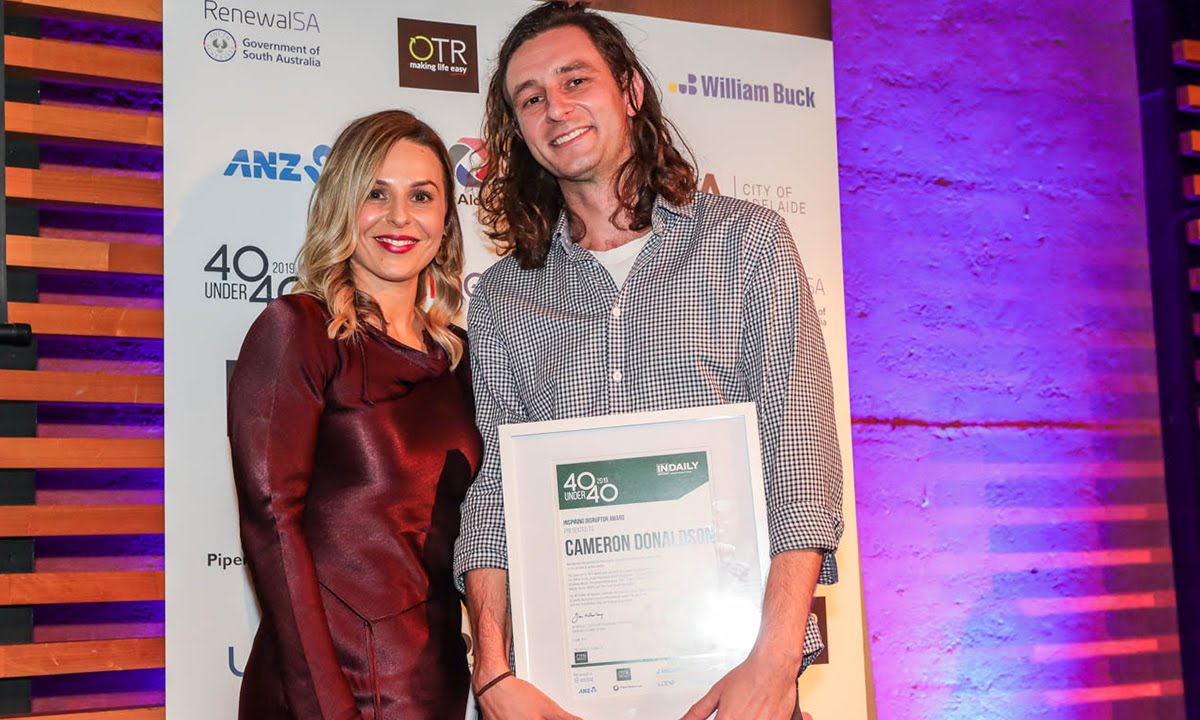 InDaily will be profiling all the individual award winners and the 40 Under 40 over the next month.