An interim report of a wine grape market study by the Australian Consumer and Competition Commission warns that competition in the industry is being undermined by:

Across the country, the wine grape industry is characterised by imbalances in bargaining power between winemakers and growers, it says.

And the decade-long oversupply of wine grapes from which the industry has only recently emerged has convinced many growers to trade away “the benefits of competition in order to ensure that they have a buyer of their produce, and, as a result, have needed to agree to potentially unfair and uncertain contract terms”.

“The ACCC heard that most growers prioritise securing a grape buyer in the medium term over receiving the best price,” the report reads.

“This suggests that they value certainty of sale in all years over having the flexibility to seek higher prices in periods when market conditions are favourable.”

But the report singles out the Riverland region, where growers are affected by particularly high market concentration, and most have agreed to long-term contracts that minimise price competition.

The Riverland is the nation’s largest wine producing region, stretching from Paringa to Blanchetown.

“These agreements have a significant impact on the competitive dynamics of the Riverland wine grape market.

“As CCW has an agreement to sell its grapes to Accolade, it cannot threaten to switch supply to another winemaker (and) a large proportion of the Riverland’s grapes are not available to be purchased by other winemakers.”

In a statement to InDaily today, a spokesperson for Accolade Wines said the company welcomed the opportunity to participate in the ACCC’s process, and to provide a detailed submission addressing the matters discussed in the report.

“In 2009, Accolade Wines was a founding signatory of the Australian Wine Industry Code of Conduct, which covers commercial relations between winegrape growers and winegrape buyers,” the spokesperson added.

According to the ACCC report, the number of growers in the Riverland Region fell by 21 per cent between the years 2000 and 2018.

The vast majority of remaining growers in the region – 94 per cent – make a loss.

Most growers in other warm climate regions in Australia also make a loss.

A table from the ACCC report.

Growers in cool climate regions can demand significantly higher prices for their grapes. 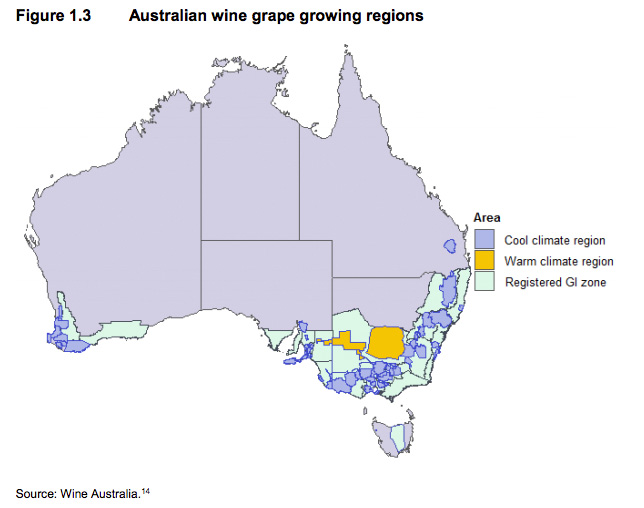 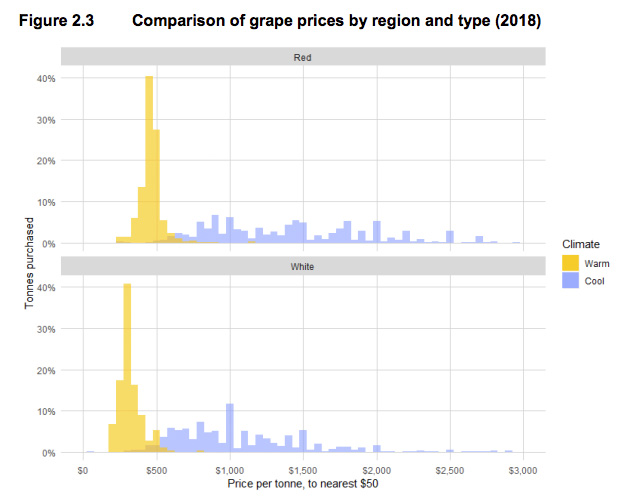 The report argues that too few major winemakers have signed up to the Wine Industry Code of Conduct.

The ACCC is threatening to recommend making the code compulsory.

“In the absence of a significant improvement in voluntary code participation in the near future, the ACCC may need to recommend that the code be made mandatory,” it reads.

“Of the major winemakers with a winery located in the Riverland, Accolade is the only code signatory.

“Pernod Ricard, another major buyer of grapes in the region, is also a signatory.”

It also recommends the simultaneous publication of prices across the industry.

Under the proposed reform, winemakers would be required to provide indicative prices to an independent body by 8 December for all grapes intended to be purchased from growers in warm climate regions during the subsequent harvest.

“Currently, much of this information is not available to growers in time to inform decisions.

“When growers can access and compare accurate pricing information from multiple winemakers, this enables them to determine which winemaker will provide the best price, or has historically provided good prices, before committing to sell to a particular winemaker (and) ensures that winemakers compete effectively for grapes and the market operates efficiently.”

You can read the full report here.

Submissions responding to the interim report are due June 28. You can make a submission here.