An Adelaide landlord took its tenant, Hosanna Excelsis One Universal Church – whose “world-wide office” is a post office box Adelaide’s western suburbs – to court, arguing that it locked itself into a lease for an extra five years by maintaining a hold-over period beyond a legislated deadline.

The claim was initially dismissed in the Magistrates Court but succeeded on appeal in the Supreme Court, with big implications for commercial property owners and business operators across the state.

“In certain circumstances, a landlord and tenant will be locked in for an additional term when they might not have expected it.

“It really is a bit of a game-changer.”

According to its website, Hosanna Excelsis One Universal Church has a world-wide office at a PO Box in Brooklyn Park – but it also has offices in Queensland and Western Australia, and has pastors working in India, Indonesia and several African countries.

The website claims that its founder, Apostle Pastor Lorraine Ibister, was miraculously healed of terminal cancer in 1971.

In South Australia, commercial tenants are entitled to a five-year minimum term on shop leases.

This can be split into an initial term – say, three years with a right of renewal for a further two.

In between these intervals is a legislated, six-month hold-over period, during which a tenant continues to pay rent and can decide whether or not to continue on with a lease.

In this case, Hosanna Excelsis held over its lease much longer than six months.

The church maintained the hold-over period for more than two years, continuing to pay rent but not exercising its right to renew the lease.

The landlord, Pastina Pty Ltd, argued in court that sections of the Retail and Commercial Leases Act – whose meaning has been the subject of ongoing debate in legal circles – meant that the church had locked itself into a new minimum five-year term because it maintained the hold-over period for so long. 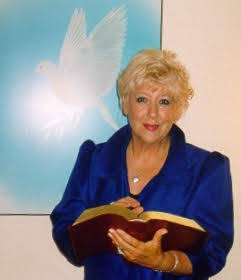 A photograph of Apostle Pastor Lorraine Isbister from the website of the Hosanna Excelsis One Universal Church.

In his judgment, Judge Sam Doyle repeatedly acknowledged that his ruling in the case was surprising, but nonetheless necessary because of the wording of the legislation.

“I acknowledge that the construction of (the relevant section of the Act) I have reached will in some cases result in lessees receiving tenure for periods in excess of five years,” Doyle’s judgment reads.

“While this seems a surprising result, and perhaps unnecessary to achieve the objective of ensuring a reasonable period of tenure, it is my view the consequence of the language Parliament has used in drafting (the Act)…

“As mentioned, while this might seem a surprising result, I see no way around it without doing impermissible violence to the words used by Parliament.”

Richardson said the decision could become a problem for either a tenant or a landlord depending on the circumstances.

“(The judgment) reduces the flexibility for tenants if their business isn’t going well,” said Richardson.

“For landlords, it might not be ideal for them either.”

He said all parties should review their tenancy agreements and if necessary seek legal advice to ensure they don’t get caught out.