Funeral services company InvoCare says “soft market conditions, namely, a lower number of deaths” impacted its bottom line 2018, but it has told investors the market is “normalising” and more Australians will probably die this year.

InvoCare is the parent company of White Lady Funerals and Simplicity Funerals – each of which runs three funeral homes in Adelaide – and owns several funeral service, memorial and cremation businesses across Australia, New Zealand and Singapore.

“History suggests that these conditions are unlikely to be sustained and that reversion to the positive long-term trend is typical,” he added.

The company released its full year results in a report to the ASX that same day, explaining that effective vaccination programs and an unusually mild winter flu season had caused the dip in “death volumes”, but “expectation is for the number of deaths to return to long term trend”.

“Improved trading in the Australian funeral business in (the final three months of 2018) and January 2019 is pointing towards the market normalising,” and deaths per year are expected to grow by 50 per cent by 2034, it reads.

“Death volumes were lower in Australia due to mild winter and effective flu vaccinations,” the report reads. 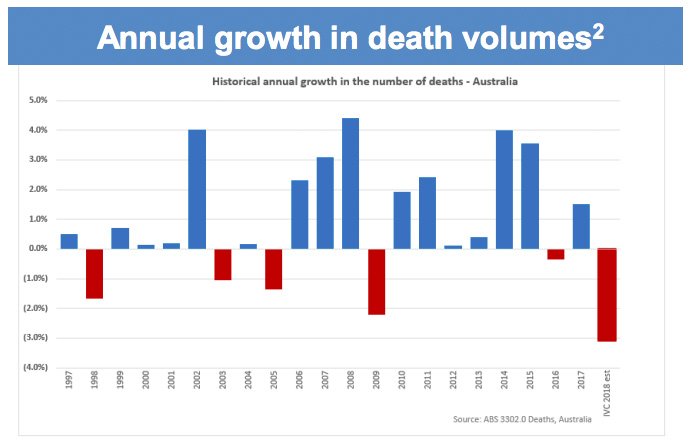 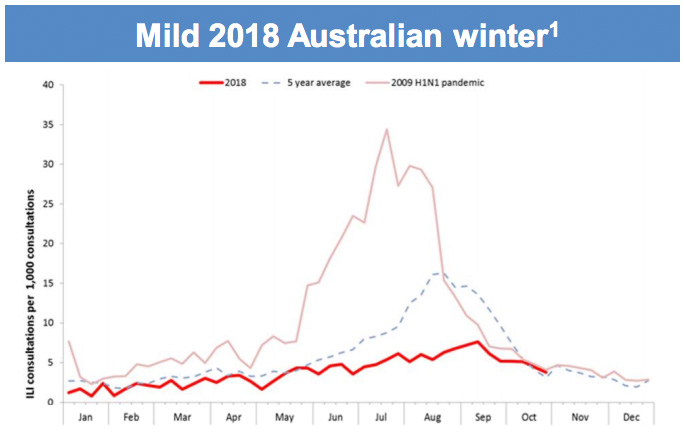 InvoCare has been buying up small funeral homes in regional Australia to capitalise on what is described as a “demographic opportunity”: more retirees are moving from the city to the country before dying there.

Under the strategy, the company will “focus on a select number of regional areas in Australia that collectively account for circa 19,000 deaths per annum (38 per cent of the total regional opportunity)”.

Specific regional funeral businesses are “selected due to their favourable demographics and ability to be supported by InvoCares’s existing network”.

“At the beginning of 2018, InvoCare had an estimated market share of circa eight per cent in regional areas, representing a significant growth opportunity,” the report reads. 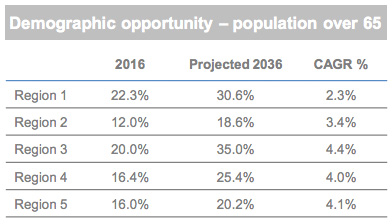 The company deployed about $73 million in capital and made $14 million in revenue from its regional acquisitions in 2018, according to the report.

InvoCare has also been renovating its funeral homes and shopfronts.

It hopes the renovations will increase the company’s market share from about 33 per cent to 40 per cent over the next ten years, on top of the acquisitions strategy.