Strike Energy has received $990,000 from the Government’s economic investment fund to bring its head office to Adelaide, creating about 45 full-time jobs in the city and another 40 between the Adelaide office and Moomba by 2021.

The “primary focus” of the ASX-listed company is the commercialisation of a “world-scale” coal-seam gas resources in South Australia’s Cooper Basin, the Government said, which made Adelaide the ideal choice for its head office.

“The move to Adelaide is both strategic and pragmatic as Strike begins to accelerate its growth ambitions and progress investment in its southern Cooper Basin gas project,” he said.

Strike was in dispute with multi-national explosives company Orica earlier this year, after it failed to deliver in time on a long-term gas supply deal struck several years ago. The deal was reshaped last month, with Orica withdrawing its claim to recoup a $7.5 million prepayment for gas under the original agreement.

The original deal was part of an attempt by Orica and other heavy gas users to avoid hefty gas price increases in the eastern states. Despite the early nature of Strike’s Cooper Basin project, they considered the risk was worth taking.

Energy Minister Tom Koutsantonis today had no doubts about Strike’s capacities, saying the relocation of “a company of the calibre of Strike Energy”  was further proof that South Australia was becoming “the centre of the nation’s gas sector”. 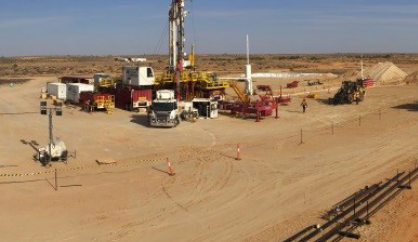 “The Cooper Basin, where Strike is focussing much of its exploration efforts, is considered Australia’s most prolific onshore oil and gas region and is recognised globally for its untapped gas potential,” Koutsantonis said.

The Government said Strike was “pioneering the commercialisation of an industry-first, deep coal seam play that will unlock a significant gas resource”.

“Upon commercialisation, this resource is anticipated to become an asset of national interest.”

In 2015, the State Government convinced OZ Minerals to shift its head office Adelaide with a $10 million partnership deal.

Last month, OZ Minerals gave the green light to the $916 million Carrapateena copper mine development in South Australia – a project it said would create around 1000 new jobs during construction and 550 ongoing through its operational phase.