South Australia is on Dassault’s radar due to the Future Submarines project, in which it is a partner of fellow French company DCNS, the winning bidder to design and build the new Australian fleet.

As InDaily reported yesterday, DCNS Australia interim chief Brent Clark this week declared his company the builder of the project, with Commonwealth-owned ASC charged with servicing the existing Collins fleet.

This squared with stakeholder briefings DCNS had provided its French stakeholders in recent months, InDaily revealed.

Dassault also counts ASC as one of its long-term customers for its systems, which includes a suite of design, project management and collaboration tools based on a 3D platform.

However, Marchadier said the company’s talks with state and local government went well beyond defence industries and for this reason it was keen to add an Adelaide office to its Australian presence, which is currently focused on Perth and Brisbane.

As InDaily reported in March, Dassault is pitching its “smart cities” approach, which involves constructing 3D models that can be overlaid with complex levels of data, allowing planners to simulate changes to infrastructure, predict transport needs, map the effects of new developments and more.

So far, Dassault has only had a business development manager in Adelaide among its 170 Australian staff, but this is going to change soon.

“The question is not to move people from place to another place, but to invest now in Adelaide,” Marchadier said in an interview at the Paris International Air Show.

He indicated that the company, which had revenue of more than three billion Euros in 2016 and has 15,000 staff across 179 sites, would provide some opportunities for local employment.

“Now the question is with the potential for the future, we are talking about some projects and fortunately we will have to hire and … create a bigger team in Adelaide,” he said.

He said the size of the team would be determined over the next “weeks and months”, with Dassault also reassigning existing staff to projects in Australia. 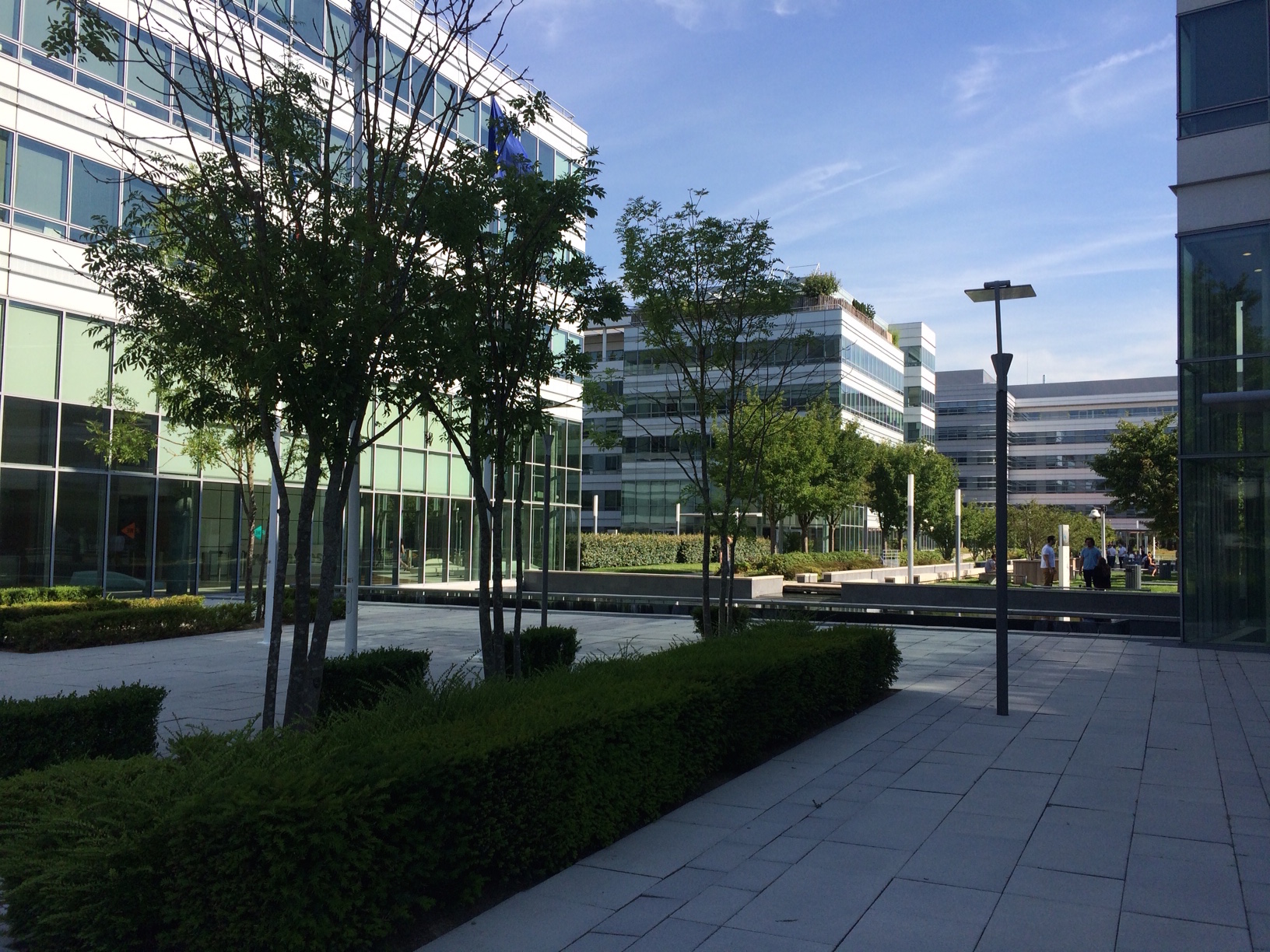 The five-building HQ of Dessault Systemes in Paris.

Dassault, which was part of DCNS’s winning bid for the future submarines project, has connections with a who’s who of the world’s heavy-hitting industrial companies.

It is particularly strong in aerospace, having grown out of Dassault Aviation, the leading French aircraft company, and counts Boeing among one of its biggest clients. However, it reaches further into companies like Tesla, Samsung, Bayer, Rio Tinto, and the government of Singapore, for which it has completed a 3D model of the entire city-state, down to each building and individual tree.

The company started in the 1980s with a 3D computer design program. This is still an important part of the business, but it has expanded its offerings to include project management, supply chain management, and collaboration tools, to name a few.

Virtual-reality platforms are part of its offerings, with the 3D city models, for example, able to be experienced using the immersive technology.

It also supports start-ups through the global Fab Lab network, and it sees opportunities to support innovative smaller Adelaide companies.

The bigger opportunity, though, for Marchadier is Australia’s industrial transformation, which can be seen in the struggling energy system, but also in broader challenges facing cities.

“I think that Australia is facing an interesting moment,” he said. “Your industry has to change: this is an opportunity more than a weakness.”

The closure of the car industry is a signal of this change.

He said that Australia had the chance to hook into the digital transformation to be connected to the rest of the world, and he’s keen to explore opportunities for innovative R&D with government and universities in South Australia.

Manufacturing doesn’t need to suffer from the tyranny of distance, he points out, with the fast-evolving 3D printer technology moving some of the economic focus from physical construction to design.

“In the 21st century, objects won’t be transported – they will be transmitted,” Marchadier said, in reference to the capacity of 3D technology to transmit a designer’s plans for manufacture by a 3D printer anywhere in the world.

3D printers have quickly evolved from being capable of producing plastic components, to taking advanced materials such as metals and ceramics. The next generation in 3D printers will also be able to produce the chipset, he said, completing the industrial loop.

Marchadier will return to South Australia next month.

David Washington travelled to the Paris International Air Show as a guest of Dassault Systemes.