The method, developed by Simmonds Seafood Marketing Agencies, involves shaving the lip of the oyster to create a small opening where a knife can later be inserted to greatly simplify the shucking process.

The opening is immediately sealed with wax to keep the juices in and the oyster alive.

Inventor and oyster marketer Bob Simmonds says the wax coating also provides branding opportunities because it allows stickers to be applied that provide information about providence and packing dates.

He says the ability to keep oysters alive while making them easier to open gives them a much greater shelf life compared to the typical pre-shucked product.

“Most oysters are opened, half shelled and then sent to restaurants and hotels. 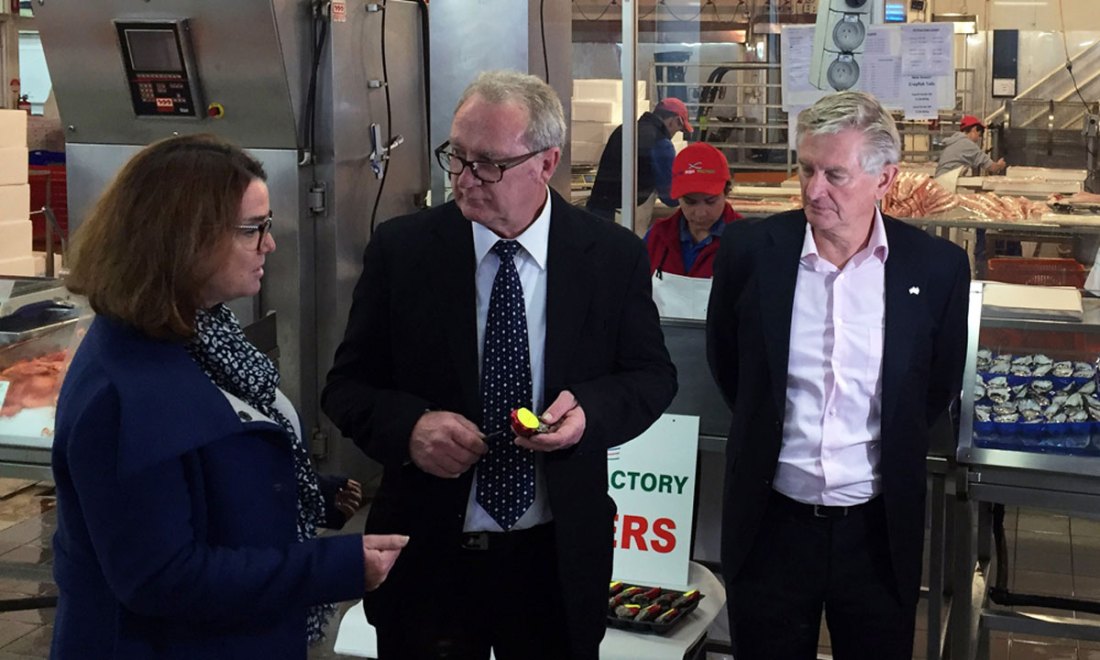 Trading in Adelaide as Oyster Bob, Simmonds sells 18 to 20 million oysters a year on behalf of South Australian oysters farmers, who produce about a third of Australia’s harvest.

Simmonds has entered a partnership with the Fisheries Research and Development Corporation (FRDC), which now owns the worldwide patents for the procedure, and is working to develop machines to streamline the process.

He says the easy-open oysters would be ideal for the Asian market because of its appetite for live seafood products.

Australia exports more than $1 billion of seafood a year to Asia, driven by strong demand for rock lobster, tuna and abalone.

“All the oysters that are sent out of Australia have been whole live and they are opened overseas but it’s a very laborious task,” Simmonds says.

“If we can take that part of it out of the equation and have an oyster ready to eat, that’s going to appeal to a whole lot of areas – especially China and Asia where they like live product.

“It can be opened live at the table and people can see the branding and have a discretionary taste of it just like they do with a bottle of wine.”

Simmonds and the FRDC have secured grants to develop three machines to realise commercialisation.

Oysters processed using the new method could be on the shelves in about a year.

“The product itself performs. It’s now about getting the numbers up,” Simmonds says.

Simmonds says as well as having great potential for export, the new method also is ideal for the retail market.

He says cooking shows on television have created an appetite for freshness among home cooks and made people more adventurous when it comes to news ways of serving food.

“Now at retail level we can put them in a dozen pack and people can take them home and open them themselves easily at a dinner party or whatever it may be.

“It’s also the novelty factor of doing something a bit different, too. Having it live at the table and branded are the essential ingredients to me.”

Simmonds says the machines could be potentially sold commercially to other oyster processors once the process was perfected.

“The FRDC and I both believe this is one of the best things to happen to the oyster industry as far as marketing is concerned for a long, long time,” he says

“I don’t say it’s ever going to replace the current method but it’s just another string to the bow.”