In the CommSec State of the States report released today, New South Wales retained its top spot based on above-average population growth, an improving job market and solid retail trade.

The report says the plus for SA in the December quarter was equipment investment, but retail trade was a negative.

CommSec says the lower Australian dollar should benefit the state’s tourism and education sectors over the coming year. 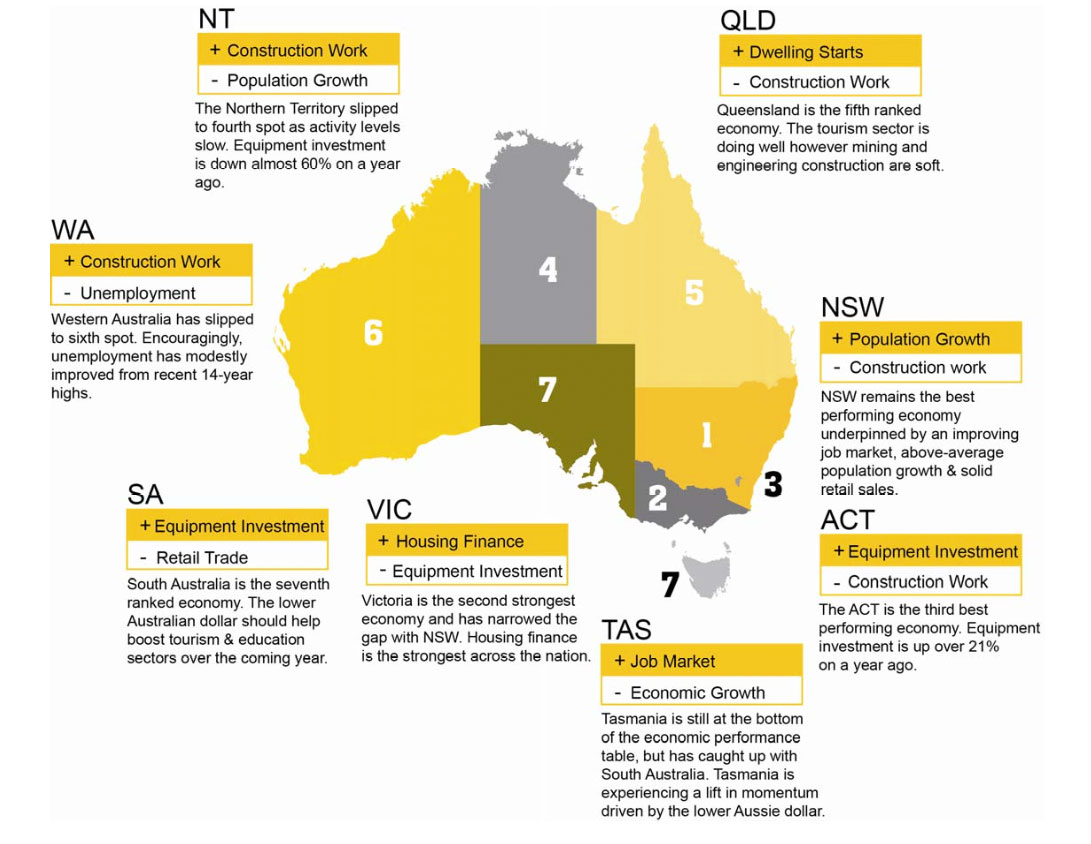 South Australia’s economic growth in December – measured against the decade-average – placed the state ahead of Queensland and Tasmania. 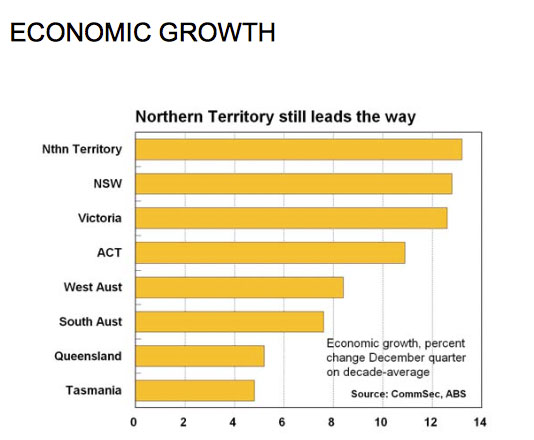 South Australia recorded the weakest result on retail spending, up 6.5 per cent on the decade average, just below Tasmania with 7.1 per cent growth and the ACT with 9.3 per cent growth. 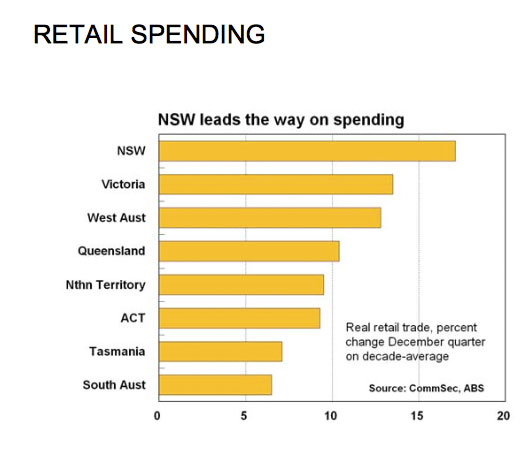 On equipment investment, South Australia was down 5 per cent into fourth spot, just behind Victoria which was down 1.4 per cent on decade-average levels.

NSW recorded the top equipment investment performance with ACT second. The biggest move in the quarter was the Northern Territory, shifting from second position to eighth – further highlighting the transition in the economy after the resources boom. 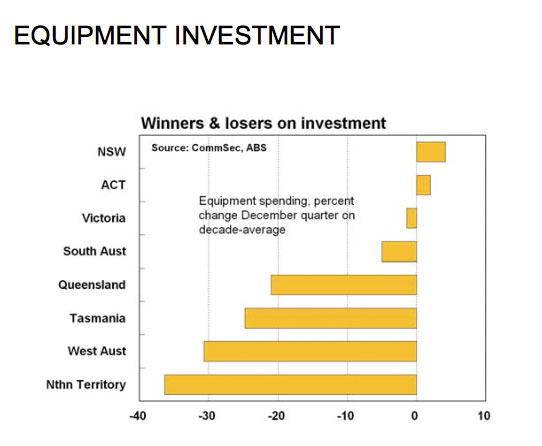 In construction, South Australia was up 5.2 per cent, sixth behind Tasmania but still with more work being undertaken than ACT and Queensland. 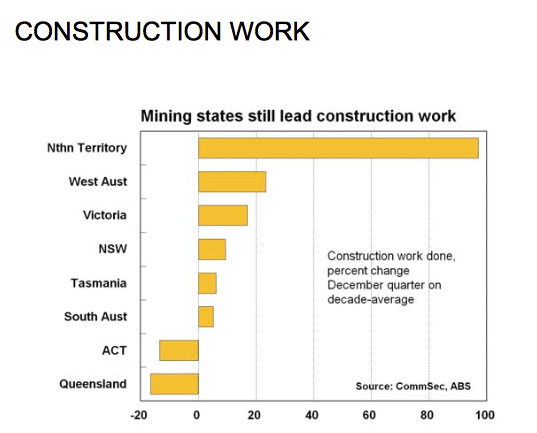 Western Australia recorded the worst employment performance for the quarter. South Australia was the next worst state, with its trend unemployment rate 25 per cent above the decade average.

The ACT jobless rate was 18.5 per cent above the decade average, while Queensland was mid pack – its 6 per cent jobless rate up 13.7 per cent on the average. 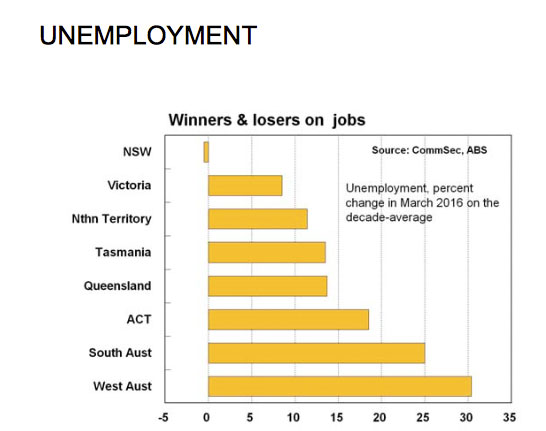 South Australia’s performance dwelling starts was the worst lowest nationally and were down 4.9 per cent on a year earlier. 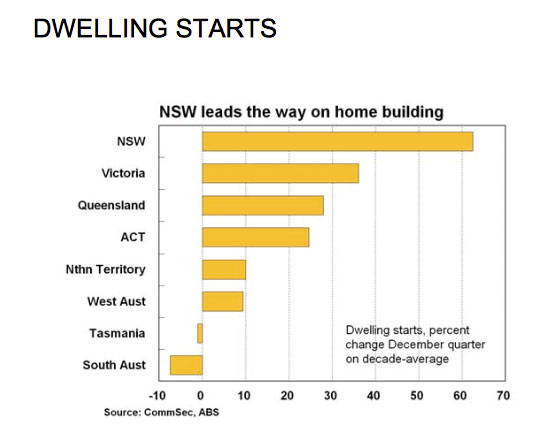 Real wage growth was the second highest in South Australia, with wages above consumer prices (inflation). 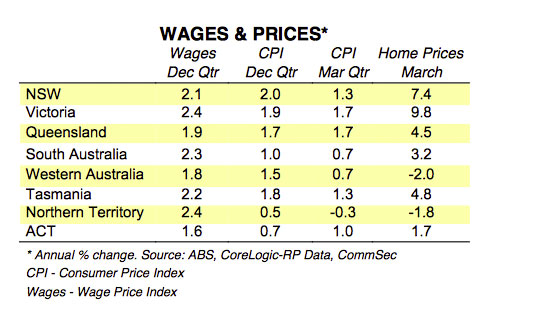