The agency said its outlook remained negative, to reflect the continued operational challenges faced by the company across much of its portfolio.

“The downgrade principally reflects Woolworths’ continued operational challenges across much of its portfolio,” a Moody’s vice president and senior analyst Ian Chitterer said.

“The trend in comparable-store sales growth at its core Australian Food and Liquor business has been negative for the past three quarters and Woolworths does not expect a significant improvement in the 2H2016.”

Woolworths last week unveiled a first half loss of $972.7 million, its first loss in more than 20 years, with earnings hammered by stiff competition and its failed hardware chain Masters. 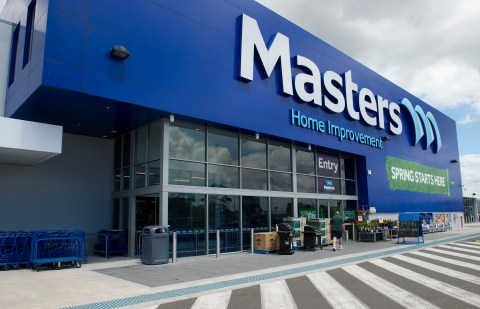 “Woolworths continues to have a solid credit profile and is confident the execution of its strategy will deliver the best outcome for its customers and investors,” the supermarket operator responded on Wednesday.

The 1HFY2016 result highlighted the loss in market share and margin erosion in the supermarket business, only partially offset by the continued strong performance in Liquor.” Chitterer, who is lead analyst for Woolworths, said.

Moody’s said it continued to recognize the strong market position of Woolworths in the Australian market as supportive of its Baa2 rating, albeit the negative outlook reflects the risk associated with the turn-around of the supermarket and general merchandise operations, in a highly competitive market.

In its Australian food and liquor business, Woolworths has invested $A350 million in price 1H2016 in order to defend market share, and expects to invest as much again in 2H2016.

This has contributed to their negative comparable store sales of -0.8 per cent for 1H2016.

While Moody’s recognised that was a strategically valid response, it could take time to gain traction, during which time margins are likely to remain pressured as price investments were likely to exceed cost efficiency gains, he said.

Woolworths’ intended exit from home improvement, while a long-term positive from a credit perspective, was likely to require a high level of management attention and Moody’s believed that there may remain a risk that unexpected cash costs could impact the firm’s financial profile, with the valuation of the put option being one potential source of risk.

Moody’s forecasts Woolworths’ adjusted debt/EBITDA for FY2016 to weaken to around 3.8x, from the 3.5x reported in FY2015, as EBITDA has fallen without an offsetting reduction in debt.

Additionally, Woolworths has confirmed its board continues to target a dividend payout ratio at 70 per cent for FY2016. EBIT/interest expense is forecast to weaken to 3.5x in FY2016 from 4.1x reported in FY 2015.

MOODY’S – WHAT COULD CHANGE THE RATINGS

For the outlook to return to stable, Moody’s would expect the comparable-store sales growth in the Australian Food and Liquor business to revert to a positive number on a sustained basis.

At the same time Moody’s would expect to see debt/EBITDA below 3.75x and EBIT/interest expense to be above 4x.

Given the negative outlook, a rating upgrade in the next 12-18 months is not likely. For an upgrade to be considered once the outlook is stabilized, comparable-store sales in the Australian food and liquor business would need to revert to a positive number, the general merchandise division would have returned to growth, and the exit from the Home Improvement segment would need to be well progressed, with an outcome in-line with expectations.

We would expect leverage to be maintained below 3.25x and EBIT/interest expense to be above 4.5x on a sustained basis.

The rating could be downgraded if comparable-store sales in the Australian food and liquor business deteriorate further or remain negative in FY2017, and/or the general merchandise division keeps underperforming, and/or the exit from the home improvement segment results in cash costs in excess of expectations, including the valuation of the put option.

Indicators of downward rating pressure would include debt/EBITDA of 4.25x and/or EBITA to interest expense below 3.3x.