CommSec’s State of the States report for the 2015 September quarter released today measured SA’s economy as the seventh-rated economy, only ahead of Tasmania.

Although SA sat seventh in its economic performance, it was ranked fourth in population growth and housing finance but this was tempered by ranking seventh or last on three of the eight indicators.

It also ranked SA as the worst performer for dwelling starts while housing finance and other construction work fell. Home prices recorded a 0.1 per cent drop in Adelaide.

SA scored just under 8 per cent for its normal or average economic output during the past 10 years. 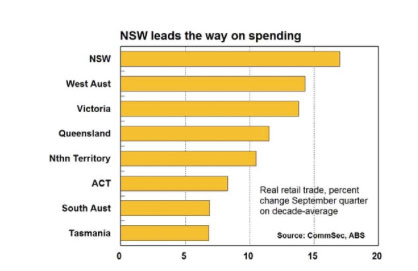 “If monthly retail trade was assessed instead to calculate the rankings (November data available), the rankings would be slightly different with Victoria in second spot and South Australia in eighth position,” the report stated.

SA fared better in the report’s unemployment measures, with the jobless rate easing in trend terms over the quarter. Nevertheless, the state’s unemployment rate was still 28 per cent above the decade average. 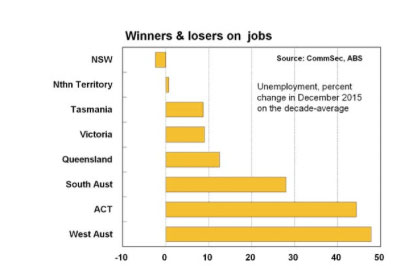 Construction work around the state was 1.6 below decade average, the third-lowest national performance.

Housing finance was mid-range in terms of state-by-state performance, with SA sitting in fourth place. 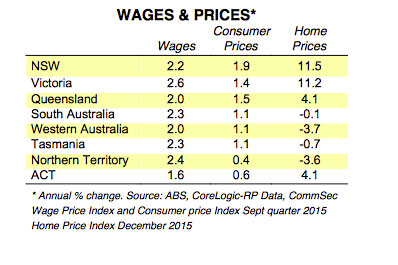 “Unemployment is a lead indicator and a sad symptom of what isn’t working in our economy,” McBride said.

“We now have a level of unemployment – and underemployment – that appear to be fast becoming an entrenched position and a significant outlier compared to other states and territories.”

McBride said unemployment was a “sad symptom” of what wasn’t working in the economy.

He said in order to effectively attack unemployment, SA needed a multi-faceted approach including getting medium size companies into national and international markets as soon as possible and making the state attractive to Asia and Middle East investment.

“We need to increase the opportunity to create nation building infrastructure jointly funded by state federal and local governments – these projects not only create significant employment in the short term but also build an economic base and a level of sufficiency that will support our broader economic recovery.”

The quarterly report is an analysis of the performance of all states and territories based on eight key indicators: economic growth, retail spending, equipment investment, unemployment, construction work done, population growth, housing finance and dwelling starts.