Addressing a CEDA Adelaide audience this morning in his first speech since becoming chairman, Ferris drew his warning as he laid out his plan for Australia’s innovative future.

Ferris said despite Australia’s proud history of innovation and invention, key challenged stopping progress needed to be addressed head-on and would take years not months to turn around.

“I cannot, however, make a similar boast about our ability to commercialise and get our fair share of the world’s marketplace for this intellectual property and inventiveness,” Ferris said.

“Australia is struggling to even stay within the top 30 OECD nations in terms of any commercialisation metrics.

“We are now at risk of squandering opportunities created by our highly credentialed R&D [research and development] platforms.

“For example, in the health and medical research sector unless we expand our investment in clinical trials and the development of new drugs and medical devices for Australian and world markets, we will lose the opportunity to create substantial increases in jobs, exports and profits.

“So we have to build new businesses, new ways of doing things from the bottom up and top down if we want to have a robust economy for future generations that can also experience growth in jobs, exports and profits.” 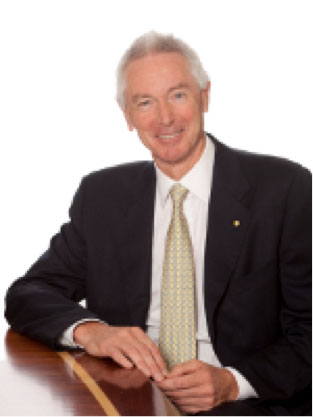 Ferris said innovative leadership needed to be “embedded in the thinking of all Australians” and praised Prime Minister Malcolm Turnbull and Industry, Innovation and Science Minister Christopher Pyne for raising the national status of innovation.

“… The importance of this innovation process is also about national prowess, leadership internationally, ability to help solve the problems of diseases of all sorts, to play a role in the development of renewable energy technologies, to create better jobs that will survive the inevitable thrust of automation and artificial intelligence likely within the next two decades.

“For innovation to impact at this high national level it has to be embedded in the thinking of all Australians.

“They [Turnbull[and [Pyne] have made this abundantly clear by elevating innovation to National priority status in Government policy.”

To do this, Ferris noted his insights from the 2015 Australian Innovation System Report, released today by the Department of Industry, Innovation and Science.

Among its many findings:

He said the challenges were access to risk capital funding, business and entrepreneurship skills and international markets with a lack of active collaboration for commercial outcomes, insufficient investment and interest in the STEM curricula of our schools, VET and university programs and a risk-averse culture that often results in the fear of failure trumping excitement of gain.

“In terms of challenge number 1, and in the context of the pending Innovation Statement, I can say that this is receiving a lot of attention at all stages of enterprise development, from seed through start-up and later stage growth requirements.

“One of the longest standing interventions of Federal Government, in recognition of the need to incentivise R&D spending by industry, is the Research & Development Incentives Scheme. Running at approximately $3 billion per annum.

“This scheme is sector agnostic with open access to all size enterprises. Evidence suggests that this scheme could be improved by a sharper focus on our higher growth and R and D intensive businesses.

“The Prime Minister and Minister Pyne are intending to provide a national innovation and science agenda next month.

“I am confident that this will be a comprehensive blueprint, one which will include a number of significant measures to deal with the list of challenges I have just outlined.

“While it is urgent to make a start on these challenges it is also important to manage expectations. Changed behaviour, such as that required for significant improvement in business and academia collaboration for commercial outcomes, will take years not months.

“Nonetheless, my sense is Australians understand the importance of this innovation imperative. Start-ups and small businesses of less than two years age managed to create 1.4 million new jobs in the post GFC years to 2012.

“This is powerful evidence of what’s possible in the years ahead.”

Ferris said South Australia was no stranger to innovation, referring to the state’s pioneering days and the many inventions produced here.

“Of course, Adelaide is itself an historical start-up, being our first free settlement back in the 1830s.

“And not too far up the road from Adelaide came the wonderful invention of the stump-jump plough in 1876.”

“Designed by Richard Smith and improved by younger brother Clarence, this new technology plough enabled a breakthrough for farming lands of the Mallee district and beyond.

“No longer would farmers need to grub out acres upon acres of stumps.

“I like this story not only because of the huge benefits but also because it demonstrates the difference between invention and innovation.

“Innovation involves the commercialisation process from proof-of-concept, through start-up and later stage market entry and expansion.

“The Smith brothers were undoubtedly among the best of this country’s early innovators.”