The food and wine session on Wednesday is the third of this year’s GovChat call-in series that were launched to “provide greater access to decision makers, chief executives, executive directors and ministers”.

SA’s food and wine industry is one of the state’s stronger performers with the sector ranked the third largest employer behind construction, engineering and manufacturing.

Research on South Australia’s top 100 companies compiled by Prescott Securities this year found that food and wine provided employment for some 5400 people, or 12 per cent of all companies listed and 1 per cent more than oil and mining.

Worth an estimated $17 billion, the SA food and wine sector’s rise as a major contributor to the state’s economy now sees it responsible for 12 per cent of all income brought it by the state’s top 100 companies.

Wine, worth about $2 billion in gross revenue and supplying 75 per cent of Australia’s premium wines, and food now account for 40 per cent of SA’s total merchandise exports.

According to the Department of Primary Industries and Regions SA, the government’s long-term goals for the sector are to increase international exports of differentiated and processed food and wine from $2.8 billion in 2013-14 to $3.2 billion in 2016-17.

In this year’s state budget, premium food and wine, along with resources, energy and renewable assets, were part of the government’s $15 million regional development fund and beneficiaries of a range of multi-million packages announced to stimulate economic growth. 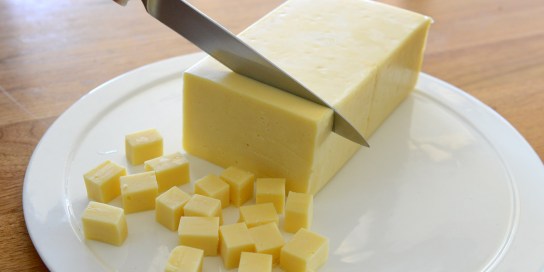 Henry said he was keen to hear people’s thoughts about how SA could grow its reputation as Australia’s food and wine state.

“South Australia has a strong overseas reputation as a producer of high quality food and wine, and I’m interested to hear what ideas people have that can boost it even further,” he said.

“It might be ideas about growing jobs in regional communities, supporting our farmers, or marketing our produce or our state in different ways.”

Bryant, who will act as call-in host, said this session of GovChat would relate to every South Australian.

“If you eat food in South Australia, then this is relevant to you,” Bryant said.

“This …event is all about our food and wine, something we all have some connection with whether we are producing it or consuming it.

“I’m looking forward to hearing what great ideas South Australians have on how we can boost our food and wine state reputation.”

The first session in February on public transport received 463 call with 391 answered and 71 submissions received online.

During the second session in June on law and order the public was asked for their opinions on sentencing and alternatives to prison, experiences as a victim or witness, policing, the correctional system, rehabilitation, youth justice and improvements to the justice system.

During the two-hour session, 285 calls were received and 73 online suggestions made. A summary was provided to Attorney General John Rau.

For those who can’t get through, comments and questions can be posted on the YourSay website www.yoursay.sa.gov.au/govchat3