They have become the pin-ups of Adelaide’s creative and artistic business hubs.

Feted by ministers, councillors and art industry bodies, Amber Cronin and Erin Fowler have been celebrated and held high as a collaborative success story since they launched artistic studio space The Mill in 2013.

Three “life-consuming” years on, The Mill, which burst on to the arts and business scene with so much promise and community enthusiasm, is on the brink of closure.

Established as an incubator to nurture Adelaide’s emerging artistic talent, their success in providing a safe area to nurse fledgling businesses has been held up and applauded by all tiers of government.

“South Australia has a real big problem with people leaving and going to the east coast,” Cronin tells InDaily.

“Erin and I both came here from living interstate and overseas to set up in South Australia and to keep young people here.”

The Mill was developed through a $17,133 JUMP Mentoring grant which launched Cronin and Fowler, young emerging curators and producers, by linking them up with Jeff Kahn, co-director and chief executive officer of Performance Space in Sydney.

Under Kahn’s guidance, the pair created a program for The Mill and to develop their skills in project management.

Their space on the corner of Angas and Pulteney streets, which houses a studio, gallery and a not-for-profit association for hosting exhibitions, performances and workshops, was also the recipient of a Renew Adelaide grant to secure the building.

The Mill is now an eclectic space where jewellers, visual artists, fashion designers, photographers, printers and cobblers, to name a few, come under one roof to develop their businesses.

However, The Mill now faces becoming a victim of its own success and while the businesses they support are flourishing, the vessel housing them is sinking.

With seed funding long gone and operating with no government assistance, rising running costs are outstripping their sole income sourced from the rents of their tenants.

“Amber and I have put in countless volunteer hours.”

The financial pressure has become so great that Cronin and Fowler say they may not see out the rest of the year, resulting in 37 small businesses losing a base from which to develop.

The supporters are now needing support.

With the limited incoming financial stream, they say The Mill is “slipping through the gaps” and doesn’t fit into any specific category to apply for grants to get them through the hard times or to seek assistance. 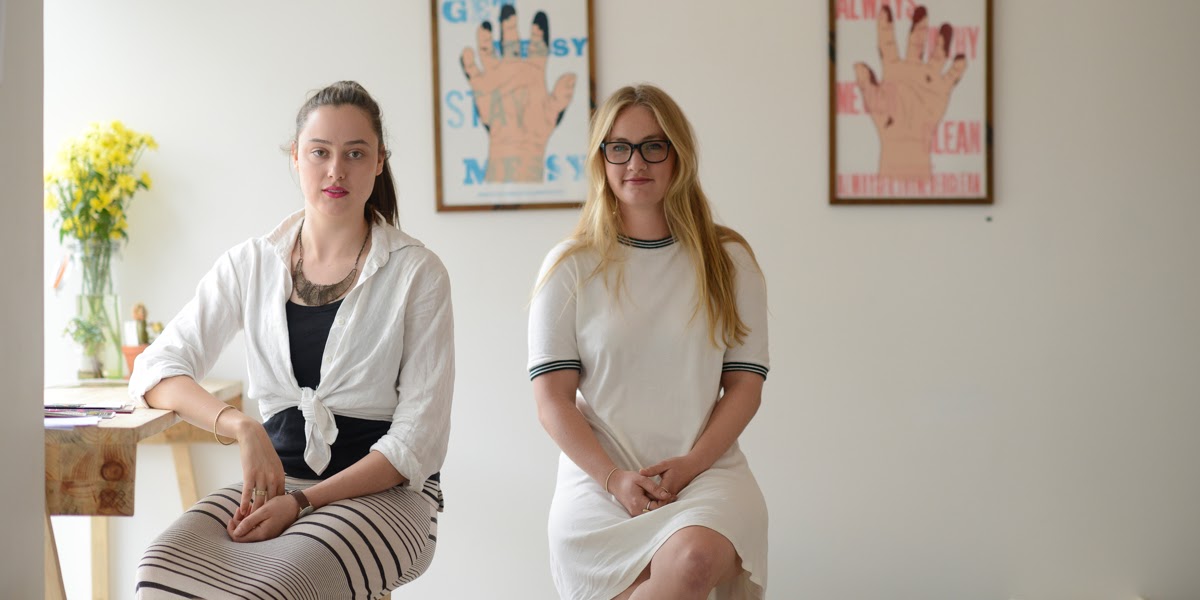 In addition to their roles managing the hub, Cronin and Fowler have been approached by the government seeking their input into how SA can foster new talent.

“We love being a part of all these conversations, we’re extremely excited to see how talented these people are,” Cronin says.

“I don’t think we anticipated how much we would be thrown into the politics and the policy conversations.”

But if The Mill closes and without a financial lifeline, Adelaide will achieve the exact thing it has been trying to avoid – lose another support network for emerging artistic businesses.

“We’re doing exactly what the South Australia government wants us to do.”

SA Arts Minister Jack Snelling told InDaily uncertainty around federal funding, in particular from the Australia Council for the Arts, may be creating insecurity among artists.

Snelling toured The Mill in August and says he was impressed by the facilities, adding it provides “a great space for artists to collaborate and generate new and innovative art, which contributes to the vibrancy of the city”.

Arts SA met with Fowler and Cronin early this week to provide advice on how The Mill can access government and non-government support.

Executive director Peter Louca says he is working closely with the “energetic duo” who has received three Arts SA grants.

“They told me about the current issues with The Mill and the immediate cash-flow problem,” Louca tells InDaily.

“I reiterated Arts SA’s strong support of their initiative to date and discussed potential opportunities they might access as they transitioned their business model to a sustainable basis.

“Arts SA is continuing to work and support initiatives such as The Mill [and other artistic spaces], Fontanelle and Feltspace.”

It’s been a bumpy ride for arts funding around Australia these past two years with cuts and policy shifts coming from the federal level.

Under former federal Arts Minister George Brandis, some $104.8 million was grafted to create a new National Program for Excellence in the Arts, with all allocations being approved by Brandis’ department.

The fallout to the funding change to the new arts body in May was swift with Australia Council cancelling projects and funding rounds for artists.

In September Brandis was dumped as Arts Minister in the new Turnbull Government.

Artists immediately appealed to new Arts Minister Senator Mitch Fifield to “undo” the damage caused to the industry by Brandis and to return the money taken out of the Australia Council.