It was not so long ago that women and mining was such a rare combination that special briefing sessions were held on-site to help rugged mining men prepare for their new co-workers.

Since then, women’s presence and influence in resources has made leaps and bounds and last night the industry recognised the contributions of those who have cut through a male-dominated industry to make a difference.

That recognition, from the dusty rocky mining operations to the shiny corporate offices, has been achieved through a mix of candid and covert gender equality programs and key women who have competently demonstrated their abilities in the industry.

Despite her father’s reservations about her career choice, Wu entered mechanical engineering at Queensland University of Technology where she allayed fears and excelled, winning the QUT University Medal.

Wu joined Santos as a graduate and progressed into an engineer role, followed by planning analyst and senior engineer.

In 2014 she received the Society of Petroleum Engineers Outstanding Service Award and Young Energy Professional Award for Southern Asia Pacific.

Wu is part of the SPE International Gender Diversity task force and participates in a number of groups where women are given the opportunity to raise and discuss career paths and female representation.

She is currently co-authoring a paper on the Adoption of Social Media in the Australian Energy and Resources Sector. 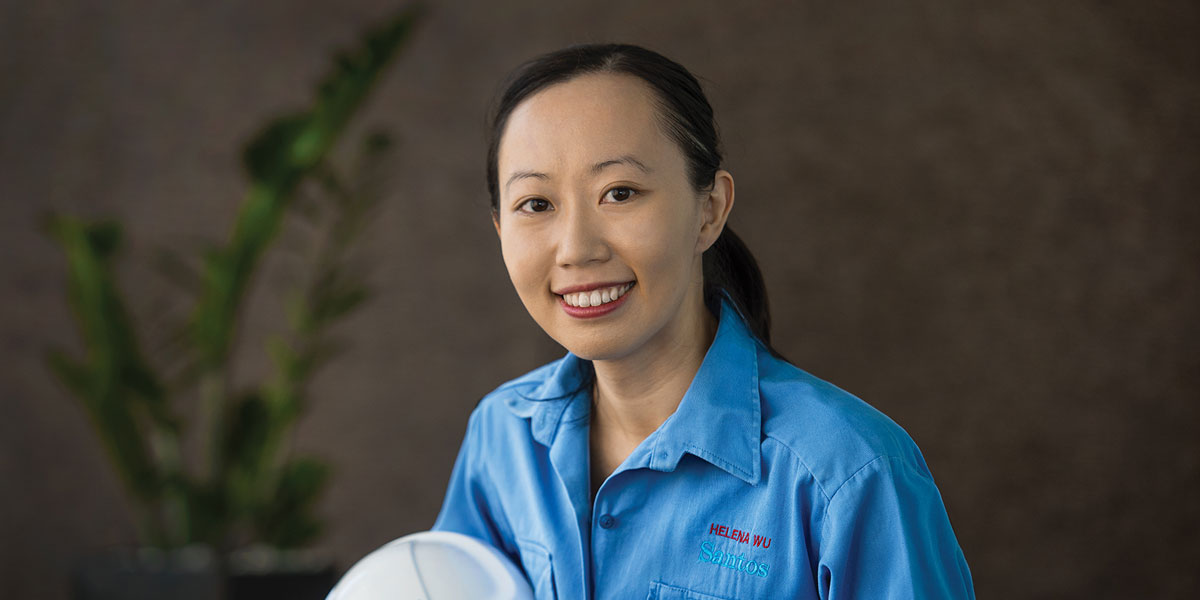 Her fellow crew, or “the Dingo crew”, is a group of five Indigenous women operating trucks and her accomplishments have raised the bar for others to see what can be achieved.

Her grandparents, elders in the Aboriginal Kalparrin Community, were initially concerned their grand daughter’s training as a plant operator was dangerous but fear turned to joy when she qualified.

In 2011 a program to equal the playing field for female workers was launched by Adelaide-based Santos, among many programs initiated by resource companies around Australia.

That initiative was named this year’s top program to address gender inequality in the industry.

“Importantly, the program is governed by the executive team with evidence of board accountability,” Burgess said.

“It was pleasing to see the driving force behind this program was the business benefits of greater gender diversity, including improved performance and culture.

“The program’s success is underpinned by a broad range of initiatives and strategies with a focus on continuous improvement.”

Premier Jay Weatherill said the winners’ success highlighted the leading role SA played in supporting diversity across all sectors of the economy.

“In South Australia, we want people and business to thrive and that includes the pioneering women of the resources sector.

“Their success provides inspiration to the next generation of South Australians and reinforces our belief that we can eliminate stereotypes wherever they exist even in previously male-dominated industries such as mining and energy.”