It’s a version of the old adage of ‘selling coals to Newcastle’: an Adelaide-based partner of international GPS applications company, Geotab, is sending products developed locally to the big multinational’s head office in Canada.

Securatrak has just launched an innovative GPS-based phone app in Australia which takes the guess work and time out of completing Fringe Benefits Tax (FBT) submissions by vehicle fleet owners. And at the same time the Soteria Electronic Logbook, as it’s known, is being added to Geotab’s mobile application Marketplace.

As Securatrak’s managing director Mark Holmes explains, the local company is increasingly diversifying its product range to meet Australian market demands, all of which have a strong focus on improving occupational health and safety outcomes. In turn, such results have a very positive impact on a company’s bottom line.

In the process, Securatrak is adding to Geotab’s product portfolio and gaining access to the big international firm’s global marketplace.

Securatrak gained its initial foothold as Geotab’s exclusive strategic partner in the Australasian and Oceanic region in South Australia’s oil and gas sector which was dealing with a high level of vehicle accidents causing injuries and some fatalities.

The company introduced a Geotab application that monitored driver behaviour including vehicle speeds, harsh accelerating and braking, seat belts not being worn, handbrakes not being applied and four wheel drive range not being engaged as required by road conditions.

With the downturn in the resources sector over the past 18 months, and with an eye to diversifying its product range, Securatrak started exploring new ways to to use GPS.

Securatrak engaged a small team of software developers and started looking at potential applications based on the data generated by its GPS tracking devices in corporate vehicle fleets. The first new product that emerged from this lateral thinking was a mobile phone app to replace the extensive paperwork associated with completing fringe benefits tax forms.

Known colloquially as the ‘FBT app’ inside the company, but more formally called the Soteria Electronic Logbook, the app allows a driver to readily record which use of a company vehicle was for business or private use.

“Our system automates every single trip that is taken by a driver,” Mark Holmes told The Vanguard. 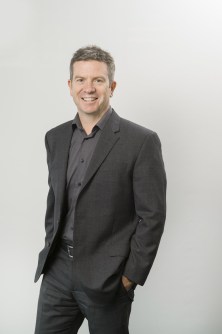 “The driver does not have to do a thing other than, when they complete the trip, answering a prompt that asks whether the journey was business or private use.

“The app will do that function over an entire fleet in a matter of minutes rather than people going over each individual log book.

Having received approval from the Australian Taxation Office six weeks ago for the app to be used for FBT purposes, Securatrak is making its first forays into the market. Holmes said the response has been very encouraging.

“We have had a fantastic response in the market from some very large organisations – one client has more than 1000 vehicles in its fleet,” Holmes said.

“We used to rely purely on Geotab’s expertise but we now see the development of our own products, our own intellectual property, as being fundamental to the growth of the business.”

Development of an Australian local product that can also find a market internationally is adding another dimension to Securatrak’s partnership with Geotab.

“The FBT app is fundamentally about differentiating between company and private use and companies globally still want to know what the difference is – not from a taxation purpose because they don’t have FBT, but from an operational point of view,” Holmes said.

“The app we have just developed is being put out to Geotab’s marketplace – and they have over 500,000 users globally. People can go to that site, look at the Electronic Logbook app, and we can sell that product to other global companies.

“We’re a value adding partner to Geotab and it opens us up to global markets.”

Securatrak’s product portfolio includes Mobileye (a collision avoidance system for vehicles), Man Down Pendant (an alert system for lone workers in isolated locations) and a Journey Management Centre (detailing the location of employees, particularly in emergencies) based at the company’s head office in Thebarton.

Along with new product and app developments, a central element of the company’s business model is establishing partnerships with telecommunications carriers like Telstra.

“In the past two years we have formed a partnership with Telstra and they can sell our products through their network of shops and government and business units,” Holmes said.

“The partnership has introduced us to industries that we have never had access to and is exponentially growing our presence in those markets. Telstra is a strategic and important partnership for us moving forward.”

Securatrak has recently signed an agreement with Vietnamese telecommunications carrier, Mobifone, and is establishing a regional headquarters in Singapore to support its expansion into the “huge” potential market of Southeast Asia.

Mark Holmes also has some novel ideas for employing GPS technology to reduce the high fatality rates on the nation’s roads.

With the cost of the required hardware and software reducing, Holmes raises the possibility of GPS units that currently collect data on driver behaviour being placed in the vehicles of probationary drivers to monitor speed, driving patterns and seat belt use.

Holmes said young people who drive responsibly and showed all the right skills “could be rewarded and potentially come out of their P plates quicker than others”.

“I think there are some real opportunities to bring down the road deaths among young people. When a person receives their full license there would have been complete transparency on what that person had done rather than occasionally being recorded going through speed camera,” he said.

Sending a signal from the ground to a group of satellites and back again seems to produce endless possibilities.