No-one thinks twice when they use a web browser these days: it’s simply an automatic tool to find the web site you want.

John Schultz is looking forward to the day when his ‘device browser’ is equally familiar and unexceptional – and being used by millions of people to control all manner of devices, from the air-conditioning and lighting in the home, to complex industrial and commercial applications.

Right now, it remains exceptional because, as the chief executive and co-founder of Adelaide company Xped explains, no-one has matched the potential of the device browser to revolutionise the way devices are operated, monitored and managed.

The key to Xped’s innovation is the complete reversal of previous thinking about how to connect and control devices.

Rather than develop a raft of individual controllers for each product or application, with each represented by a coffee table remote control or mobile phone app, Schultz and his co-founder Chris Wood have turned that process on its head.

“The question that emerged from a brainstorming session was: ‘could a device teach the controller what its functions and capabilities are?’,” Schultz told The Vanguard last week.

“If you could answer that question, then it was not necessary to design a system for every existing product and all the applications to come.”

Schultz, Wood, and colleague Phil Carrig set out to find the answer. Four years and more than 100,000 lines of clever software code later, Xped has a chip that can be placed in any device and will translate the product’s specifications and functions into a language that an electronic controller can understand.

It’s a process that’s best described by example. In a small office in Innovation House at Mawson Lakes, Schultz, an electronics engineer, picks up his mobile phone and, literally, taps it against a pair of audio speakers in which the Xped chip has been embedded.

Connecting instantly by wireless, an icon appears on his smartphone which activates the device browser, affectionately known as DeB. Pressing the graphic depiction of an on-off switch brings up Schultz’s favourite AC/DC clip, Thunderstruck, on a video screen and he then swipes the touch screen on his phone to adjust the volume.

Schultz then waves the smartphone past a tailor-made plug (containing the Xped chip) connecting a standard light to a power board. It’s at this point that the potential of DeB becomes apparent. Not only can DeB, the controller, turn the light on and off but, as the controller dims the light, the changing amount of energy used is displayed on the smartphone’s screen. 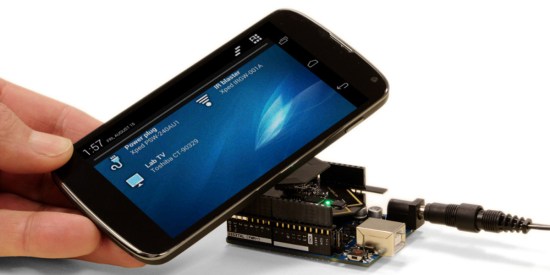 The chip can “understand” and report on the workings of the product in which it sits. The gains in efficiency and productivity are potentially enormous, when you consider this technology applied to a vast range of home, leisure, industrial, commercial and agricultural applications.

At this point, Schultz’s use of the word “revolutionary” to describe his device browser no longer borders on hyperbole.

In an interview with The Vanguard, Schultz says there was a “lightbulb moment” when the reality of what he and his colleagues had created became clear.

“We were working with a consortium that included some of the major players like Sony, Eriksson and Panasonic to develop new standards for the future of electronics,” Schultz said.

“We realised that our technology pretty much made all of their technology obsolete or, at least, could be used to improve what they were doing.

“We thought: ‘Wow, everyone is going to embrace this with warm arms and say this is great, it’s the Holy Grail we’ve been trying to achieve for all of these years’.

Schultz said the challenge in connecting devices “was how to create a standardised interface for devices that have not been invented yet – it’s virtually impossible”.

“There were three of us brain-storming this at the time and someone came up with the idea – what if the device described itself to the controllers; what if it just taught the controller how it should operate?

“That was the genesis of our device browser – we decided to build a system that allows the device you want to interact with to describe itself to the controller.

“We now have a platform which allows people to design a new generation of devices, which is a much simpler process than they have ever had before. It’s a much leaner and nimble process that means product developers do not have to conform to a consortium’s specifications and standards.

“Simple things can be produced only because the complexity is pushed into the background. And that’s what we’ve done.

“We do call it a revolutionary step, and it’s not just us saying that. People who have analysed our business say this is ‘truly a disruptive event’.

“It’s the equivalent of going from cutting ice blocks in an ice field to building an ice factory: it’s a disruptive, revolutionary step, and our technology has been likened to that.”

As with many developments that break the mould, the challenge for Schultz and his Xped colleagues is to find ways of commercialising their innovation.

Schultz said “the biggest potential is licensing our technology either through selling the chip or licensing through the software itself where someone just pays a royalty for the software” – an approach that worked very successfully for the Dolby sound system that is at the heart of many audio-visual products.

Xped is also looking at the potential for equity investment by taking on a partner in the company.

While Xped is looking for partners, its technology is already attracting attention and accolades. The company recently won the prestigious South Australian iAWARD for research and development for 2015 for its Auto-Discovery Remote Control (ADRC) platform.

A number of local companies, including a supplier to a large air-conditioning company and an industrial moisture metering company, are now incorporating Xped’s technology in their products and an MOU has just been signed with a Singaporean company with a big presence in temperature sensors.

Xped is also currently shipping 250 units of its ADRC module to a group of developers, ranging from hobbyists to universities and corporates, who use a platform called Arduino – described by Schultz as “the Lego of electronics” – to build electronic devices.

A presence in the commercial marketplace will help to raise Xped’s profile and meet its goal of playing a major role in device browsers. 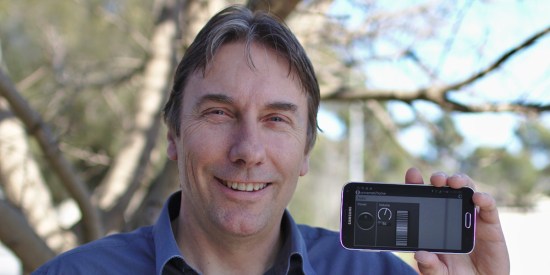 John Schultz showing a device’s controls on a smartphone

As John Schultz puts it: “We have a bold internal vision and that is we believe within 10 years we would like everyone in the developed world to have some exposure to our technology, whether they are using it themselves, know somebody who is using it or someone in their home as got it.”

It’s a big vision. But that’s what revolutions do – they change the landscape forever. After all, who still thinks about web browsers these days?