When he left school at 16 to work in the family cheese business, Claude Cicchiello had never given Harvard University one thought, let alone a second one.

But last week, sitting in the managing director’s chair at La Casa Del Formaggio, he reflected on his first three-week study module at one of the world’s most prestigious universities.

After being daunted by the prospect, Cicchiello told The Vanguard he was “blown away” by his experience at Harvard in May and is now looking forward to completing two more three-week modules over the next two years.

But ILF chief executive, Geoff Vogt – who would later describe Cicchiello as an “outstanding candidate” – convinced him to stay the course. And Cicchiello is pleased he did.

After receiving his $30,000 ILF grant – which covered around half his costs – but with no academic background, Cicchiello said he “approached Harvard with nothing but nerves”.

“On the first day when I saw the university, I said ‘crikey, what am I doing here?’

“I would still walk around campus and pinch myself, it was very humbling to look around and see the university that has a brand that’s known all over the world.

“The reason it was so daunting was that I went almost from zero in terms of formal education to Harvard.

“You tend to take for granted what you have learned on the job in your own business and Geoff Vogt said ‘you have done all this’. “And he was right, two days in at Harvard and I felt right at home.”

Cicchiello said the Harvard teachers were of the highest quality and experience and employed a very effective teaching model that focussed on discussions of business case studies encompassing marketing, finance, human resources and strategic management.

The 155 students in the course, representing countries from around the world, would first individually consider 2-3 cases studies a day, then discuss them with their dormitory group of eight students, before participating in a classroom setting of 80 students.

“I think the teaching method resonated so well because they didn’t give you the answers, there was no wrong answer. It was a really fast paced, facilitated discussion that had you thinking on your feet and being challenged on your perspectives,” Cicchiello said.

“All of the points from the class discussion would go up on the board and it wasn’t until the last five minutes that the lecturers would actually share what each case study company had done and what the results were.

“Often what you went in thinking was completely different by the end of the discussion.” 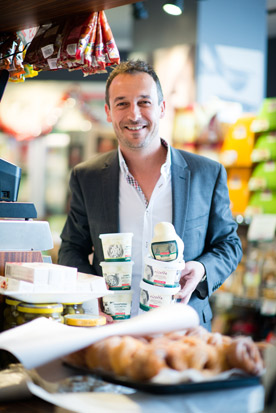 Cicchiello said the exercises honed his analytical skills and gave him a much broader, lateral way of looking at particular business scenarios.

“In business it’s lonely at the top and you are generally thinking things through on your own. But all of a sudden, at Harvard, you’ve first got eight people and then a room of 80 people, all sharing different views.

“It really makes you think in different ways – it was really mind blowing for me.”

With a classmate who had just sold a business for $300 million, another who managed a $3 billion enterprise and billionaires reportedly amongst their ranks, Cicchiello said everyone was in the class to continue learning, even though they were already hugely successful.

“In the classroom these guys were the same as you and me. In America, they celebrate success and whereas over here sometimes we throw stones at any business or family that does well.”

Cicchiello, who spent his early days in the family business in 1990s getting up at 4am to deliver cheeses to continental delis around Adelaide before spending the rest of the day on the factory floor, could have returned from Harvard “bursting with ideas and wanting to do lots of things.”

“But Harvard leaves nothing to chance and they even gave us classes on what to do when we returned home because you are tempted to come back and be a whirlwind and try and turn your business on its head.”

Instead, Harvard counselled a more measured and structured approach, making changes over time.

Cicchiello has followed that course and is encouraged to see his management team already embracing ideas that came out of Harvard on setting priorities and managing work flows.

“I have tried to teach my team here in the same way that I was taught at Harvard and it seems to have resonated with them.” 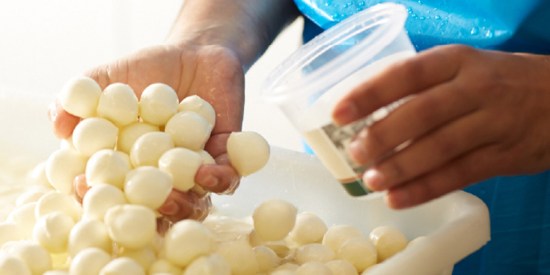 Bocconcini – one of many La Casa Del Formaggio products

Approaching 42 years of age, Cicchiello is bringing new ideas to La Casa Del Formaggio, a business that his Italian migrant parents started in 1984 and built up from a handful of products and local customers to an enterprise now employing 90 staff and selling nationwide. In the early days the company turned 200 litres of milk into cheese a day, it now processes around 60,000 litres of milk daily.

His classmates may have teased Claude Cicchiello for dropping out of Christian Brothers College when he was 16. It’s unlikely they do so now.

The Industry Leaders Fund was established in 2010 and provides grants to leaders and future leaders of wealth creating industries to develop their leadership skills. It aims to increase employment, wealth creation and head offices in South Australia.