When the smog clears, what will be left in Port Augusta?

Alinta Energy’s announcement in June to bring forward the closure of its two coal-fired power stations in Port Augusta as well as the Leigh Creek mine will leave hundreds jobless and the town’s economic prospects bleak.

The sun is setting on Port Augusta’s coal-fired economy but the sun may also be its savior.

As Port Augusta grapples with its pending uncertainty a blueprint for its future may already exist, in another small town on the other side of the world.

Lessons from the Nevada desert

Tonopah’s just another sleepy town in Nye County on Highway 95 around halfway between Reno and Las Vegas; it pops up, like a mirage, in the middle of the desert.

Like Port Augusta (and most country towns), Tonopah’s fortunes have long been tied to natural resources; once upon a time it was a mining town rich with gold and silver but over time its mineral reserves have slowly dried up.

On the sandy outskirts of town, Bob Perchetti’s old Clown Motel is one of the last stops before more Central Nevadan desert; you’d be forgiven to keep on driving – not because most of us suffer from some degree of coulrophobia but because recently, there has been no vacancies.

“I just looked at the records,” said Perchetti, who purchased the motel back in the 90s. “We had twice as much business last year with so many contractors.”

For the first time in its history, the town’s future didn’t come from beneath its feet; instead it’d been there beating down on them all along.

“We’ve been here all of our lives and it’s kind of crazy,” Perchetti said. “It’s been nothing but positive and we’re reaping the benefits here in Tonopah.”

“Economically, we were very stagnant,” said James Eason, who has been the town manager of Tonopah for the past 10 years.

“We needed diversification because Tonopah’s always had a history of boom, bust, boom bust,” he said. 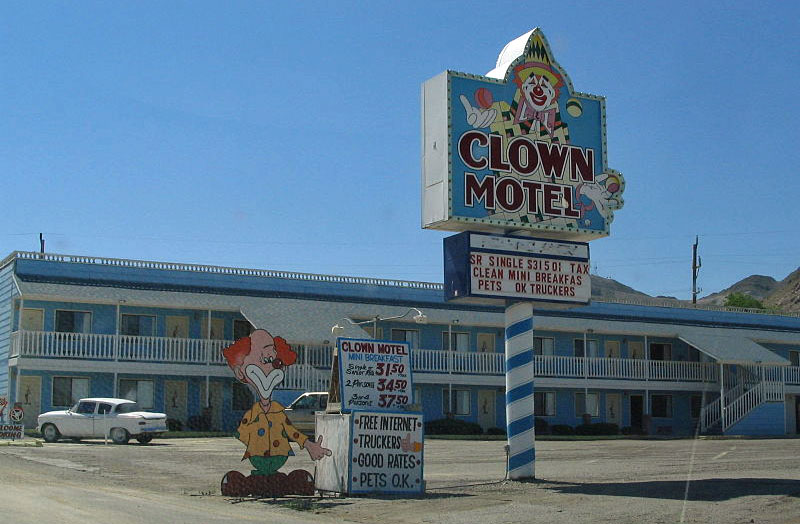 The miles of vast, empty desert that surrounds Tonopah, coupled with high temperatures, provided the perfect platform for a solar energy project.

What that means is the site itself looks more like something out of Star Wars than earth. In the middle of the desert, some 10,000 individually mounted heliostats – each about the size of a billboard – reflect the sun’s heat towards the top of a nearly 200-metre high tank.

The tank itself is filled with a mix of molten sodium and potassium salts, heated to 565 degrees Celsius, transferring the heat from the heliostats to the power production unit at the plant.

Nearly five years later, the project is almost complete. Besides capacity to power around 75,000 homes, the plant has reinvigorated local industry and saved Tonopah from becoming another ghost town in the state of Nevada.

Using renewable energy projects as a vehicle for diversifying the local economy isn’t unique to Nye County. Long-term renewable energy policies are in vogue worldwide. Investment in renewable energy is no longer seen just as a climate issue – it’s a long-term economic strategy that’s propping up industry in towns across the world.

While that vision has become a reality in Tonopah it continues to elude Port Augusta despite strong support from locals.

“We all knew eventually the power station would close,” Liz Lyla, a nurse in Port Augusta, who’s husband works in Leigh Creek, said. “This is why we’d called for a transition plan to solar thermal for Port Augusta.”

“We’ve supplied the state with power for decades, we think we deserve the opportunity to have clean energy jobs created in our community now the coal station is going to close.”

It’s neither climate nor resources that makes replicating the Crescent Dunes facility in Port Augusta a problem – it’s the political reality in Australia.

“It is a little frustrating as a developer,” said Tom Georgis, the senior vice president of development at SolarReserve.

“You’d like to operate in countries that have a forward thinking view around renewables, around climate change, around greenhouse gas emissions.

“You want to see a transparent energy policy to ensure that renewables and fossil fuel are on equal footing in terms of subsidies, incentives and regulations.”

Instead, Australia continues to stack the deck in favour of coal projects, making entry into the renewable energy sector financially unviable for outside investors.

But it’s not just policy that makes investment difficult – its money as well. Alinta Energy, with funding from both the federal and South Australian governments, conducted a feasibility study into the potential to transition the Port Augusta site to solar energy. However, it concluded that there was a $150 million capital funding gap, making any such project untenable. 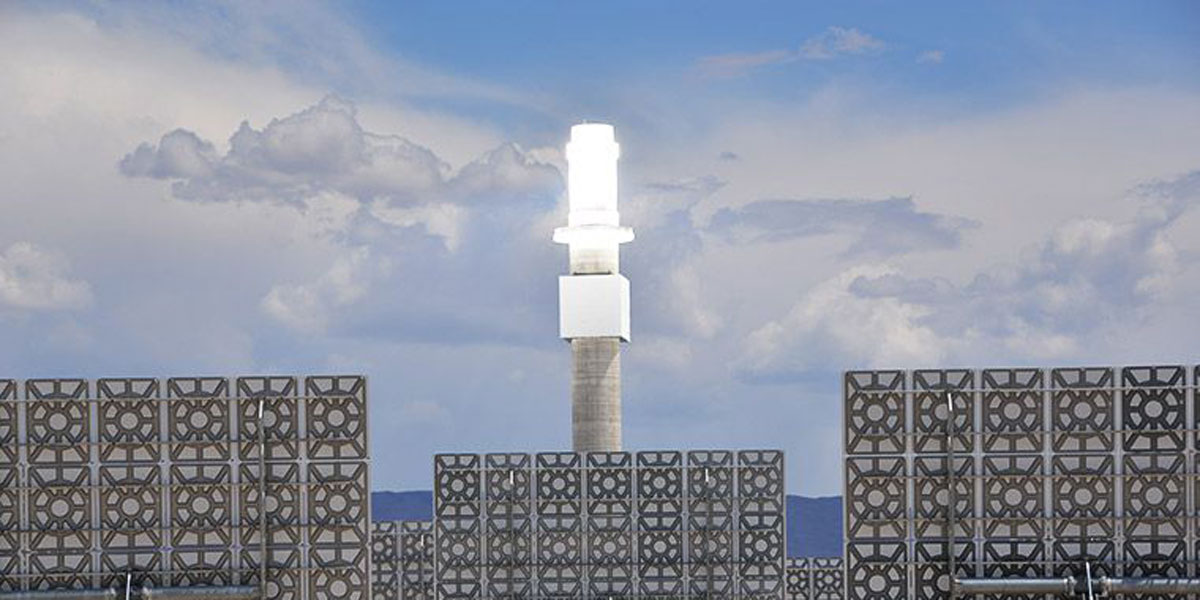 Like something out of Star Wars – the Crescent Dunes project.

The Crescent Dunes project had similar hurdles to overcome – the US Government provided a $737 million loan guarantee to make it happen.

“If we want to be a player in the global clean energy race, we must continue to invest in innovative technologies that enable commercial-scale deployment of clean, renewable power like solar,” said US Secretary of Energy Steven Chu when the deal was first announced.

SolarReserve admits that government support played a part in kick-starting its flagship project.

“Having that guarantee and then the financing incentives from the Federal Government in the form of treasury grants, investment tax credits certainly helps facilitate the introduction of newer technologies into the marketplace,” Georgis said.

So far, the US Government’s faith has been rewarded. Over the past three years, 1000 construction workers were employed at the Crescent Dunes site. Around 50 full-time positions will remain upon completion – the majority of which will be filled by locals.

“It was pretty quiet and they brought in a lot of business,” said Emily Campos, a Tonopah local, who moved back to town during the financial crisis of 2009.

“I was bartending in town and a private contractor offered me a job so I came out here and assembled heliostats,” she said, “Now, I’ve got a permanent job with SolarReserve.”

It could work in Port Augusta

In July 2011, the unemployment rate in Tonopah and Nye County hovered around 18% – the second highest in the United States. Now, that figure has been slashed nearly in half; a tantalizing prospect for South Australia as it struggles to cope with its highest rate of unemployment since 2001.

In fact, over the past decade, Nevada has become one of America’s solar leaders, using its abundant solar resource to spurn a green-collar economy and supply chain that has produced thousands of jobs.

“Today, there are 109 solar companies at work throughout the value chain in Nevada, employing nearly 6,000 people,” Ken Johnson of the Solar Energy Investment Association said.

It says a combination of Port Augusta’s available skilled labor (by virtue of Alinta Energy’s announcement), location and “phenomenal” solar resource makes it an ideal location for a future project – just like Tonopah.

“You hate to say that the timing is good but that confluence of all of these things happening around Port Augusta it makes a lot of sense to try to put one our facilities down there,” Georgis said. 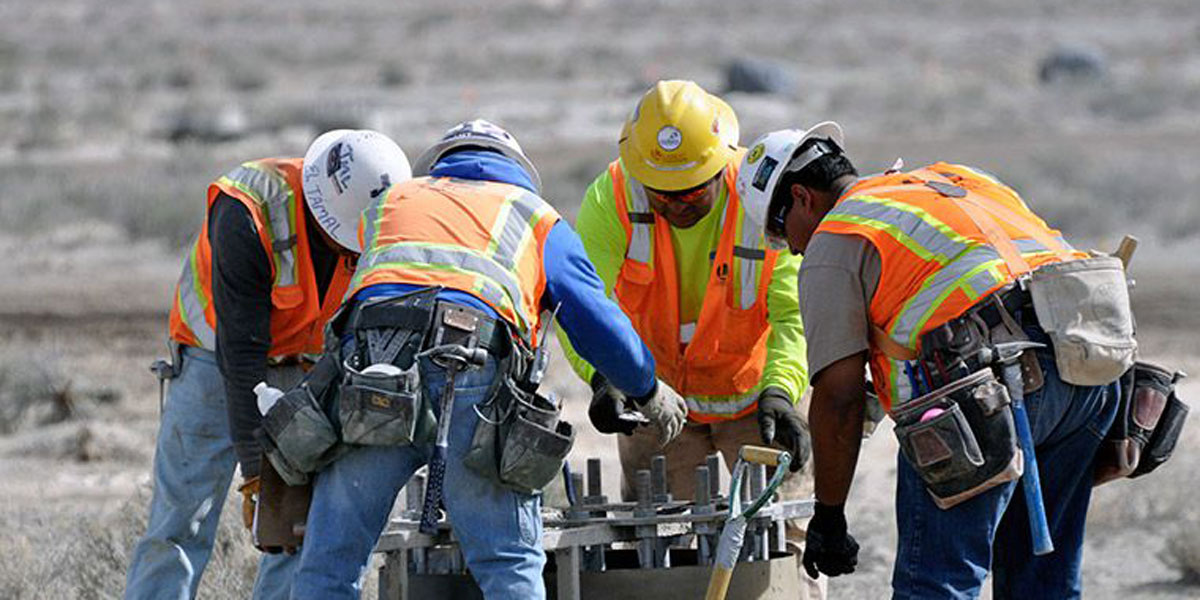 SolarReserve has been following the South Australian energy market intently for years but squabbling around the Renewable Energy Target and the Federal Government’s general reluctance to embrace the renewable energy sector has meant that Australia continues to fall behind.

While SolarReserve waits for a moment to move forward in Australia, it’s already got projects – just like the one in Tonopah – beginning in both South Africa and Chile.

“Port Augusta’s always been on our list of potential projects and so we will say we may accelerated a little bit given the announcement (by Alinta Energy) but we’ve always been bullish on South Australia and the opportunity there,” Georgis said.

For now, it remains a tough dichotomy for investors to rationalise: Australia, a country with some of the most fierce solar energy resource in the world is now the only inhabited continent without extensive utility-scale solar energy investment.

A robust renewable energy sector in Australia is ultimately inevitable but for South Australia, a state struggling with high unemployment and a flailing manufacturing sector, a green-collared economy is needed more than ever.

For Port Augusta, the dusty desert highways of Nevada would feel familiar – perhaps the future will too.Save