It’s a long way from Nepal to Australia but the fact that TAE is doing engine maintenance work for Nepali aircraft operators is indicative of the success of this Adelaide-based company.

From its facilities at Adelaide Airport and at Amberley Air Force Base, Queensland, and Williamtown, NSW, the company – originally known as Tasman Aviation Enterprises and owned by Air New Zealand – is making its mark in the world of aviation engineering and maintenance.

TAE’s South Australian operations manager Claud Freeman says the company’s success is a product of harnessing high quality technical skills with a passion for aviation and a commitment to its customers.

TAE’s experience in Nepal is a case in point. Some initial successful forays to that country were closely followed by April’s devastating earthquake. Fearing the worst, Freeman says he arrived in the office on the following Monday to find that one of the TAE staff members, who had been dealing with customers in Nepal, had spent the weekend calling all his contacts there and checking on their welfare. And all were well.

The company has since held three staff fund-raising days for victims of the earthquake, with another taking place tomorrow.

“All the money raised through the current round of fund raising events goes to Nepal as we feel this is justified as being a priority cause at this time, due to the scale of devastation in that country,” Freeman tells The Vanguard.

“So apart from the product that we offer, we have developed a relationship with the people in that country and they really value that. No matter what else you do, they will never forget our response to the earthquake.”

In Adelaide, TAE provides engine and related component ‘maintenance, repair and overhaul’ services for a range of turbo prop engines manufactured by Honeywell, Pratt & Whitney, and General Electric – engines commonly found on aircraft serving the mining and agricultural sectors and commuter services to many regional areas. The company also provides similar maintenance services for a wide range of avionic, electronic and electro-mechanical components at this site. TAE recently consolidated its components business into one site by moving its Masling Industries operations from Cootamundra to Adelaide.

At the heart of TAE services is a highly sophisticated engine ‘test cell’ in which newly serviced engines are tested to ensure their engineering integrity before being returned to customers.

Sitting in a secure area adjacent to the concrete enclosure that is the test cell, TAE’s team can also simulate a wide range of engine operating conditions in order to identify engine faults that may not be apparent to the aircraft operators. 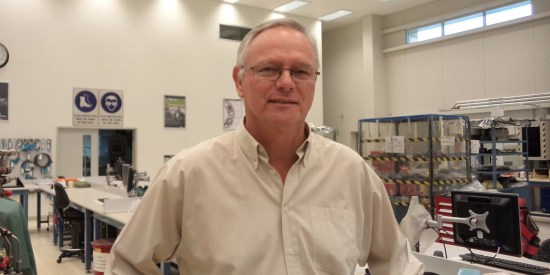 Freeman told The Vanguard that the TAE “has a team that is specialised in the design, build and setup of engine test cells”.

“We developed the skills within the business to cater for internal needs, but have discovered a broader external market where those skills can be effectively applied.” he said.

“We have a very talented team working not only here but in Malaysia, Thailand, and elsewhere in Asia, helping people set up test cells.”

TAE made a major investment in its Adelaide based test cell last year, overhauling the dynamometer (which simulates the load of the propeller on the engine) and upgrading the complex software that operates the system.

Noting that “you can’t pull up on a cloud and change a spark plug,” Freeman said “it’s important that when we release an engine to the customer that we have put it through a series of tests – does the engine start within set parameters, how does it run at idle – and take it through all of its expected performance settings”.

“The customer then knows that they can take the engine, install it in the aircraft, and take off.”

Those customers are increasingly overseas as TAE looks for growth outside the well-serviced local market.

“The Australian market is fairly well saturated – we are not the only company providing this service in Australia.

“So we recognised about four years ago that we will get to a point where every engine that operates in Australia is either with us or with one of our competitors.

“We started looking further afield and after first looking at Europe, North and South America – which would have stretched our wings a bit far – we decided to look at our closest neighbours in the Asia Pacific region.

“We have done a lot of research and we know pretty accurately how many aircraft with the engine types that we look after are operating in each region.”

Freeman said members of TAE’s sales team have an impressive blend of marketing skills and technical engineering knowledge about the engines and components that the company services.

“It’s a skill set that definitely enhances our position in the marketplace, as we are able to give our customers the confidence that we can deal with their technical issues first hand.”

When new business is secured and brought back to the Adelaide facilities, the engines are worked on in rooms that surprise an outside observer, spotlessly clean and with an orderliness that would not be out of place in a military barracks.

And innovative touches are apparent. Workshop staff came up with the idea to replace the draping of towels over dissembled engines to keep them dust-free with rigid, clear plastic ‘hoods’. It adds a professional look.

Freeman has been passionate about aviation since childhood but prefers to talk about the company rather than himself. Indeed, it’s at least half way through an interview with The Vanguard before he casually mentions he was British Airways’ chief engineer for the Concorde fleet.

After four years with the Concorde program, Freeman’s last job was finding a museum to become home to each of the aircraft in the Concorde fleet – to which he still refers as “my babies”.

An aeronautical engineer, Freeman says his passion for aviation started with packing parachutes at a local skydiving club at a young age. As he whimsically puts it: “The first time I ever flew, I jumped out of an aeroplane. I did spend quite a few years jumping out of aeroplanes. In fact, I had never landed in an aircraft until I had been up about 25 times – and the first time I did land in an aircraft it was pretty scary.”

Returning to the discussion about TAE’s activities, Freeman said there are some exciting developments occurring at the company’s Amberley facility. Already a long-standing service facility for the RAAF’s former F111 fleet and current Hornet and Super Hornet aircraft engines, TAE Amberley is gearing up for the arrival of the RAAF’s next generation fighter, the F-35 Joint Strike Fighter. 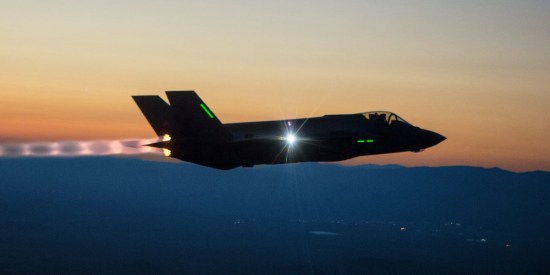 TAE is gearing up to service Joint Strike Fighter engines

And while sleek fighter jets and lumbering tanks might appear to have little in common, Freeman said the turbine engine in the Army’s new Abrahams tanks is very similar to the aircraft engines that the company currently maintains and are also being serviced at Amberley.

Freeman says TAE’s “big desire is to grow and succeed – to spread our wings a bit”.

It seems that TAE is certainly well on the way to achieving that goal.