Weaving a story of redemption around a “life-like” panda in a post-apocalyptic world, with equal parts empathy, pathos and confronting violence, required a lot of imagination by a group of young Adelaide film-makers.

But the ideas and innovation did not stop there with the online drama, Wastelander Panda, breaking new ground in terms of its funding, promotion, audience and viewing platform over the past three years.

As Kirsty Stark explains, the Panda project faced many challenges but, along with a series of “firsts” in Australian film-making, it has also received critical acclaim with awards for Best Web Series (Kirsty Stark and Victoria Cocks), Best Cinematography (Vivyan Madigan) and Best Composition (Christopher Larkin) at the 2015 South Australian Screen Awards.

Stark, who had worked in cinematography since graduating with a Bachelor of Creative Arts (Screen Production) from Flinders University in 2008, became the producer of the Panda series almost by accident.

“I started producing Wastelander Panda because there wasn’t anyone else available to produce at the time, and it’s turned into a new career path,” Stark told The Vanguard.

The Panda project represented a career step-change, and Stark has just produced her first feature film, A Month of Sundays starring Anthony LaPaglia, which will premiere at the Adelaide Film Festival in October.

“Wastelander Panda was an innovative process in itself because the idea was brought to me, as a producer, as a television series,” Stark said.

“I loved the concept but as a first-time producer, and Victoria Cocks as a first-time director, we didn’t think there was any way to get a television series up without proving ourselves, especially when people were having trouble understanding the concept.

“So we went back to basics and tried to figure out a process where we could prove what we wanted to do and show that there was an audience out there for this kind of series.”

The result, in the first instance, was a three minute trailer that the film-makers intended taking to the mainstream film financers as a proof of concept.

But then something happened that defined the project. Stark and her colleagues put the trailer online and within hours several thousand people had watched it and that number grew to 10,000 overnight, literally. The US popular culture and news site, Buzzfeed, then promoted Wastelander Panda and the internet delivered an audience of 100,000 people in three days.

“That was the point we realised there was probably going to be more strength in building that audience and developing the project online rather than solely relying on a gate-keeper at a funding agency to say: ‘Yes, we like your idea, here is some money’.

“Once we realised so many people were watching at that moment, and knowing the fleeting nature of content on the internet where material disappears in a few days, we decided we would capitalise on that and try and get some funding for a series.”

Within five days of the online launch, the film-makers had a crowd-funding campaign underway with Pozible.

“At the time (2012) there had been a little bit of crowd funding in Australia where people might have raised $4,000-$5,000 for a short film but we had never really seen anyone take it to the next level.

“We had attracted a lot of attention and decided we should see how far we could push this thing.”

The group decided to aim for $20,000 but were prepared to put their hands in their own pockets if they fell short of the mark – with a key feature of the crowd funding model being that a project does not proceed if it does not reach its target.

With an energetic online and social media campaign, running over a month, the group raised $25,000.

“We also set a record at the time for the highest number of supporters for a film project in Australia with more than 350 people supporting the Panda campaign,” Stark said.

“That was unheard of because at the time most people who were crowd-funding were reaching out to their personal connections but we managed to transcend that and go further into the instant audience that we had established with the trailer.” 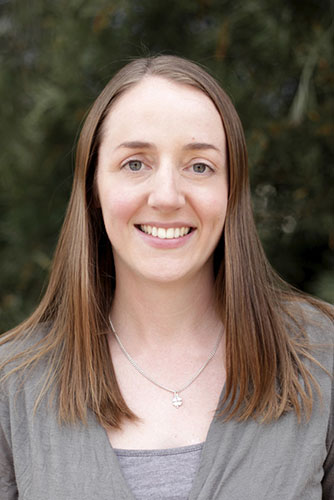 The crowd-funding campaign partially financed a three part series of short films which was launched online in May 2013.

Armed with the data from the online world which gave insights into the Panda’s fans – numbers, demographic and locations – Stark returned to the South Australian Film Corporation in search of additional funding to ensure they could pay their cast and crew.

“We took all of those statistics and presented them as a mini-business plan and said ‘this is where our audience is’.

“And that was the first time that a Government funding agency had ever funded a film using only online audience as a market as opposed to a film distributor of a broadcaster.

“We broke new ground for Australia.”

The three-part series garnered the attention of Melbourne-based Madman Production Company, which teamed up with Epic Films to develop a longer, six part series, which was co-funded by the South Australian Film Corporation, ABC and Screen Australia. The new series heralded another first for the Panda project.

“It was the first series commissioned specifically for iview, the ABC’s digital platform, and they basically wanted to take some of that online audience that we had generated and bring them into the ABC, because they were looking to attract a younger audience to the ABC as a broadcaster,” Stark said.

“We are so grateful to the ABC and the funding agencies because without them we wouldn’t have had the budget to make the project in the first place.”

While the Panda project clearly established the potential to use the internet as a film screening platform, the industry confronts the same challenge as online publishing – how to monetise the product and generate the revenue required to make high quality films.

“When it’s just an idea or a concept and you haven’t actually gone out and made a film, there is a risk and you can’t really rely on large enough numbers of people to take that risk through crowdfunding.

“People want a guarantee that they are getting value for money and that’s understandable, I would do the same thing.

“There is also so much free content available that most people may not necessarily be prepared to pay for content they haven’t heard of, because it is not a priority for them.”

Stark said the challenge is to find a way to capture the audience that the Panda showed does exist to generate a revenue stream. She said part of the answer may lie with the approach taken by the games and phone app industries.

“There may be a ‘try before you buy’ model where you might get the first couple of episodes for free but if you want to see the rest of the series you pay a small amount to subscribe.”

It’s a question that Stark and other young film-makers will continue to consider as the industry develops apace. In the meantime, and having just completed producing A Month of Sundays, Stark is working with writers on three scripts for a feature film, television series and a short film.

At the same Stark is a participant in Business SA’s SAYES program which provides support for young entrepreneurs.

Stark has recently taken over the running of Epic Films, the vehicle for the Wastelander Panda series.

“SAYES is an opportunity to think about the business from a business perspective rather than just as vehicle to carry film projects.

“I’m trying to get to the point where we have a slate of projects to produce an income stream that is more stable throughout the year.”

Seeking more stability in an industry that is, by nature, volatile may be ambitious – but then again no-one told Kirsty Stark and her colleagues that finding a world-wide audience for a quirky film featuring a life like panda might also be ambitious.