Calls for ‘buy local’ to help businesses survive is a sentiment that is heard and understood by South Australians.

But the reality is that price, convenience, and a multitude of other factors, mean that even with the best intentions most South Australians don’t buy local.

From ongoing mind and mood research conducted by Square Holes, in partnership with its new brand offshoot Budgie Love, the majority of the 400 South Australians surveyed understand that supporting local businesses is important, yet this is not a universal view.

“You know, we want to sell our Australian produce all over the world and we’re on the soapbox all the time about buying Australian. I think it’s a two-way street. I think we have to buy overseas products, as well as exporting our products overseas. Otherwise, our economy will go down the tube.

“So, I just buy on price and I think it’s a bigger view of the world than just buy Australian.”

Across age groups, the vast majority of survey participants state that supporting businesses employing people in South Australia is important, however young South Australians record levels lower than other age groups, which from previous Square Holes research is because as they often take a more global perspective.

There are many products South Australians prefer to buy local, with some of our iconic brands such as Beerenberg, FruChocs, Bickfords, Balfours, Coopers, Golden North and Farmer’s Union coming to the fore.

Also prominent to mind are our fresh foods, wine and beer. But many South Australian manufactured products are generally missing from the list, either because they are not top of mind, or even unknown. 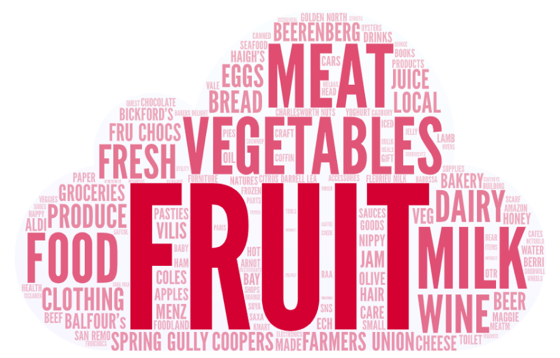 The economic and jobs creation role of buy local is understood, yet it is not a simple statement and action, just like many other behaviours. Good intentions do not often translate to action.

Ultimately, product choice is made based on the right product at the right price. Also critical in the buyer’s mind is being able to purchase conveniently and with a positive experience. This may not always be viewed as the case when buying local. 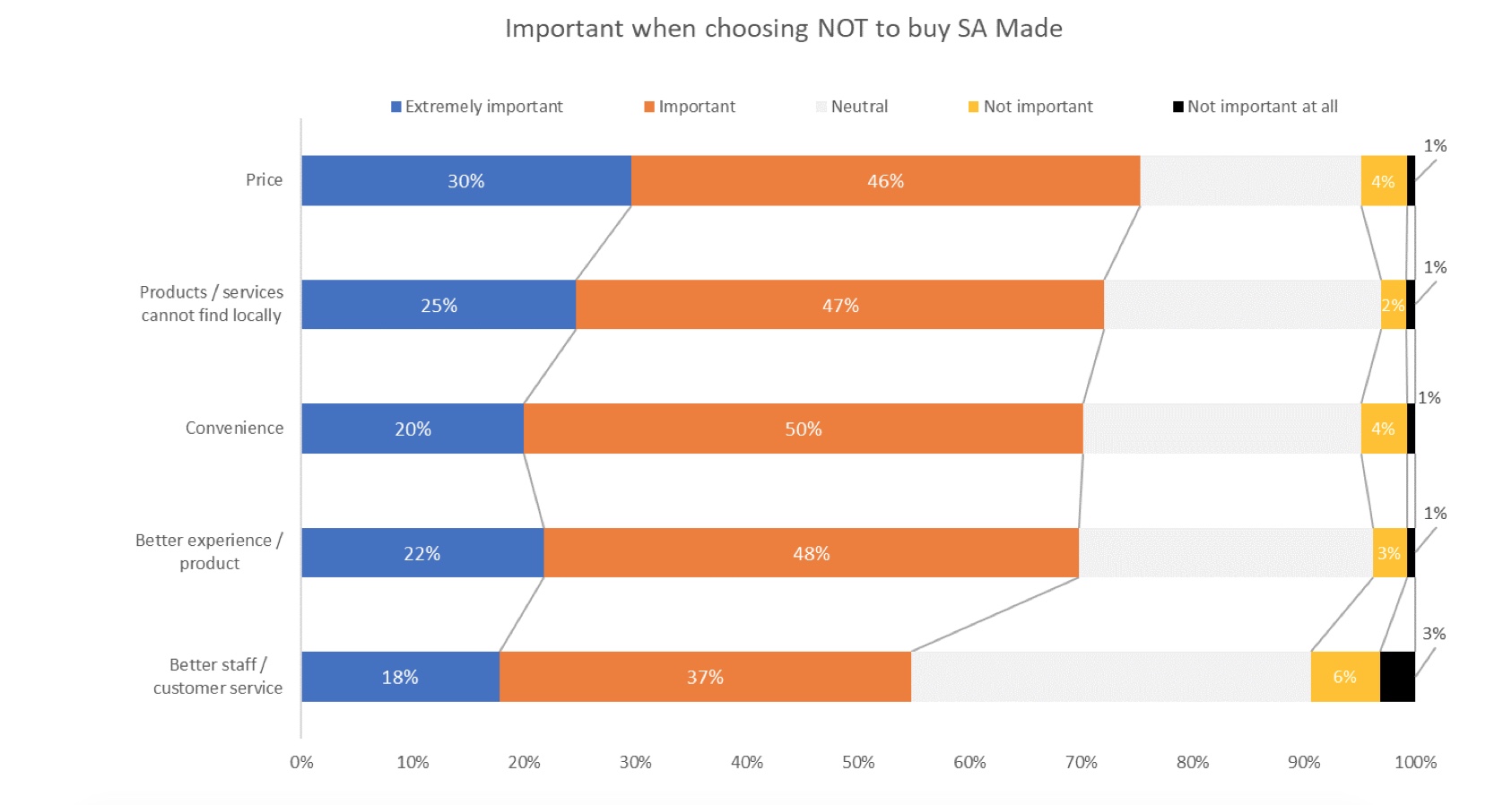 In saying this, saving a few dollars is the key driver across all age groups, followed by not being able to find suitable local alternatives.

Consistent with this, South Australians aged 18-49 are more able to identify South Australian products and a larger proportion of males believe they are able to easily identify local products. It is hard to buy local if products cannot be identified with ease.

For those able to easily identify South Australian made products, store signage (52 per cent), advertising (49 per cent), word-of-mouth (35 per cent), catalogues (29 per cent) and “have always purchased” (26 per cent) were the most common ways.

These answers were generally consistent across age groups, yet some differences exist, such as younger South Australians looking online while store signage was top for older age groups.

Clearly, South Australian brands cannot be strategically lazy and rely on the good hearts of locals.

Prominent signage, advertising and encouraging word-of-mouth are all critical, and many South Australia businesses have the opportunity to do this much better.

It is also interesting to reflect that 70 per cent of survey respondents state it is important for local businesses to export interstate or overseas where possible. Export is viewed as critical to our economy and keeping jobs in South Australia.

When the survey respondents working for small, medium and large businesses were asked the importance of their own employer exporting interstate or overseas, the levels of importance were much lower.

In a state very much reliant on the support of kind locals, this seems economically risky.

While most feel their business employer is well known locally (59 per cent) and well supported by South Australians (69 per cent), it may be that many local businesses are in a vulnerable position by not ensuring they are known and easily available and are overly reliant on buy local sentiment.

It seems somewhat obvious to encourage South Australians to ‘buy local!’ Perhaps the bigger push should be in encouraging local businesses to think more strategically locally and where possible globally, beyond South Australia’s 1.8 Million consumers to the world of 7.9 Billion.

Exporting is not for many businesses, and there are complexities. Even so, it is important for all businesses locally or export-focused to not be complacent and think strategically by making their products easily available, well known and worth paying a premium price for.