“While South Australia’s youth are less convinced that we are the best place in the world, they can see many opportunities from lifestyle to jobs if they decide to build a career locally, even if it means moving to our regional areas,” Dunstone said.

“Yet there is relatively low awareness of employment opportunities and new industries on the rise such as space and startups.”

He said that they also found as a general populace there is a level of apathy about living and working in South Australia.

“Respondents think ‘life’s good, and no need to overthink it’,” Dunstone said. 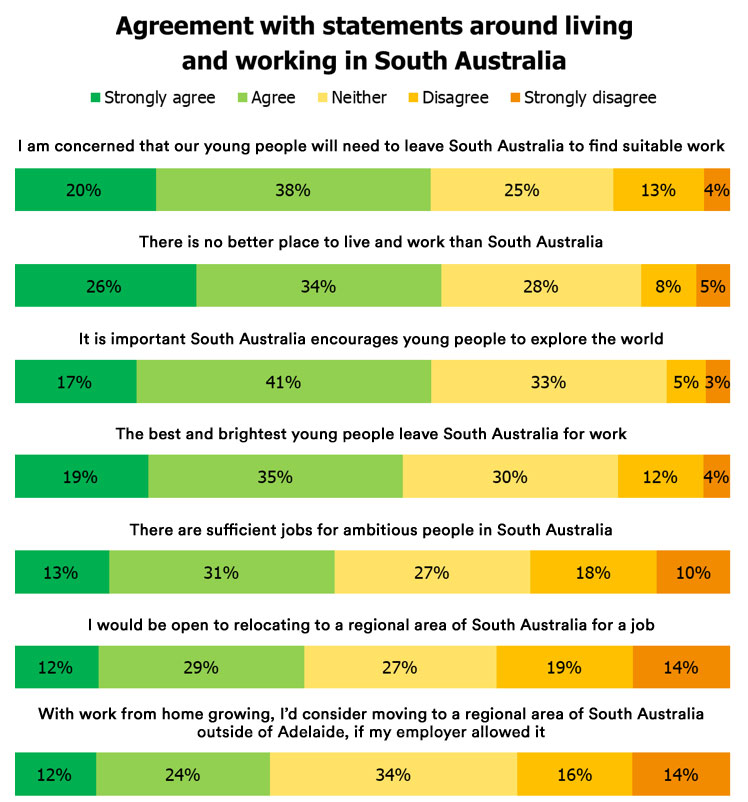 “There are notably large differences between the perceptions of our young South Australians and older age groups,” Dunstone said.

“For example, younger South Australians are less inclined to feel that we are best place to live and work in the world, yet our younger residents are most likely to believe there are sufficient jobs for ambitious people in South Australia.

SME loans to continue recovery assistance in wake of Jobkeeper

Dunstone said that they also found that young South Australians are also more inclined to consider moving to regional South Australia for work or to work from home.

Just over half (52%) of 18-34 year olds would be willing to relocate to regional SA for a job, while 42 per cent would consider moving to regional areas of SA to work from home if their employer allowed it. 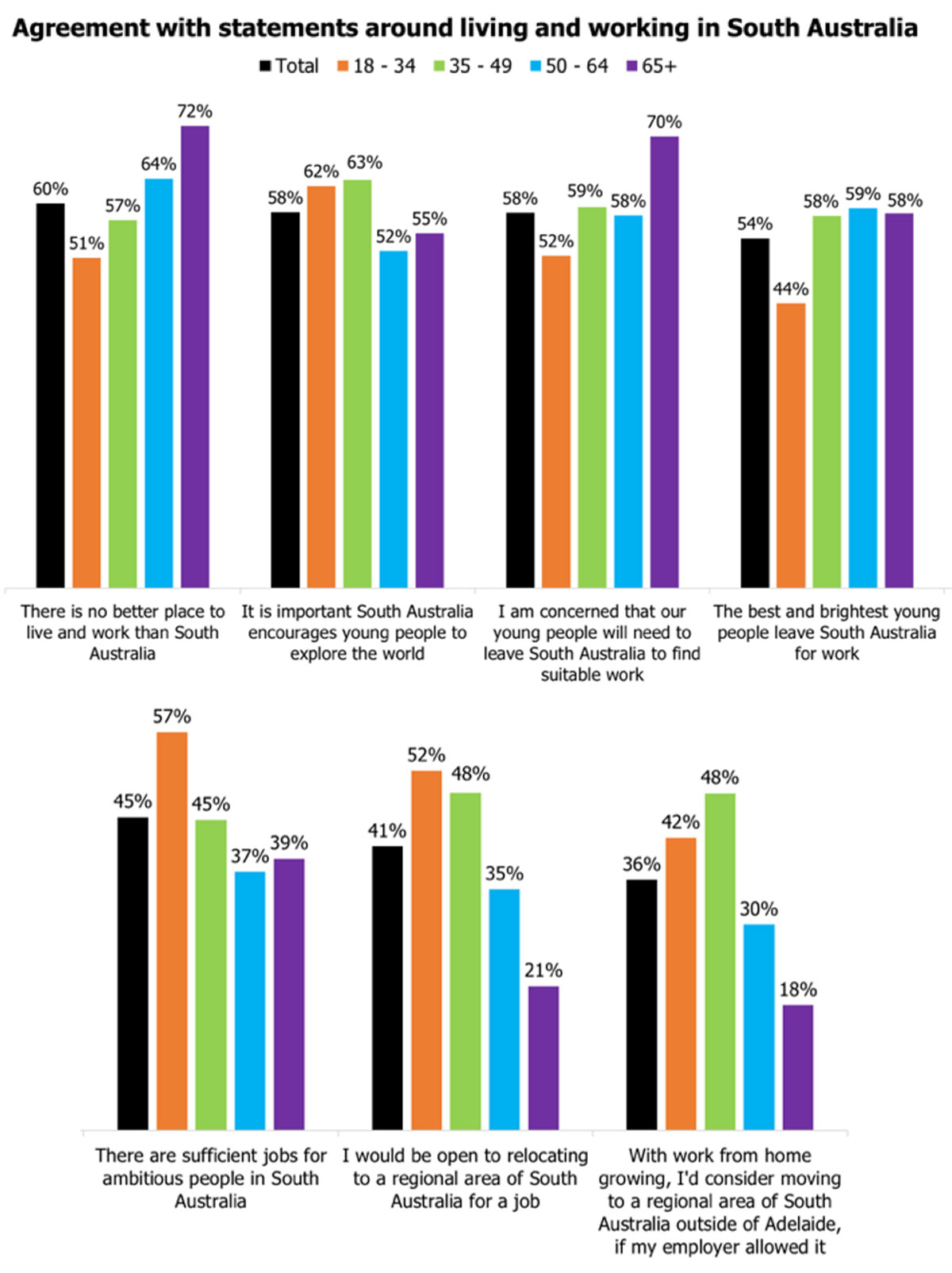 “There is a general sense that South Australia offered much opportunity for young people, although a level of apathy and a lack of understanding of sectors offering employment opportunities,” Dunstone said.

The research found that particular strengths for people aged under 40 in South Australia were viewed as:

While the weakest performing areas were: 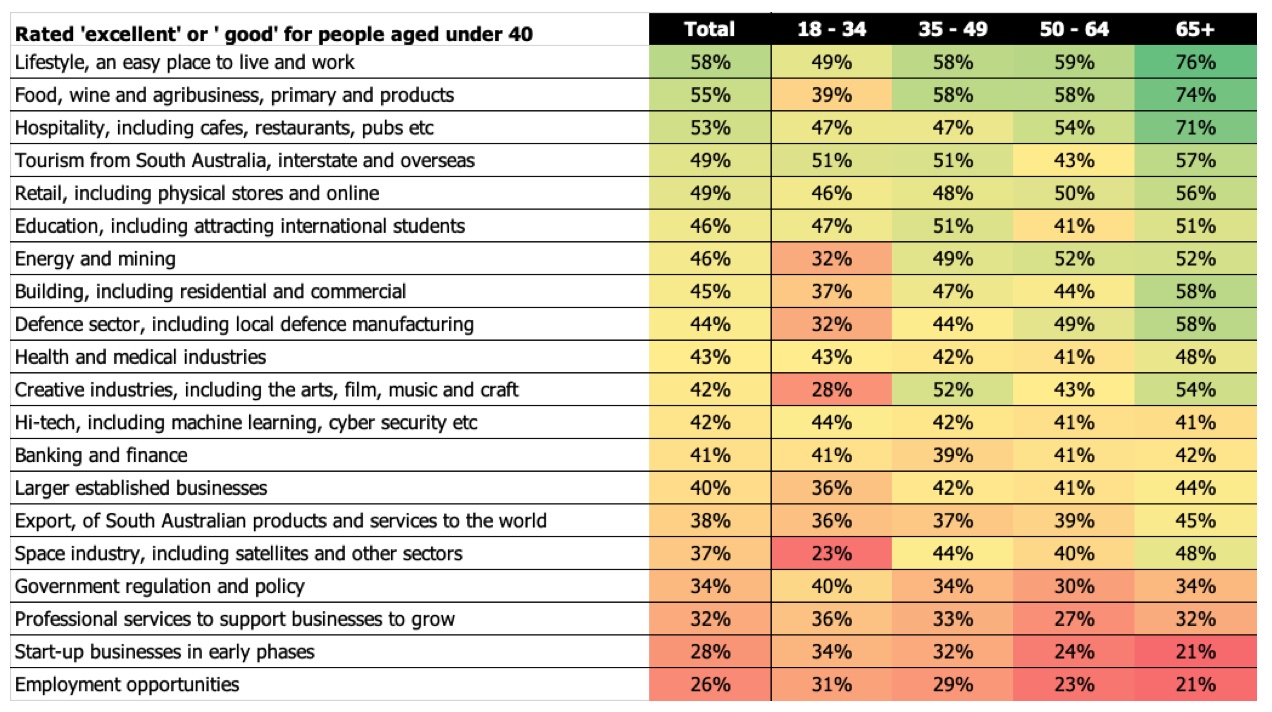 Dunstone said that. as recorded in previous Square Holes mind and mood research, there is a level of apathy and lack of understanding of key growth sectors in South Australia.

“For young South Australians, they are particularly weak in their appreciation of the performance of our space industry, creative industries, defence sector, builder and energy and mining to other age groups,” he said.

“With such lack of awareness and a general sense that there is much the world offers, may lay some explanation of why many young people may seek horizons beyond South Australia even if they can see opportunities at home.

“They do not feel as strong as older South Australians that this is the ‘best’ place to live and work, and likely view themselves more so as global than local citizens.”