Internal analysis of banking data derived from transactions made at ANZ merchant terminals or purchases made with the same bank’s debit and credit cards shows the stark impact on consumer behaviour of last month’s social distancing advice.

It prompted an immediate 98 per cent year-on-year weekly increase in grocery spending for the week ending March 23.

There was also a 33 per cent increase in Pharmacy spending for the preceding month compared to the corresponding period in 2019, but a range of other industries were hit by dramatic downswings.

Most notably, the education sector saw a 46 per cent spending fall, largely driven by a 61 per cent decline in the University market.

Even before they were closed by Government decree, spending on restaurants had dramatically dived, with Asian restaurants hit particularly hard, recording a 17 per cent decline. 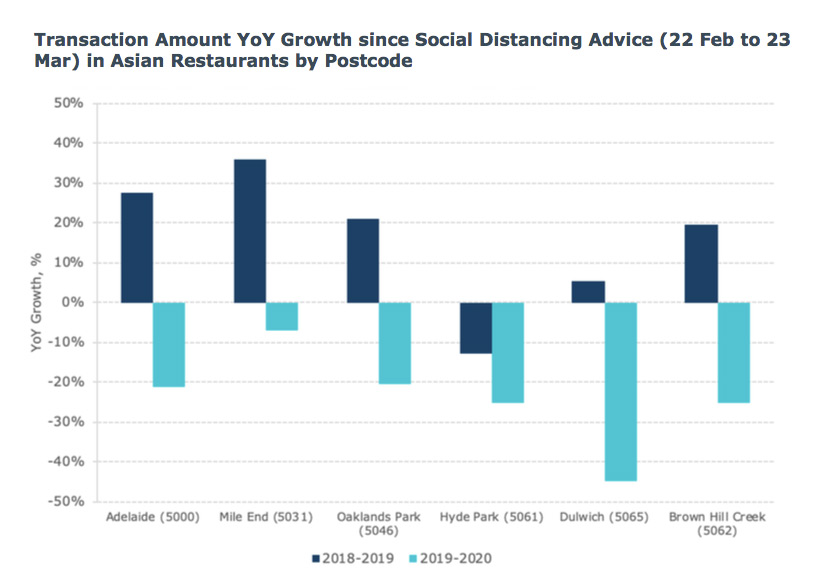 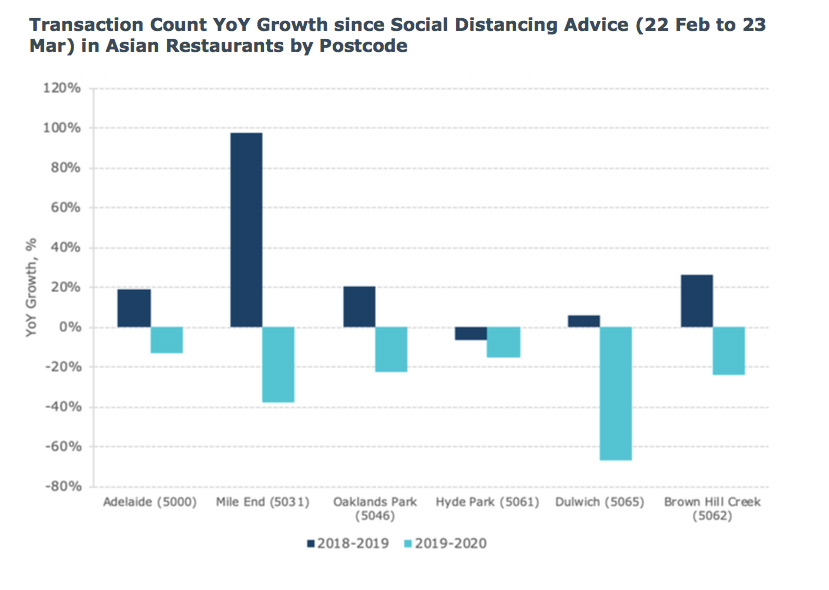 The ANZ data, which is marked for internal and stakeholder distribution, details the impact of COVID-19 and significant corresponding policy announcements on the South Australian and national economies.

It details measures that appear to “motivate the economy to move in different directions and produce large industry and statewide swings in spending behaviour”.

“Overall, we have observed that consumer spending started dropping since the Initial Travel Ban from 29 Jan 2020, while there was a bounce back after the Social Distancing Advice announced on 14 Mar 2020,” the document states.

Between February 22 and March 23, ANZ data found “major economic growth in the Groceries sector with around 39 per cent spending growth from consumers, while most other industries including Services, Travel, Food/Drink, Entertainment etc [which] have been experiencing economy hardships had significant drops in transaction values”. 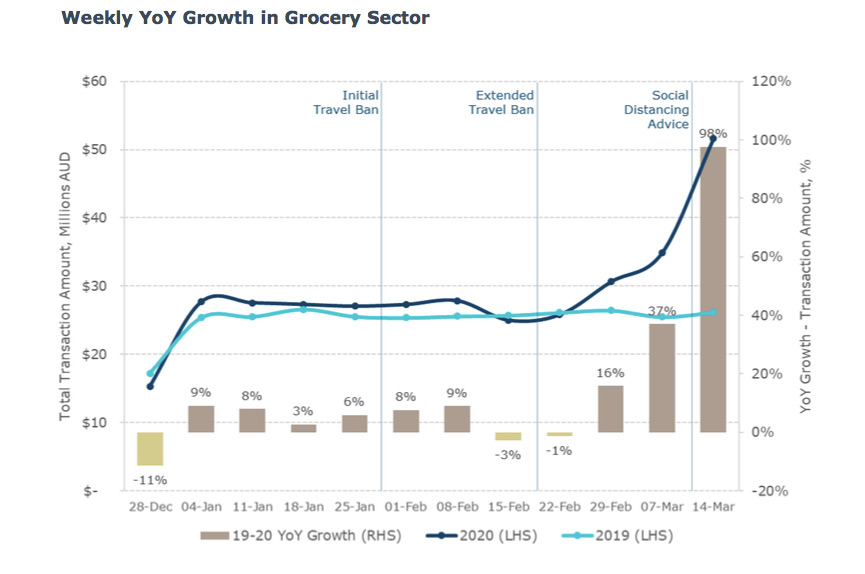 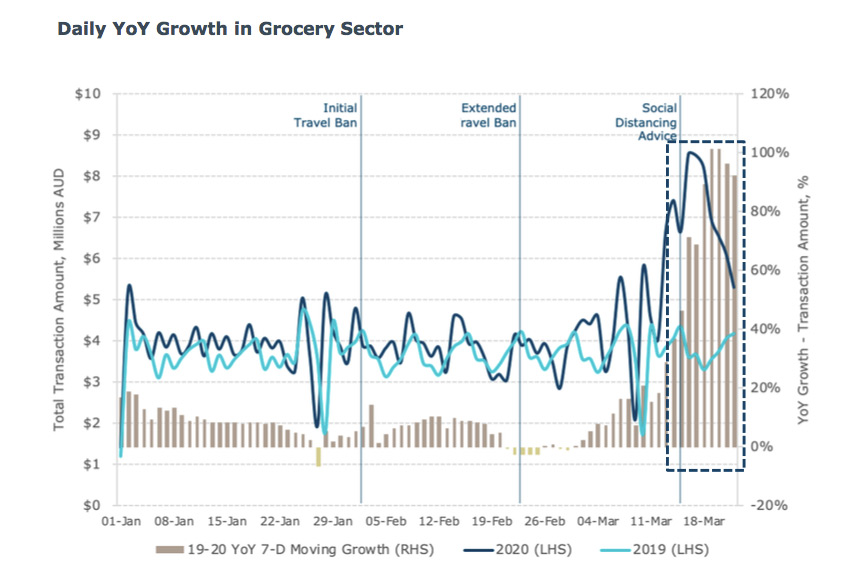 In the services sector, Educational industries were impacted “most negatively with about -51 per cent contribution to growth of the entire Services sector”, the document found.

In that sector, “the majority of revenues drops were contributed by University (-46 per cent)”, in part attributed to “the reducing number of international students affected by the Initial and [subsequent] Extended Travel Ban”. 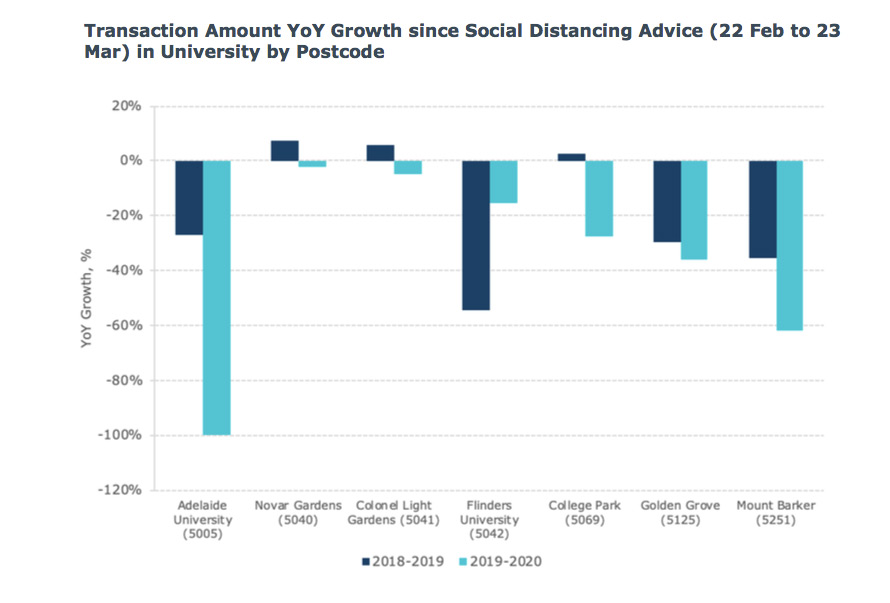 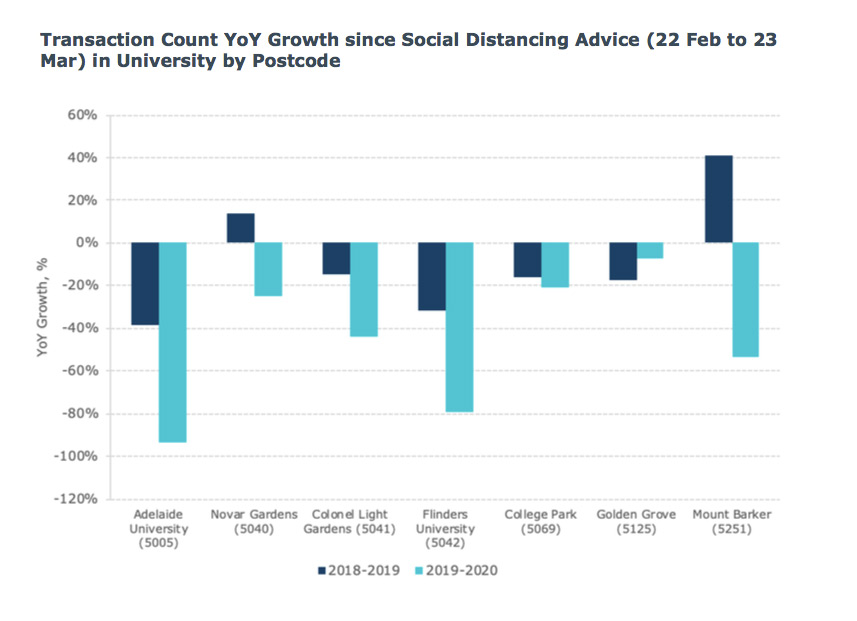 An analysis of weekly spending data showed the Travel industry facing an unsurprising decline, with revenues growing across SA businesses in January before a sharp drop after the travel bans bit.

“Especially after the recent Social Distancing Advice, the revenues in the Travel Sector have declined significantly,” the document notes. 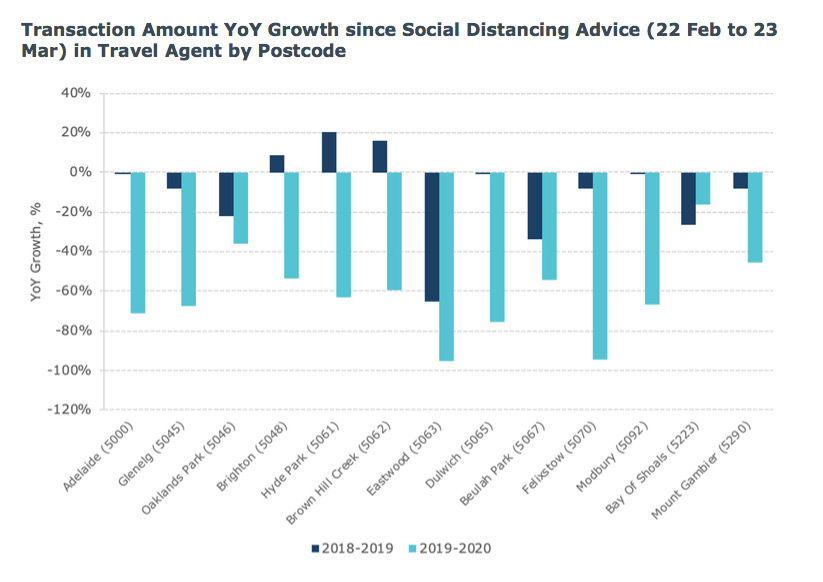 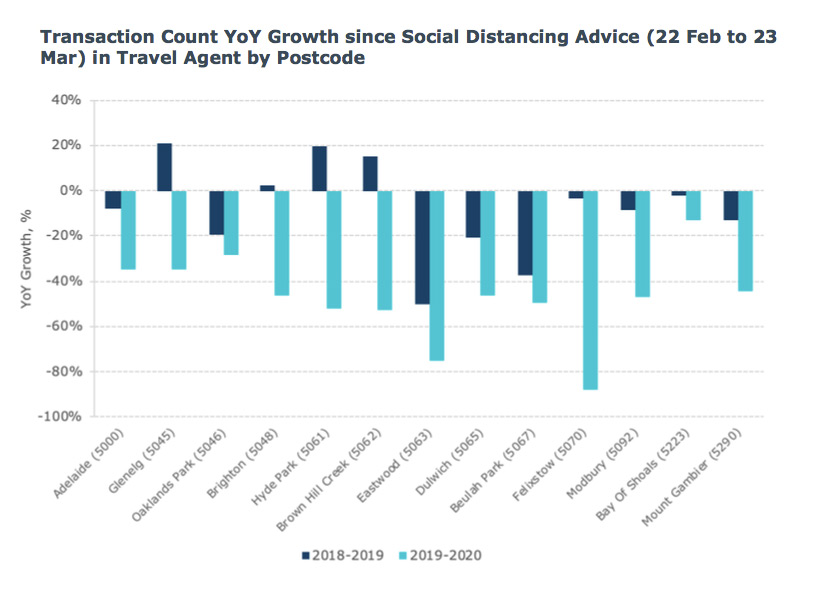 Spending in the food and drink sector similarly showed a sharp decline corresponding with social distancing advice, after initially booming from January to March.

“We have observed that Asian, Fast food and European restaurants have all been impacted by social distancing, especially for Asian restaurants which were impacted most,” the ANZ reported.

“To further break down, all Chinese, Indian, Japanese/Sushi, Malaysian, Thai and other Asian restaurants have been experiencing around 10-20 per cent year on year sales drops over last four weeks” [to March 23, when the shutdown kicked in.

“A world of pain”: SA spiralling towards double-digit unemployment

However, weekly spending in the Grocery sector “has gradually grown since the travel ban and spikes following the announcement of social distancing advice with sales almost doubling in the week starting 14 March from the same period in 2019”, the document stated.

“The majority of spending growth is driven by supermarkets, [which] account for 88 per cent of the overall sector’s growth.”

“In addition, spending on other retailers in the grocery sector including bakeries, butchers, and specialty foods have grown between 10 per cent to 50 per cent in the same period.” 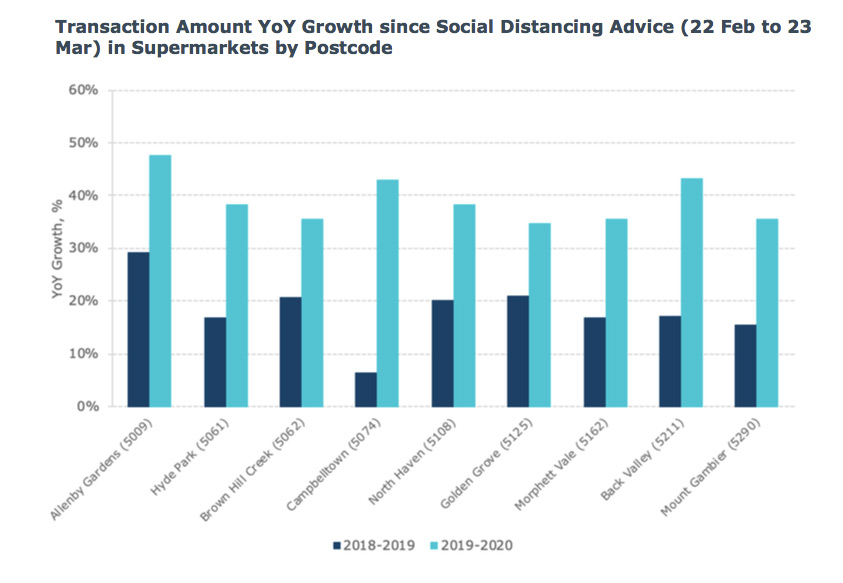 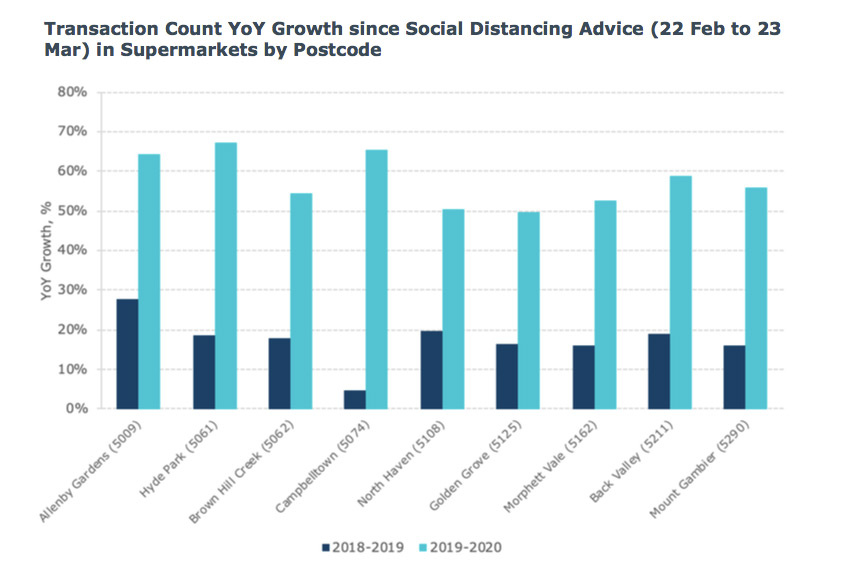 While spending on health products and services grew, non-essential spending such as hairdressers tanked, with “declining sales in hairdressers across most of the areas in South Australia, especially in Adelaide, West Lakes, Oaklands Park, Hyde Park and Modbury, [with] businesses in those postcodes experiencing a more than 20 per cent sales declines on average compared to last year”.