The International Monetary Fund (IMF) has recently released its economic projections for the world and various national economies in 2017 and 2018. In considering these projections, one should bear in mind that the IMF has been optimistic about economic recovery ever since the global financial crisis nine years ago.

It should be noted that Australia’s economic growth has been stronger than the advanced economies, in general, for many years, so this projection is not surprising.

In other words, while our economic outlook can be expected to improve, thanks to global and Australian economic improvement, it will not be sufficient, on present trends, to stop us slipping further behind the economic performance of Australia as a whole.

No doubt the South Australian Government will point to our economic improvement as vindication of its economic policies. In context, nothing could be further from the truth. We will continue to slip behind the rest of Australia economically, unless we can match the economic growth rate of Australia as a whole. This is a matter of arithmetic.

Hence, the minimum economic growth target for South Australia for 2017 and 2018 should be 3-3.1% p.a. – not 2-2.1% p.a. Anything less will see us slip further behind the rest of the country in economic performance and opportunity.

Economic growth comes from investment, both public and private – but mostly private, since three-quarters of the economy is private.

Increasing the rate of private investment will require a sharp increase in the profitability of private investment, which implies cutting the costs of South Australian businesses. The obvious ways to do this involve cutting taxes paid by businesses, cutting other costs (including wage costs paid by businesses), and deregulating the business environment (where there is an excess of benefits over costs from doing so). 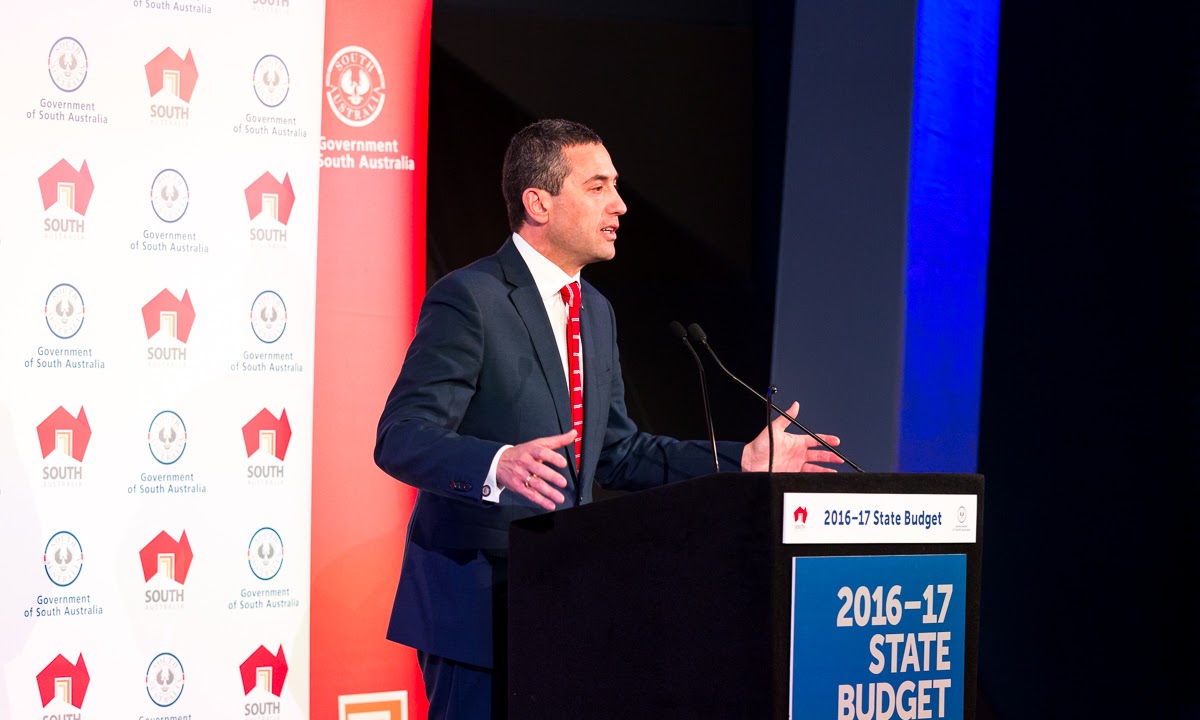 The State Government now has evidence from its own wage subsidy scheme to make a case before the Fair Work Commission that, until some target rate of unemployment is reached, new, full-time employees should be paid $10,000 less than their Award or Enterprise Agreement wage over their first two years with an employer.

Of course, it makes no long-term economic sense for the South Australian Government to subsidise wages using taxpayers’ money. Eventually this subsidy has to be paid for by taxpayers, reducing their incomes and expenditure on products and services produced by South Australian and other businesses.

An important tax-cutting innovation would be for the South Australian Government to offer a Trump-like repayment of 5% of company tax paid by all businesses with registered headquarters (so far as the ATO is concerned) in South Australia. This would be particularly beneficial for small and medium-sized businesses, and may help attract some successful large businesses to shift their HQs to South Australia.

Notice that this is the only effective way for governments to pick winners – only winners should get support.

This could be afforded by cutting South Australian Government spending and employment in areas that fail cost-benefit analysis.