The election of Donald Trump as President of the United States is associated with a sizeable increase in economic inequality. If a self-declared socialist, Bernie Sanders, had won the Democratic nomination, he might well have ridden the protest against rising job and income inequality better than Trump and now be looking forward to his inauguration in January.

Economic inequality has been increasing around the world in the last 30 years, particularly in the last decade. Inequality in Australia is about middle of the pack among OECD (rich) countries, like Canada, for example. We are not so unequal in incomes and wealth as the USA, the UK, China or Brazil. But the distribution of incomes has been worsening here as well as elsewhere.

South Australian household incomes were easily the least unequally distributed of all the states. This is no doubt due, at least in part, to the comparative absence of a major capitalist class in South Australia.

Something must be done about rising inequality that preferably does not also attack the foundations of general economic progress – as President-elect Trump’s proposed protectionist attack on freer trade would do.

A distribution of living standards that is fair and equitable between individuals and families is a legitimate objective of democratic economic policy, of course. Judgements as to what is fair and equitable differ, but a more equal distribution of living standards is usually regarded as better than a less equal distribution. The reason for this is clear: the value of an extra dollar for someone who is poor is sensibly regarded as greater than for someone who is rich.

Something must be done about rising inequality that preferably does not also attack the foundations of general economic progress – as President-elect Trump’s proposed protectionist attack on freer trade would do. Both trends are being driven by the same things: technological change and globalisation. In the early part of the present period of rising inequality, living standards were rising sufficiently rapidly that even those in the bottom half of the income and wealth distribution were making gains. This masked the problem that is now being revealed.

Both of these forces tend to increase inequality in the economically-advanced countries because the skilled, who are the better paid workers, benefit most.

Further, the technologies and comparative advantage specialisations being adopted in the economically-advanced countries are capital-using, so incomes from capital ownership have been increasing.

So the question boils down to what can be done to create jobs and incomes for unskilled workers in the economically advanced countries? 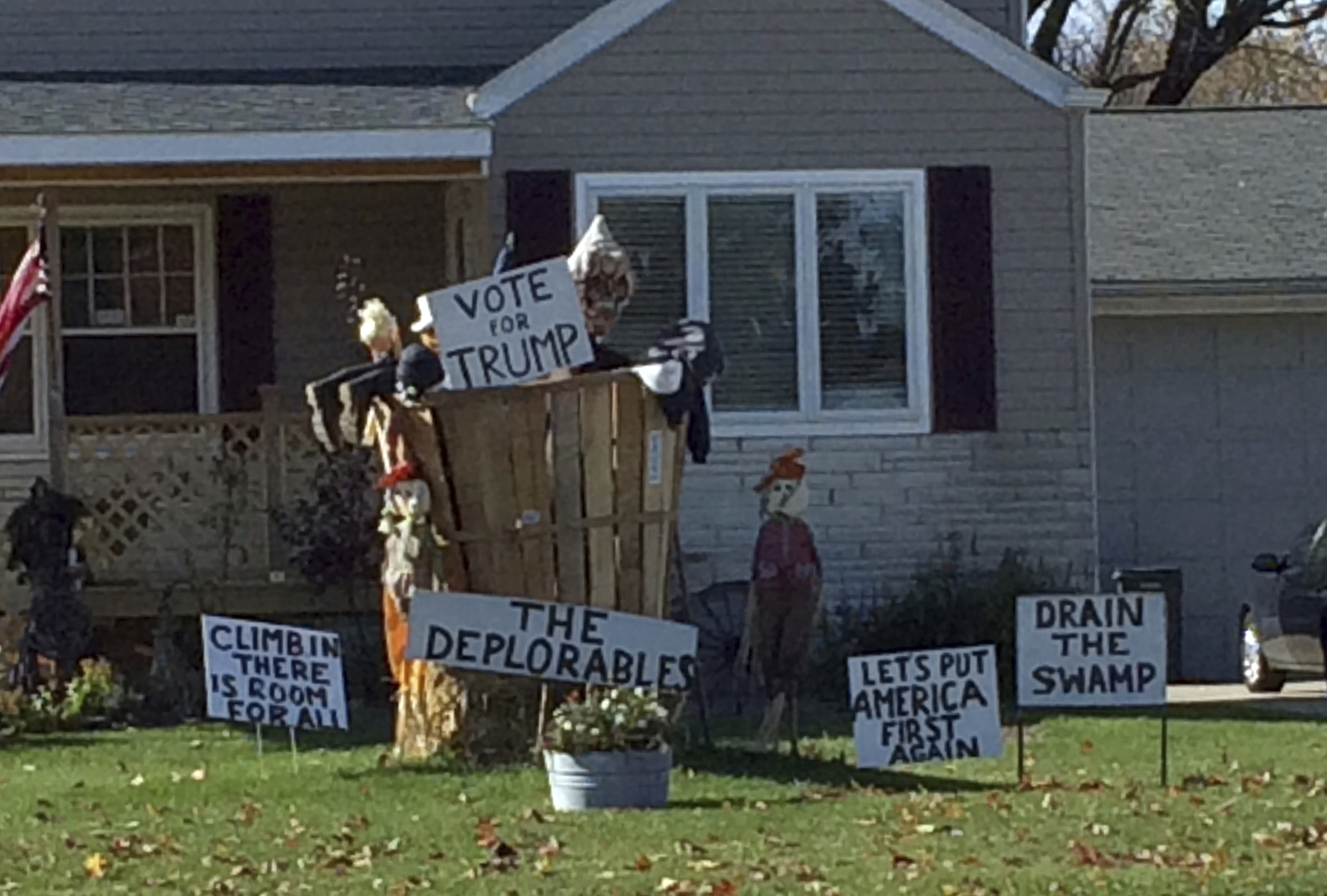 The home of a Trump supporter in Michigan – a manufacturing state hit hard by economic change. Photo: AP/Jeff Karoub

A rising unemployment rate and increasing inequality are not a good result, even if people are, “on average”, better off. Many are better off, but some are a lot worse off. Trump would rationally have appealed to these Americans.

As the OECD presciently noted five years ago in Divided We Stand – Why Inequality Keeps Rising:

Rising income inequality creates political challenges… because it breeds social resentment and generates political instability. It can also fuel populist, protectionist, and anti-globalisation sentiments. People will no longer support open trade and free markets if they feel they are losing out while a small group of winners is getting richer and richer.

Redistributive strategies based on government transfers and taxes alone are insufficient to address this problem, as well as being financially unsustainable in the large deficit situation being faced by most countries’ governments. Further, the share of capital-derived income in household income is only about 7% of total income, on average, in OECD countries, so even a major assault on capital-based incomes would not make as much difference on household inequality as committed socialists would like to believe. On the contrary, it would drive up the unemployment rate and make the distribution of labour market incomes more unequal, offsetting the gains in equality from reducing capital-based incomes.

Therefore, increasing the growth of quality jobs is clearly at the heart of a successful egalitarian strategy. Growing employment will contribute to sustainable cuts in income inequality provided the employment gains occur in jobs that offer full-time, career prospects, rather than dead-end, part-time jobs. Policies for more and better jobs are more important than ever to address income inequality.

This is the political appeal of president-elect Trump – a macro-Keynesian strategy built on massive infrastructure spending and massive income tax cuts, combined with a protectionist stance on foreign trade. In an economy as large as America’s, this is likely to be highly stimulatory and to create many jobs across the economy – in construction especially.

The OECD proposes that in order to encourage employers to make additional investments in the skills of their employees – skills likely to lead to good, full-time jobs – they should be allowed to deduct training expenses as business costs for tax purposes. Making sure that school-leavers are as well-educated as they can be so that they can learn skills for which there is rising demand is clearly one very important part of the solution to the present labour underutilisation problem.

There are other options as well, which I shall discuss in future articles, because addressing economic inequality is a political issue that is not going to go away soon.

Keynes thought that with rising productive capabilities and living standards, society’s “economic problem” would be solved, and that the main problem would be how to use our extra free time wisely. Further, he thought that societies would share around what work was left to do “as widely as possible”. We are a long way away from successfully addressing this important issue.

Richard Blandy is an Adjunct Professor in the Business School at the University of South Australia and a contributor to InDaily.