Several times in recent days I have seen a brief message on our TV in which a South Australian mother advises her small daughter that everyone must become informed about the proposed high-level nuclear waste dump in the state. Her daughter looks suitably mystified.

No doubt this is part of the exercise in citizens’ democracy that is currently underway to determine whether there is a “social licence” to proceed with such a dump. Other elements in this process include two meetings of citizens’ juries (one of which has already been held), as well as citizens’ information meetings.

The TV message could have come from the satirical 1970 movie The Rise and Rise of Michael Rimmer, in which conman Rimmer (Peter Cook) eventually becomes British Prime Minister. He forms a National Poll Board and announces to the people that “on every major issue there will be a referendum on which you can vote, so at last we can enjoy a real democracy”.

People are asked questions like: “Should we keep a continuing military presence in Myondi?” One constituent says to his wife: “I think I was right to take a firm line on China.” After a while the same person complains: “How can I be expected to know about the agrarian reform of Nangi Twat?”

By contrast, my experience of the first citizens’ jury, which I attended as an expert witness on July 9, was very positive. I was invited principally as a result of my InDaily articles opposing the dump.

There was one other expert economics witness present questioning the economics of the dump: Rod Campbell, research director of the Australia Institute in Canberra.

Several of the expert witnesses present who supported the economics of the dump had been involved in undertaking the economic/financial analysis for the Nuclear Fuel Cycle Royal Commission.

The citizens’ jury operated as a free-flowing discussion rather than with set pieces presented by the witnesses followed by questions from the jurors. The issues are difficult and technical, but the jurors were great. They made me think that if I am ever in deep trouble with the law, I will always opt for trial by jury.

The 54 South Australian citizens on the jury were sensible, common-sense people who asked pertinent questions. They quite properly insisted that the business case for the dump should be made watertight – or the dump abandoned.

I had led off my remarks by asking the question: “Does the nuclear dump proposition presented in the royal commission’s report stack up as a business? Would you put your money into it?”

“Mr Speaker, there is no single measure or silver bullet that will address the challenges our state currently faces, not Olympic Dam or the future submarines, not Arrium, nor the nuclear royal commission.

“But tax cuts are key, innovation is important, education is vital, health is essential and infrastructure is critical.”

Later, I noted that, in the 1980s, at the personal request of Premier John Bannon, I had led the team that put together the state’s bid for the Multi-Function Polis – which we won in competition against the other states. The Commonwealth’s assessment team told me they had never seen such a brilliant exercise in rubbery figures – but they awarded the MFP to us, anyway. Our rubbery figures were better than the other state’s rubbery figures! Eventually, the Japanese abandoned the project and we were left with the Gillman site (as well as Mawson Lakes, of course).

I also noted that the State Bank collapsed financially because it took on excessive risks to grow very rapidly, until its bad debts overwhelmed it. Premier Bannon had felt that this aggressive growth strategy would assist the state’s economy (the Government owned the bank) by increasing the dividend flow to the Government. It didn’t. It cost the state a lot.

I was also invited to give evidence to the South Australian Parliamentary Joint Committee on the Findings of the Nuclear Fuel Cycle Royal Commission, in the Constitution Room of Old Parliament House, on August 24.

My evidence dealt almost exclusively with the economics of the dump, as outlined in Appendix J of the Royal Commission’s report, especially Figure J6.

This price seems to be based on an avoided cost scenario. The price is a guess; there is no market price for accepting dumped waste at the present time. 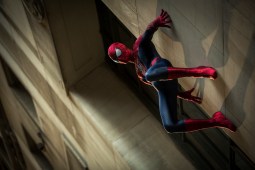 Killing off Spider-Man: How the media has shaped our nuclear fear

The cost of shipping the waste to South Australia seems also to be a notional allowance in Appendix J ($0.20m/tonne heavy metal). Where this comes from is not obvious.

South Australia is assumed to get 50 per cent of the accessible world market for waste nuclear fuel. This is a very big share, and is based simply on an assumption, not on fact.

These prices, costs and quantities have to be known over the 120 years that the project will last. This is a very tall order, as the wild swings in prices in commodity markets show. The risks that the assumptions will be incorrect are substantial.

I told the Joint Committee that far from being a financial bonanza, as proposed by the Royal Commission, the project could make minimal returns, and be a real distraction from alternative paths to the economic future of the state based on our skills, our innovative capabilities and our capacity for hard work. These are our real strengths – not gambling on finding an easy way out of our present financial difficulties.

As Tom Koutsantonis said in his budget speech – there is no silver bullet.

Richard Blandy is an Adjunct Professor of Economics in the Business School at the University of South Australia and a weekly contributor to InDaily.