The State Commission Assessment Panel (SCAP) will next week decide whether to approve revised plans lodged by developer Australasian Property Developments to build an apartment, retail and office building opposite the historic Norwood Hotel on the southwestern corner of The Parade and Church Avenue.

If approved, the rear of four shops along The Parade would be demolished, but their front façades and bluestone walls, which were built in 1800s and protected under local heritage laws, would be conserved and retained.

Two Baptist lecture halls on Church Avenue, which are also located on the development site, would be restored and turned into shops.

The SCAP in June sent the original development plans back to the drawing board following opposition from nearby residents, the Norwood Payneham & St Peters Council and Government Architect about the building’s proposed size.

At the time, the groups argued the original design was “excessive” and the building would “loom large” over Norwood as it exceeded the usual six-storey height limit for the area.

The revised plans to be discussed by the SCAP on Wednesday show the developer has removed five apartments from the original 69-apartment building and reconfigured the penthouses. 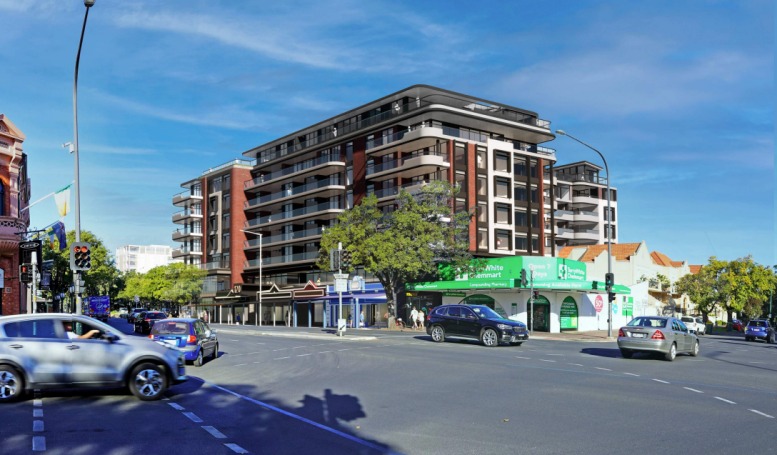 A render of the original eight-storey apartment block proposed for The Parade at Norwood. Image: Cheesman Architects/Australasian Property Developments 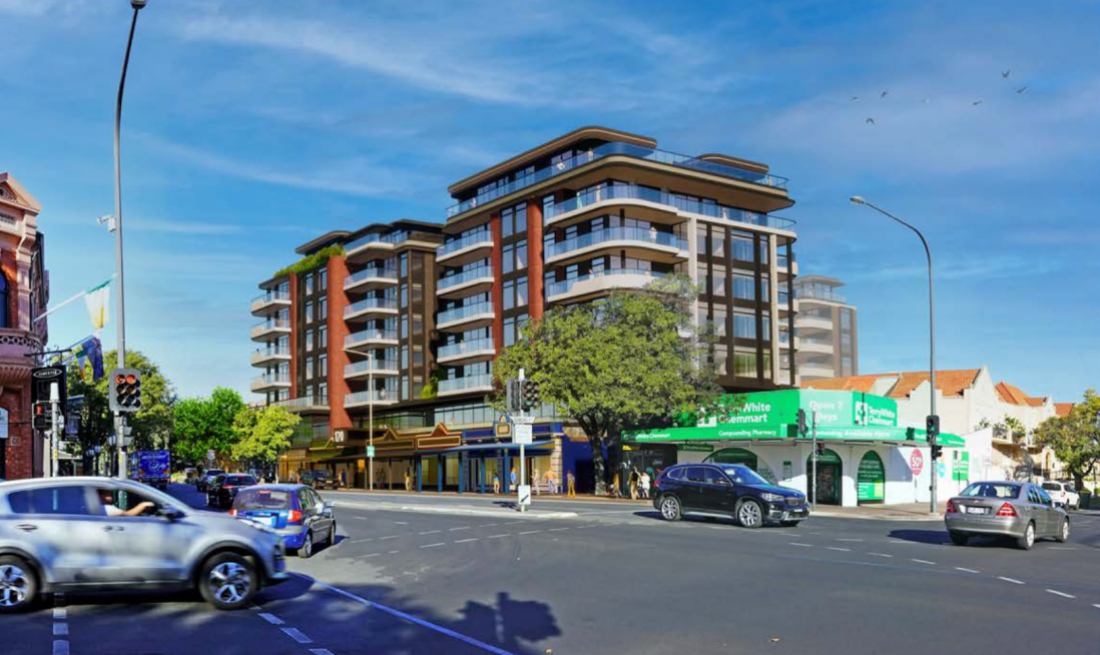 In a report to the SCAP, state government planning officer Karl Woehle said the developer had “attempted to reduce the perceived bulk and scale of the development when viewed from The Parade by breaking the front façade into two segments”.

He recommended that the SCAP grant conditional planning consent, as the revised design “exhibits a simplified architectural expression and materiality that references the immediate locality”.

“The revised building design visually breaks the built form into two elements, which reduces the perceived visual bulk and mass of the building,” he wrote.

But both the Norwood Payneham & St Peters Council and Design and Architect Office SA say they still have concerns about the building’s proposed size.

In a submission to the SCAP, the council’s urban planning and environment general manager Carlos Buzzetti wrote it was “commendable” that the developer had revised the plans, but the changes “do not appear to have any great impact on the bulk of the building”.

He wrote the design “still looks like one large building completely out of scale with any other building in the area”.

“The supposed simplification of the design still leaves a very busy building with some odd internal planning leading to a complex plan form that seems not well resolved,” he wrote.

“The Council remains of the view that the building mass and bulk remains excessive.”

Design and Architect Office SA senior design advisor Aya Shirai-Doull wrote the design changes were “effective in providing a visual breakdown of the building’s mass and bulk”, but she said she still had concerns.

“I note that the proposed built form amendment is limited to the northern elevation, as such, my fundamental concern regarding the development intensity and the overall building bulk remains,” she wrote.

“The amendments fall short of addressing my fundamental concerns regarding the proposed development.”

The developer touted the proposed building as a “landmark” for the western end of The Parade, claiming the design changes meant it would be “more in keeping with its surroundings”.

It claims it should be allowed to exceed the six-storey height limit for the area, as the development site is considered “significant”, meaning it can exceed the normal height limit by 30 per cent.

“The proposal has been amended to create a significant recess into the facade facing The Parade,” MasterPlan SA wrote on behalf of Australasian Property Developments. 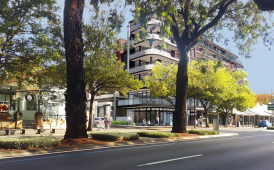 “The overall architectural expression has been revised to reduce visual complexity and to simplify the materials palette.

“We are confident that these amendments will deliver a landmark building at the western end of The Parade ‘central’ which is less complex-looking and more in keeping with its surroundings than the proposal considered by SCAP at the June meeting.”

A heritage impact report prepared for the developer earlier this year stated the shops and Baptist lecture halls had been “severely compromised” by numerous upgrades.

It stated the proposed development would “not remove historic fabric that makes a significant contribution to their individual heritage value”.