The 26-bed facility on Carrington Street – called Jordan Place – offers medium-term accommodation for up to 30 tenants, and provides extra supports to help them eventually move into their own home.

“I didn’t think I ever would be (homeless),” he told reporters at today’s official opening.

“I was quite confused and scared.”

He spent months living on the streets and couch-surfing but is turning his life around with the help of Carrington Cottages.

He was given a room in one of the organisation’s other properties earlier this year and has now moved into a new room at Jordan Place.

“It changed my life,” he said.

“I didn’t think I would be where I am today.”

He is now studying a university preparatory program to lead into a Bachelor of Nursing at the University of Adelaide and is working part-time as a cleaner.

“It’s been a blessing – the staff here have supported me in every way possible,” he said.

“It’s just made my life so much better.”

He hopes to move into his own home later in the year.

The State Government provided $1.2 million – half the purchase price of the property, with the other half donated by an anonymous benefactor. 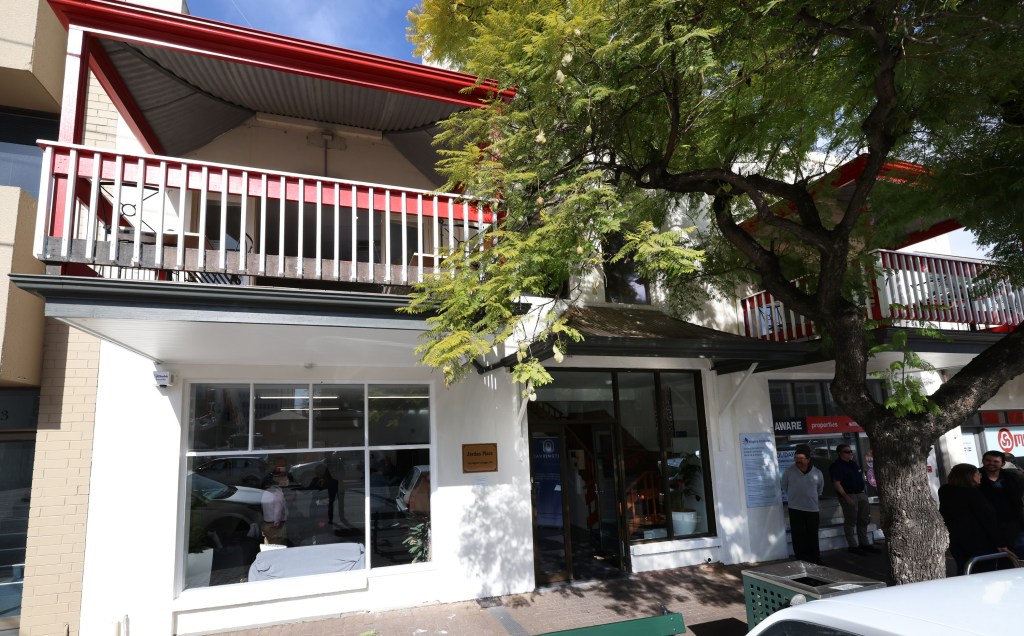 Carrington Cottages chief executive Karen Aistrope said the name – Jordan Place – was chosen “as a very subtle way to say thank you to our benefactor”.

There are currently seven tenants in the property, which will increase to about 30 over the coming weeks, bringing the total number of rooms across the organisation’s four properties to more than 100.

“It’s giving them a safe place that they can call home for that temporary journey as we transition them through,” Aistrope said.

People generally stay for between three and nine months as they prepare to move to their own homes.

The organisation works with other specialist agencies to provide advice and support for tenants around drug and alcohol abuse, mental health and employment.

“Those services will enable them to become housing ready and enable that strong foundation,” Aistrope said.

“Once they are ready for housing we are able to pave that pathway to take them on that journey to their own forever housing.”

Aistrope said her organisation helped about 100 people a year move into their own homes and that number would increase with the opening of Jordan Place.

Human Services Minister Nat Cook said there were about 6000 people sleeping rough across South Australia, including 185 in the city.

“Accommodation like this is so important as we attempt to help people break the cycle of homelessness and rough sleeping,” she said.

“It’s also about connecting people with the right services to help them rebuild and work towards living independently,” he said.

“We know that having a secure roof and great wrap-around services for a space of time gives people the time they really need to get back on their feet.”

Asked if the State Government would consider providing more funding to open other accommodation facilities like this, he said “the short answer is yes”.

“We are open-minded to other suggestions,” he said.

“If we get approaches from non-government organisations that are seeking government support that helps address a need in the community that the Government is able to facilitate then we are certainly open-minded to that.”