The woman is one of 12 people known to have died after sleeping rough in Adelaide’s inner-city over the past year.

It’s believed the 48-year-old had not been seen for several weeks before a fellow rough sleeper made the grim discovery on May 22.

InDaily understands he found her decaying body inside a tent hidden amongst the bushes of Park 17/Tuthangga at the eastern end of South Terrace.

By the time he found her, about three weeks had passed since she took her last breath.

Police say they were called to the scene but her death was declared unsuspicious. The case is now before the coroner.

Toward Home Alliance (THA), which provides homelessness outreach services to people sleeping rough in the park lands, says it supported the woman “intensively” over the past year, including by previously supporting her into accommodation before she moved interstate early this year.

The alliance said it understood the woman returned to Adelaide later this year.

It states the vast majority of rough sleepers who die have been supported into temporary or permanent accommodation, but the “sad reality” is that their health complications and co-morbidities associated with long-term homelessness persist once they have a roof over their heads.

“In the instance of the sad death of this woman, THA staff were not first responders, however they knew her well, and were deeply affected by the news of her death,” the alliance’s senior manager Shaya Nettle told InDaily.

“THA staff were extremely distressed on learning the news of her death, as she was well known to and supported by a number of our staff and partners.” 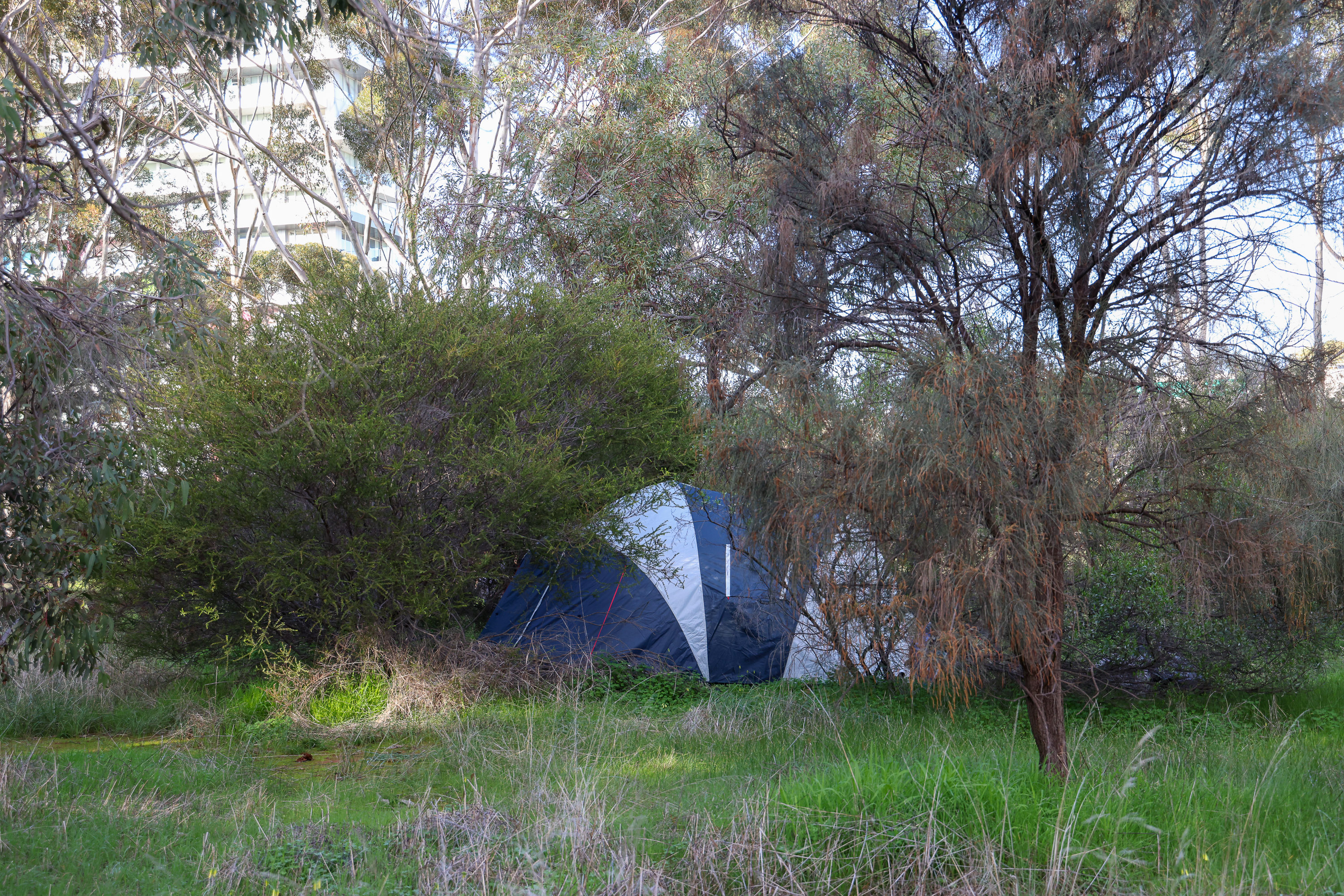 A tent in the southeastern park lands. Photo: Tony Lewis/InDaily

“Any person dying alone in the cold is a tragedy and a call to action,” she told InDaily.

“It is also a reminder to our whole community that we need to provide care, support and compassion to people having a really difficult time.”

Australian Alliance to End Homelessness executive director David Pearson described the woman’s death as “tragically avoidable”, saying Australians experiencing homelessness die on average up to 30 years younger than the rest of the population.

“We know that the majority of people who die whilst experiencing homelessness in Australia die of illnesses that are preventable had we provided them the support they needed earlier,” he said.

“We always ask where is the housing? But for people literally dying on the streets, it’s as much about health as it is about housing.

Research from the alliance published in August estimated 20 rough sleepers died in South Australia in 2020.

The Toward Home Alliance says service providers know of 12 inner-city rough sleeper deaths over the past 12 months. 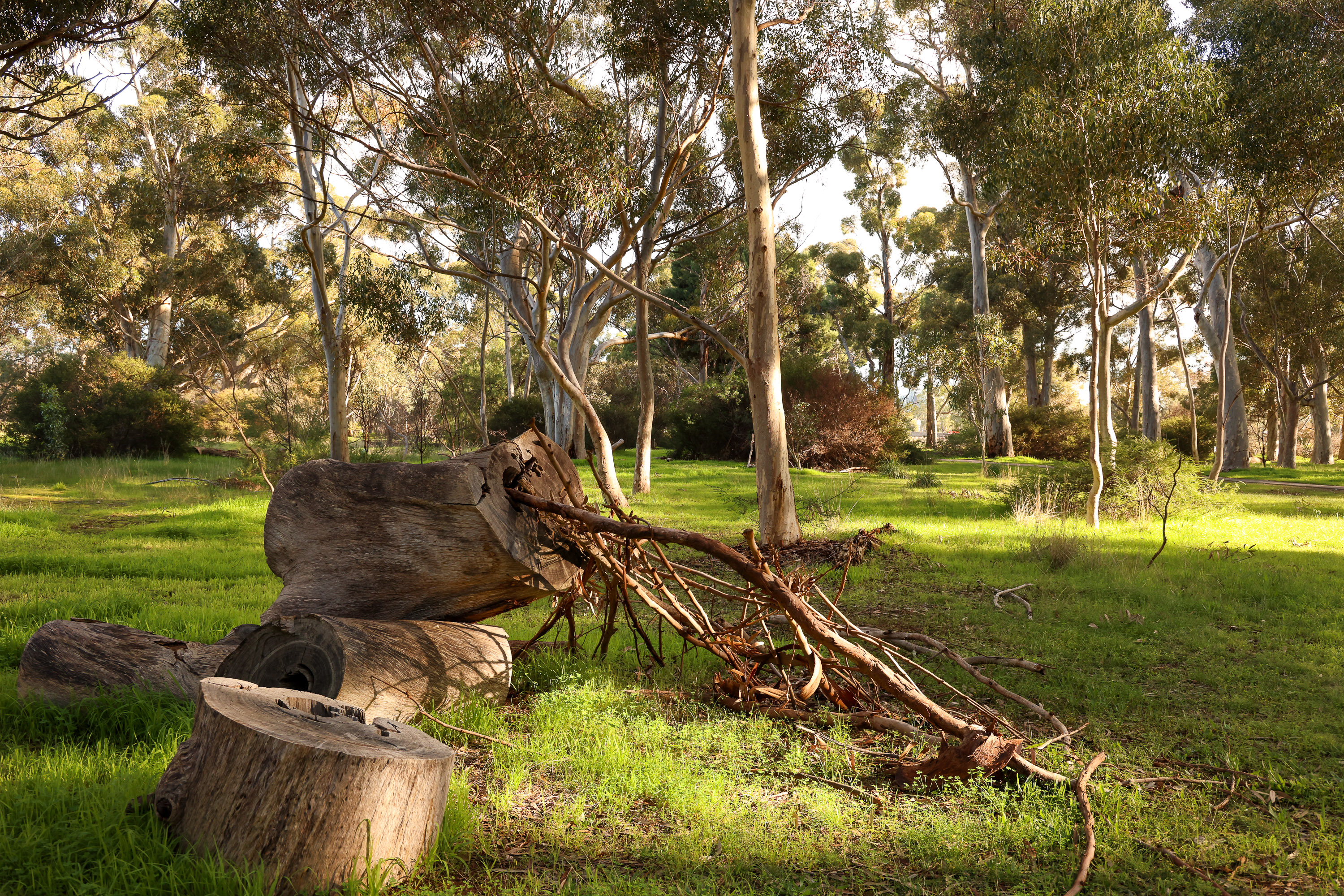 Pearson said it was “impossible to tell” whether the rate of rough sleeper deaths in South Australia had changed over the past few years, as the government does not keep official records.

“It’s kind of tragic that we don’t really know,” he said.

“It wouldn’t be that hard to figure this out and be transparent about and understand that this is an outcome of failing systems.

Pearson said many people experiencing chronic homelessness have contact with government agencies such as child protection, health or correctional services before they start sleeping rough.

What are we doing as a society to end poverty before it got into this horrible situation?

He said the state needed to provide more support to people to ensure they have secure housing once they leave the child protection, hospital or correctional services systems.

“Homelessness doesn’t happen in isolation – it’s about what’s going on in a person’s life and that means government agencies need to work together more,” he said.

“I don’t know if this case (the 48-year-old woman’s death) speaks to that, but generally we do need better integration.”

Pearson drew parallels between the woman’s death and the death of six-year-old Charlie, who died in a suspected case of criminal neglect in her northern suburbs home on Friday.

“What I found frustrating about the tragic case in the northern suburbs is, it instantly turns to what did the Child Protection Department do to remove this child from her family?” he said.

“We should be saying: ‘What are we doing as a society to end poverty before it got into this horrible situation?

“That’s a more important question than running the ruler over the last people who were trying to help and did the best they could in a broken system.

“It is tragic that a young person died in the northern suburbs, it is tragic that this woman died sleeping rough in the park lands of Adelaide, but actually we need to move on from those two individual cases of tragedy and look at the broader picture of what do we do to solve this.”

“(It) speaks to the compassion and resilience of those who work in our sector, some who have been first responders in similar situations,” he said.

“It is one of the reasons THA has such a strong commitment to a whole of community approach and focus on integrating a health specific response across our service.”

“This commitment followed a reduction in funding to these services under the former Liberal government,” she said.

“We also are considering the proposal from the Australian Alliance to End Homelessness.”

Latest data from the Adelaide Zero Project, accurate as of June 30, shows 186 people were sleeping rough in the inner-city – up from 174 in May.

Last month, 28 people were identified as sleeping rough for the first time.

THA states that over the last 12 months, 210 people with persistent, long-term experiences of homelessness have been placed into housing through the Zero Project.

Homelessness SA is holding its annual memorial service at Victoria Square/Tarntanyangga at 1pm on August 5 to commemorate those who have passed away while experiencing homelessness.