Commissioner for Aboriginal Children and Young People April Lawrie on Thursday announced the formal launch of an inquiry examining the policies, practices and procedures of state authorities when they remove and place Aboriginal children.

The inquiry will scrutinise how policies are carried out in adherence with the Aboriginal and Torres Strait Islander Child Placement Principle (ATSICPP), which requires authorities to ensure Indigenous children remain in the care of their family or cultural group.

Lawrie said she will engage with Aboriginal children in care and travel to remote communities to hear from people working in the child protection system.

The inquiry, scheduled for completion on July 28, 2023, will also accept submissions from state authorities, service providers, non-government organisations and members of the Aboriginal community.

“South Australia needs a system that enshrines connection to culture, family and community as a birthright for Aboriginal children,” Lawrie said.

“We need more than good intent. We need action so every Aboriginal child and young person can have a positive, healthy future – enjoying their right to family and their cultural identity.”

Lawrie foreshadowed to InDaily in September 2021 she would conduct a “well-considered, measured inquiry” into Aboriginal child removals if her term as commissioner was extended.

She said today the inquiry was being launched because “many Aboriginal children and families have told me of negative experiences”.

“When they enter care, only three in 10 are placed with Aboriginal family or kin, a rate that’s decreasing, and their chance of reunifying is lower than anywhere else in the nation.

“This needs to change.”

In a newly-released background paper to the inquiry, Lawrie wrote: “I believe a major shift of decision-making power about Aboriginal children is required to help prevent the repetition of the systemic failures of the past.”

“Without change, it is predicted that by 2031 there will be as many as 140 of every 1000 Aboriginal children in State care.

“This should not be allowed to happen and can be stopped.”

Lawrie pushed for the powers to conduct an inquiry throughout much of her inaugural three-year term as commissioner, but it took until September 2021 for state parliament to grant her the powers of a Royal Commission.

The former Marshall Government extended her term for three years last December and gave her $616,000 to move into a stand-alone office.

The inquiry’s terms of reference state it will examine the “application of the ATSICPP (including systemic barriers to its applications) and its five pillars of prevention, participation, placement, partnership, connection as they relate to:

The inquiry’s final report will be tabled in state parliament along with the State Government’s response to its recommendations.

The terms of reference state that the recommendations will be made “with the object of reducing the removal of Aboriginal children from their families, increasing the rates at which Aboriginal children if removed are then placed with Aboriginal family or kin, and to improve the fulfillment of the objectives and the application of the [ATSICPP]”. 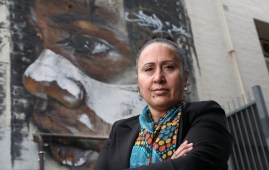 Child Protection Minister Katrine Hildyard said the Malinauskas Government welcomed the inquiry and was committed to empowering the commissioner to help Aboriginal voices be heard.

“I greatly value Commissioner Lawrie’s advice and advocacy and believe that the best outcomes for Aboriginal children and young people will be achieved if solutions are led and designed by Aboriginal children, families, leaders and communities,” she said.

“This inquiry into the Child Placement Principle will be a powerful way of doing just that. We welcome it and the way in which the Commissioner has indicated she intends to conduct it.”

The inquiry will accept submissions until November 30 this year.