One parent of a student at East Marden Primary School told InDaily the situation was “really concerning”, with the school refusing to hand parents a copy of the test results showing the toxicity of the lead detected in the classroom’s ceiling cavity.

The Education Department told InDaily that students in the classroom were evacuated on June 9 – one day after black dust was reported falling from the ceiling – with other classes in the “Sapphire Building” relocated on June 14, after a pupil-free day and public holiday.

The building, which was built in 1966, also houses the school canteen, which the Department said was closed on June 14 and remains closed due to a lack of suitable alternative space.

Ninety students, mostly in Year 6, are now learning inside the school’s gymnasium until the end of Term 2 while building contractors assess the building and clean up the dust.

In a letter to parents on Thursday – seen by InDaily – the school’s principal Julie James wrote environmental consultants had detected lead in ceiling dust of a Sapphire Building classroom.

She wrote that SA Health had advised that the test results showed “a very low public health risk” for students because they were beyond the age of risk for lead exposure.

“Historically lead was present in petrol and some paints,” the letter stated.

“Lead from these products remains in our environment today and it is not uncommon to find lead in ceiling dust of old buildings.

“Ceiling dust can move into rooms below as a result of wind, ageing buildings or renovations and building works.

“Evidence shows that children are exposed to lead through swallowing it and unborn babies, infants and young children under five years of age are most vulnerable to harm from lead.” 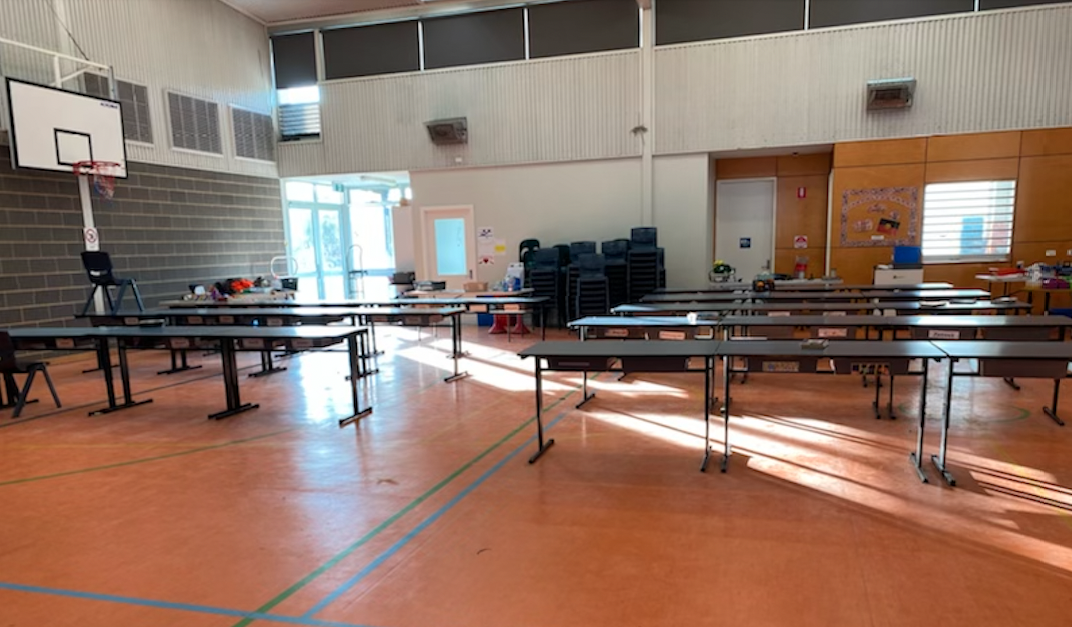 But the parent – who did not wish to be named – told InDaily she was concerned her child often ate inside the building.

“They say your kids aren’t at risk because it’s ingested through swallowing, it’s not breathed in, it’s only a problem when it’s ingested but… they eat in their classrooms,” she said.

“If it’s falling from the ceiling, it’s in their food.

“Apart from the concern about the lead dust, which is really pretty serious as far as I’m concerned, the fact that they’ve got the entire Year 6 cohort now having to learn in the gymnasium… it’s just crazy.”

East Marden Primary School is currently undergoing a $7.5 million state government-funded upgrade, but the Sapphire building is not slated for demolition as part of that project. 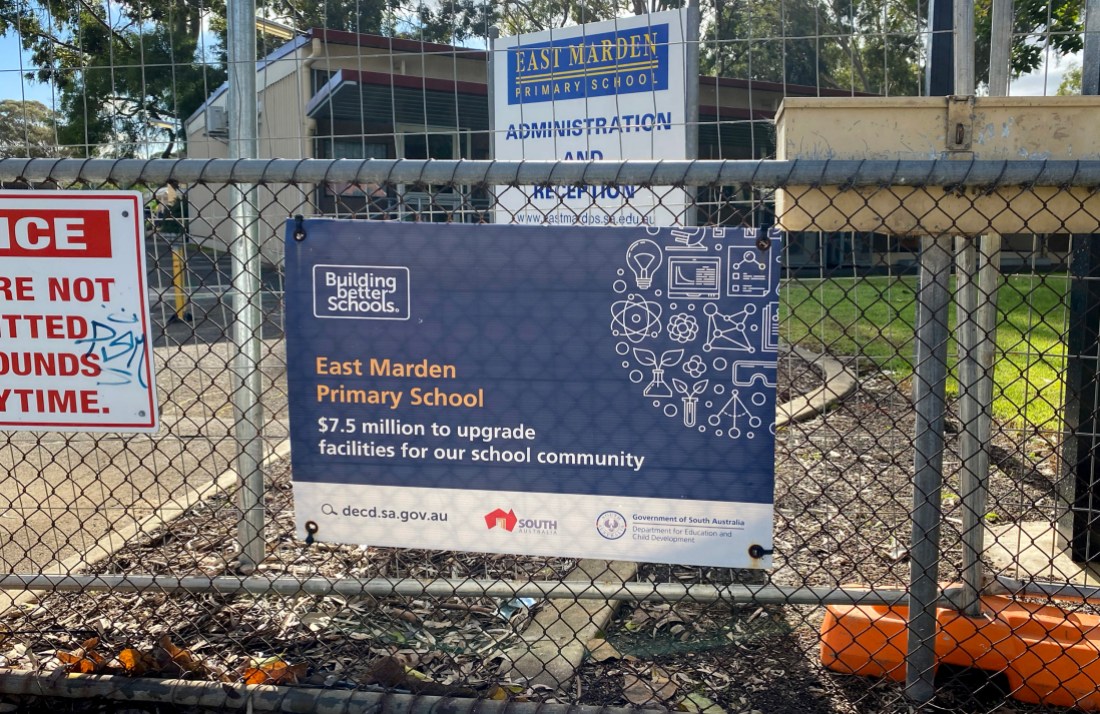 The Education Department confirmed the building was last refurbished in 2018 as part of a STEM (science, technology, engineering, maths) project, but the ceiling space “was outside the scope of that work”.

“The unbelievable thing is this isn’t even one of the buildings they’re going to demolish – this is one they’re keeping,” the parent said.

“The kids are still going to have lessons in there.

“It is a failure by successive governments to invest in our public schools.”

A spokesperson from the Education Department told InDaily that building remediation work would be completed in time for Term 3, beginning July 25.

In her letter to parents, James wrote the school would continue to work with SA Health and building contractors to assess the building.

She wrote the building would undergo “further remediation work to ensure the surfaces and ceiling space are clean and the ceiling integrity is not compromised”.

“We are conscious of the disruption to the normal learning program for some of our students,” she wrote.

“We want to minimise this, but will follow public health advice to ensure a safe environment for our staff and students at all times.

“To that end, we have made the decision that students who are currently learning in the gymnasium will continue to do so for the remainder of term.”

InDaily asked the department if it would make public the results of tests undertaken by the environmental consultants, but did not receive a response.

James wrote that the department would work with the school, SA Health and SafeWorkSA to “ensure the wellbeing of students and staff at the school”.