Former vice-president of Central Queensland University Alistair Dawson was set to take up the role leading the southern suburban Onkaparinga Council, prompting a backlash from residents groups over controversial comments he posted online earlier this year.

Dawson criticised Tame’s frosty body language towards Morrison and his wife Jenny at the January reception, an incident that sparked broad national debate.

At the time, Dawson posted on his LinkedIn: “This is what childish behaviour looks like.”

“If Grace Tame was trying to make some sort of protest it backfired badly and her behaviour will be seen as nothing more than a spoilt brat who is undeserving of the Australina [sic] of the Year Award,” he wrote at the time.

“So glad her term is over as is her fifteen minutes of fame.”

The post prompted a backlash at the time, although Dawson denied the fallout influenced his departure from the university in February, telling Brisbane’s Courier Mail at the time: “I hadn’t been happy at the organisation for quite some time and disagreed with much of its direction.”

However, his appointment as Onkaparinga’s CEO had sparked a similar backlash, with the council last night reversing its decision after a private meeting.

Acting mayor Simon McMahon last night posted a bulletin saying that over the last week “council has received feedback from the community and staff regarding the appointment of Mr Alistair Dawson to the role of CEO”.

“In light of the feedback, and with the best interests of the community and council’s employees in mind, Alistair Dawson and the city of Onkaparinga have mutually agreed not to proceed with the intended appointment,” he said.

“Council confirms that expenses incurred by Council are limited to reimbursement for preliminary relocation costs only. These costs are less than $10,000.

“The Council thanks Mr Dawson for his interest in the position.”

Dawson told InDaily this morning that his contract had not been cancelled, rather “I chose to walk away from the contract, when council expressed concern about a number of uninformed minority community actions”.

“[I] indicated as such to the council who then agreed,” he said.

“I was selected as the new CEO on merit based on my experience, results focus and history of success, and was already working on a plan to help the city become more financially independent, productive and customer-focused.

“However, I believe the council, facing an election year did not need the distraction from those with an uninformed agenda and so I chose to give the council that option.

“I wish them well in their endeavours. The region deserves good government and I hope in time it gets that opportunity to benefit from it.” 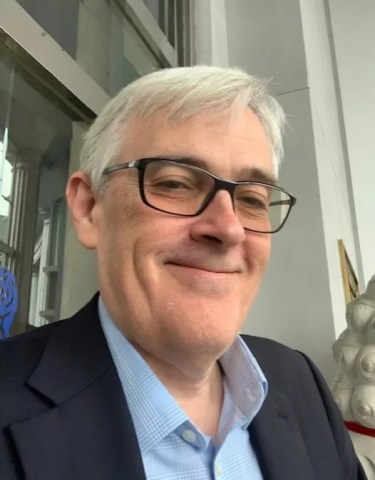 In a comment on an unrelated LinkedIn post overnight, Dawson had noted: “There is too much cancel culture already in this country and it will be the ending of our society if we don’t wise up.”

Resident Yvonne McGrotty, who had helped lead the campaign against Dawson’s appointment, posted a video saying the decision was “a great outcome and a really good demonstration … that people do have power and with the right kind of influence and the right kind of noise, decision-makers are forced to listen to us”.

“We need to understand how the council got it so incredibly wrong,” she added.

“Let us never forget the councillors who decided this was the appropriate person to represent our city.”

She called for the public to be engaged in the appointment of the next CEO, which will now be “paused” until after council elections in November.