Edita Siroky lodged a claim of medical negligence in the Supreme Court after the hospital failed to diagnose a bacterial spinal infection in 2018, resulting in her becoming a quadriplegic.

The hospital initially denied any fault but later admitted negligence and liability.

However, the hospital is now disputing the cost of the grandmother’s future care and how much compensation she should be paid, meaning the case will have to go to trial.

Siroky’s solicitor, DBH Lawyers partner Peter Jackson, told InDaily: “It’s a very tragic case which unfortunately has been unable to be resolved as of this time and the matter is listed for trial commencing in August.”

In her statement of claim, Czech-born Siroky, who receives full-time care from her son, said the medical negligence occurred over 13 days in February 2018.

She was taken by ambulance to Noarlunga Hospital on February 14 with a three-day history of sore throat, difficulty and pain swallowing, sore neck, a dry cough, fever and vomiting.

She was given fluids and antibiotics and several tests were undertaken including blood tests and X-rays.

Siroky’s claim says she was transferred to Flinders Medical Centre where she was diagnosed with tonsillitis and discharged on February 16 with an antibiotics prescription and a recommendation to attend her GP for follow-up.

She spent several days in hospital, where more tests were done and she was given a steroid medication before being discharged again.

On February 27, Siroky collapsed while in the car park of her chiropractor and was taken by ambulance back to FMC. 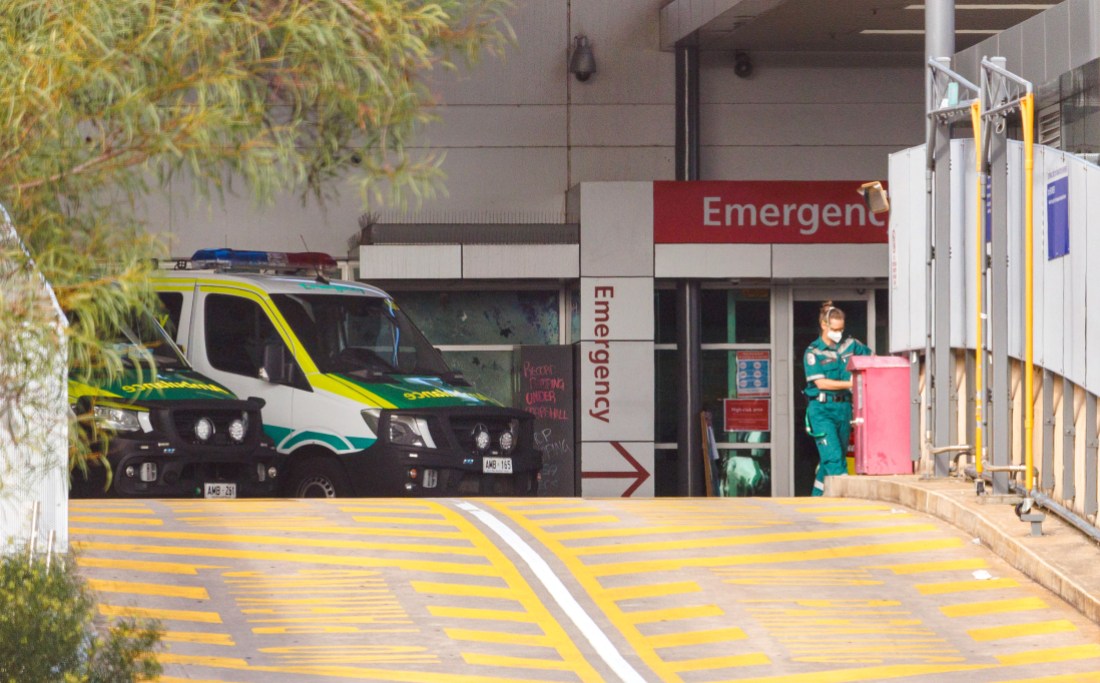 She was admitted to the intensive care unit where tests confirmed an infection and damage to her spine.

In her claim, Siroky says that by giving her a high dose of a steroid medication, the hospital caused a “rapid progression” of her undiagnosed spinal condition and left her a quadriplegic.

She accused the hospital of failing to take an adequate history of her presenting complaint and symptoms of neck and shoulder pain, failing to use a translator or translating service to help with communication, failing to recognise that she was “systemically unwell” and failing to consult with her son about her condition.

She said she had a fever, was vomiting, had raised C-reactive protein levels and white cell counts and indications of a bacterial infection.

She said the hospital “failed to recognise that the radiating and central nature of (her) symptoms directed attention to the likelihood of a spinal or central lesion” and discharged her.

“As a result of the negligence of the hospital in failing to diagnose and treat Mrs Siroky’s infective process, she suffered discitis of the cervical spine and the infection spread with formation of an abscess… which left untreated grew, causing cord compression and sub-total quadriplegia,” her claim states.

Siroky is claiming damages for physical and psychiatric injuries.

In its initial defence filed with the court, Flinders Medical Centre denied negligence.

In an updated defence, the hospital conceded it was at fault, saying it “admits that as a result of its negligence the plaintiff was rendered a sub-total quadriplegic”.

The hospital also admits that Siroky “has required and will require medical treatment for her spinal epidural abscess, cord infarction and sub-total paraplegia”.

But it denies that she has required or will require treatment for any psychiatric injury.

The hospital also argues that if Siroky has suffered any economic or non-economic loss, it is related “wholly or at least partially” to pre-existing conditions including high blood pressure, a heart condition, obesity, glaucoma, depression and a fracture of her right leg.

Court documents show mediation has failed to result in a resolution, with the judge noting “the major issue in contention between the parties is the cost of future care”.

“The question of life expectancy also remains an issue,” the judge said.

Flinders Medical Centre has rejected Siroky’s confidential claim amount and has made its own counter offer which Siroky’s legal team has refused.

The matter is listed for a 10-day trial starting on August 1.

SA Health told InDaily it was unable to comment on matters before the courts.