The State Commission Assessment Panel (SCAP) will tomorrow discuss a development application lodged by 120 The Parade Pty Ltd to build 69 apartments, four shops and two offices opposite the historic Norwood Hotel on the southwestern corner of The Parade and Church Avenue.

A member of the state government’s Planning Department has recommended that the SCAP grant the application planning consent with several conditions, despite noting “tension” regarding the building’s proposed height.

In a report, the staff member wrote the development achieved “good design outcomes” because it sought to restore and repurpose heritage buildings and it had an “articulated” built form.

“The development is generally considered consistent with the policy framework,” the report noted.

“Notwithstanding the contrast in scale, the design and appearance of the proposal displays a compatible visual relationship with the local heritage places.”

If approved, the rear of four shops along The Parade would be demolished, but their front façades and bluestone walls, which were built in 1800s and protected under local heritage laws, would be conserved and retained.

Two Baptist lecture halls on Church Avenue, which are also located on the development site, would be restored and turned into shops.

The developer claims the proposed new building would “reinforce the vibrancy and popularity for which The Parade is well known”.

It claims it should be allowed to exceed the six-storey height limit for the area, as the development site is considered “significant”, meaning it can exceed the normal height limit by 30 per cent. 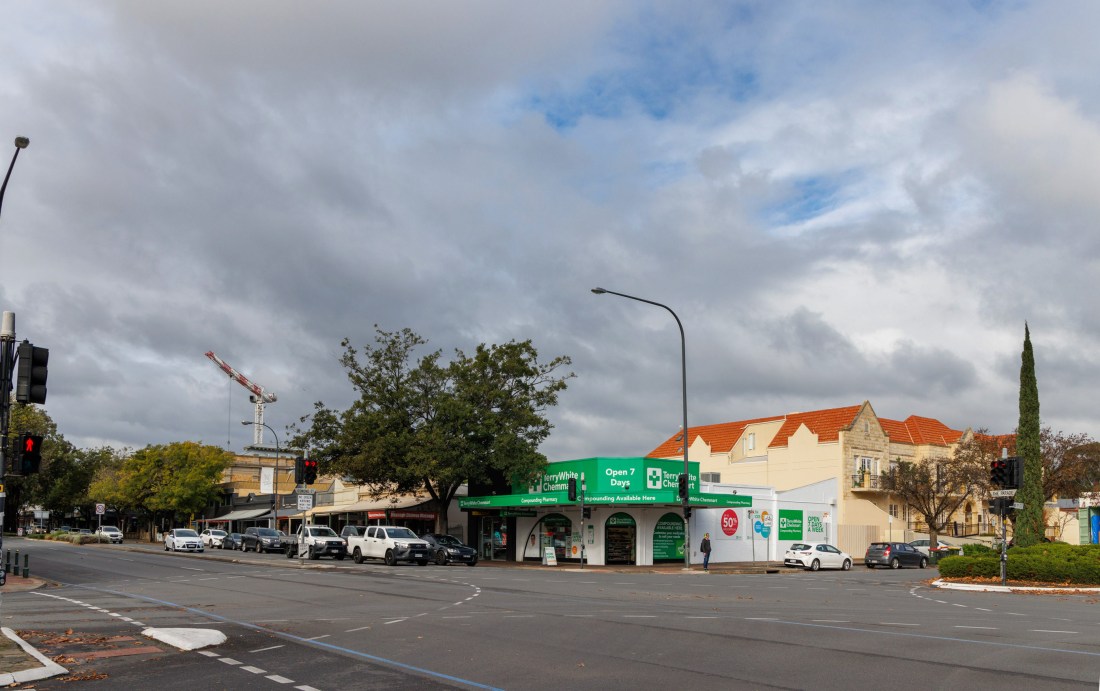 A view of the development site, to the left of the corner business. Photo: Tony Lewis/InDaily 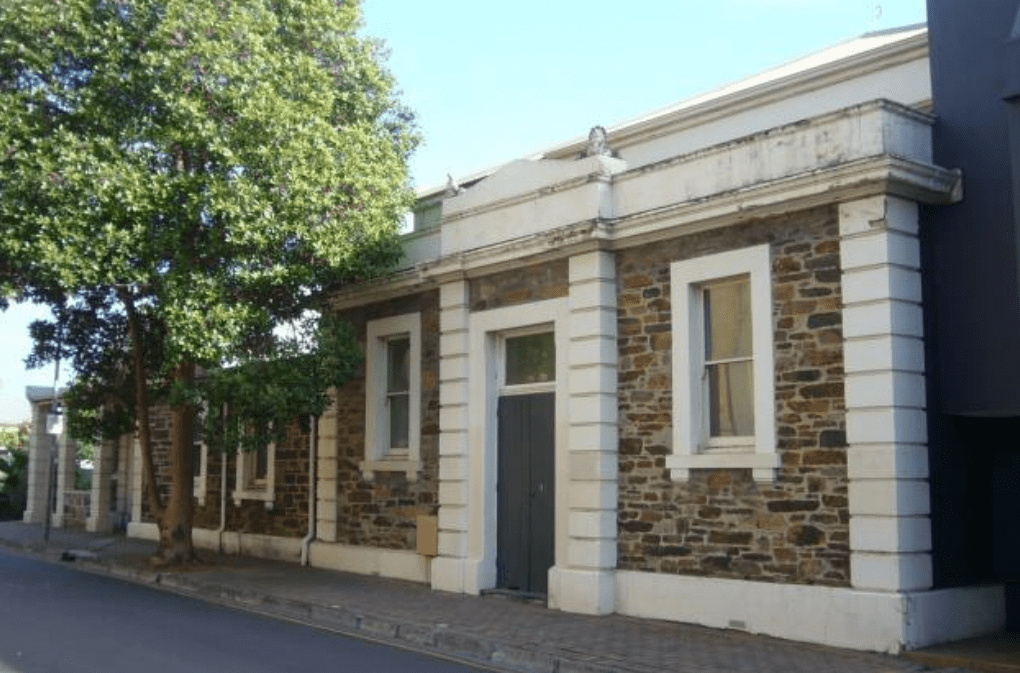 The Norwood Payneham & St Peters Council describes the proposed building as “excessive” and says it would detract from the amenity of The Parade.

In a submission to the SCAP, the council’s urban planning and environment general manager Carlos Buzzetti wrote the bulk and scale of the development “completely ignores its context”.

“There is nothing of the proposed scale in a single building anywhere near this site in Norwood,” he wrote.

“The shop buildings are reduced to virtually facades only with minimal side wall returns.

“(It) will lead to a development that will ‘loom large’ within its main street setting and detract from, rather than enhance, the amenity of the locality.”

Twenty-four Norwood residents wrote to the SCAP expressing their views, with the majority saying they were concerned about the proposed building’s size and the potential for it to overlook neighbouring properties.

One group submission stated the development would be “better located in Manly, NSW, for example, than in Norwood”.

“The development as proposed is insensitive,” the submission stated.

“The building mass, height and development yield currently proposed is excessive and out of character with the iconic and historic appearance of The Parade in general.”

Another resident wrote: “People enjoy living here for the cozy lifestyle, as well as the character of the suburb – this completely takes away from all of that”.

Planning company Masterplan, representing the developer, said it disagreed that the building was excessive.

“The site is large through the assembly of a number of contiguous allotments,” planner Graham Burns wrote.

“It also has an expansive frontage to The Parade and Church Avenue.

“We believe that the facades visible to these roads, and indeed all visible elevations, are interesting, varied and articulated.”

Burns wrote that the designers had “refined” the plans to address the concerns and advice from the Government Architect.

A heritage impact report prepared for the developer stated the shops and Baptist lecture halls had been “severely compromised” by numerous upgrades.

It stated the proposed development would “not remove historic fabric that makes a significant contribution to their individual heritage value”.

An earlier version of this story stated it was the State Planning Commission that recommended the SCAP grant the development application planning consent. The story has since been updated to state a member of the state government’s Planning Department made the recommendation.