Cowdrey’s seat of Colton – which he retained against the March state election tide with a margin of 4.8 per cent – held its branch AGM last week, with an influx of new conservative-aligned members attending ahead of a vote to install a new SEC (state electorate convention) president.

The meeting was attended by prominent Right-wingers including senator Antic and Adelaide City councillor Alexander Hyde, who ran unsuccessfully for the party in Waite at the March poll.

Neither Antic nor Hyde was eligible to vote, although it’s understood the latter was a scrutineer in the ballot for SEC president, in which prominent lawyer John Caruso – the principal partner at Minicozzi Lawyers and a former colleague of Antic’s at Tindall Gask Bentley – defeated incumbent Andy Giles.

It’s understood a Right-backed candidate also took the vice-presidential ballot, although InDaily has been told Giles is not moderate-aligned.

But the coup secures a Right vote on state council, as the faction’s campaign to bolster its influence in the state party intensifies.

Cowdrey, considered a party moderate and elevated to the frontbench in the key Treasury portfolio after the state election defeat, told InDaily he was “unable to attend the AGM because of COVID-19”.

“I look forward to working with John who I have known for some time,” he said.

“The Colton branch has traditionally been – and remains – a fiercely independent branch… the SEC President has transitioned and the make-up of the state council delegates remains neutral.”

Hyde said the meeting was “well-conducted, respectful and collegiate”.

However, it’s understood Cowdrey and members of his branch were frustrated by the coup, which one party member has described as part of a “wash-through” from the Right’s 2021 recruitment drive into this year’s AGMs – at which the faction will seek to assert its numbers.

“It’s interesting though that this is a surprise to some of our sitting members – it shouldn’t be,” said one senior source.

“MPs should meet with their membership regularly… we have to embrace these new members – a lot of them have good intentions and want to help.”

However, fledgling Opposition Leader David Speirs declared shortly after his elevation to the leadership in April the practice should stop, saying: “I don’t think there’s any need for it to continue.”

But Antic was unapologetic today about the Right’s push for control, telling InDaily: “I have never seen so many new, principled and energised faces at party meetings and I am proud to lead that charge.”

“The Liberal Party of South Australia has around 5000 members, and conservatives now understand that the most effective way to change the direction of politics is by joining the Liberal Party and ensuring that your voice is heard at Annual General Meetings and parliamentary preselections,” he said.

Antic insisted the electorate was “tired of Liberal governments which fail to deliver on the party’s core principles”.

Together we are going to make the Liberal Party great again

“The previous State and Federal Liberal governments tried to ‘out-Labor’ the Labor Party and ‘out-green’ the Greens – the result was electoral rejection and devastation,” he said.

“Conservatives and those who hold their freedoms dear have in many cases flirted with parties like the Liberal Democrats, One Nation and Family First and, in almost every instance, they have failed to deliver electoral success.”

Antic said the Right must “ensure that we have people who share our values inside every aspect of the party machine, from branch president to parliamentarian”.

“The days of party ranks being populated by parliamentary staffers from left wing offices are over,” he said.

“Together we are going to make the Liberal Party great again.”

“As the party’s new leader, I want to grow our membership and welcome members from all walks of South Australian life,” he said.

“Whether they represent faith communities, environmental champions, small businesses, our regions or any other aspect of life, their contribution, ideas and energy should be embraced by local branches and sitting MPs.

“There is a great opportunity to reinvigorate the Liberal Party when we have more voices in our branches and a diversity in thinking – however, I won’t be encouraging particular large groups of people to join en masse, because I think that can have perverse outcomes and not necessarily lead to harmony within the party.

“Steady, considered growth is good, coupled with people having mechanisms to shape policy and get involved in social activities within the party.”

Speirs said since Saturday’s federal election loss “I’ve had lots of advice from lots of people”.

“I’ll have a lot more to say about this in the coming months as I seek to modernise the party, ensuring it is a sensible centre-right political party which embraces both conservative and progressive traditions that can be for all South Australians.”

It comes as the party administration today began interviewing hopefuls for preselection in the safe seat of Bragg, as part of a Candidate Review Committee process that could see nominee Chelsey Potter – whose Suffragette Group consultancy has helped run recent campaigns by prominent independents against Liberal incumbents – rejected as a prospective candidate.

But insiders are warning while Potter, who in 2019 aired a workplace sexual assault allegation and was prominent in last year’s broad criticism of political workplace culture – could be disallowed given she has not had active recent membership, such a move could compel her to run as a Teal-style independent.

“If the Left don’t handle it well, they’re actually setting Chelsey up for success – it’s a real threat,” said one source.

Insiders have suggested sections of the party attempted to mobilise voters in the Bragg SEC not to endorse Potter’s nomination form, although she ultimately garnered the required signatures to stand. 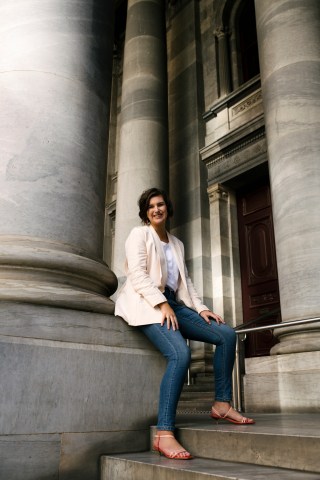 While there have been calls for the party to preselect a woman in Bragg – to add to its tally of just two female lower house MPs once incumbent Vickie Chapman departs, with both of those only elected at the March poll – neither Boothby candidate Rachel Swift nor former Elder MP Carolyn Power put their names forward.

Some party members are incensed prospective candidates were only given a 48-hour timeframe in which to nominate, with one calling it “the greatest stitch-up of the modern era”.