Chelsey Potter worked in various ministerial offices before making a public allegation in 2019 of sexual assault by a Liberal colleague, who was reported at the time to “strongly deny” the allegation.

She last year lobbied party powerbrokers for cultural change in the wake of revelations of the alleged rape of former staffer Brittany Higgins.

She has since founded Suffragette Group, an advisory that seeks to “turn the tide, flip the script and change up the political game” by offering “strategic advice and communications support to women candidates”.

She has worked on recent state and federal independent campaigns, including with Lou Nicholson in Finniss and Liz Habermann in Grey.

Potter confirmed to InDaily last night she was “seeking signatures” for local branch party members to nominate for Liberal preselection in Bragg, which former deputy premier Chapman is vacating after 20 years.

However, it’s understood key party figures are against her nominating and there is no guarantee she will obtain the four signatures from preselectors required to nominate by today’s 5pm deadline.

She also suggested her candidacy may be predicated on whether another high-profile woman – such as failed Boothby candidate Rachel Swift – nominates for the ballot. Swift has not responded to several inquiries this week.

“At the end of the day, I’m here to help rebuild the Liberal Party – I’d like to be part of that,” Potter told InDaily.

“I’d hope that the Liberal Party is prepared to include women who have something to offer.”

Before today the only hopefuls who had confirmed their candidacy were men – moderate-aligned Jack Batty and Sandy Biar – but party member Melissa Jones, who previously sought preselection in Waite for the state election, today said: “I can confirm I’ll be seeking preselection for Bragg.”

Jones, a lawyer who described herself as “a Liberal moderate” is a Loreto old scholar, whose daughter currently attends the school. 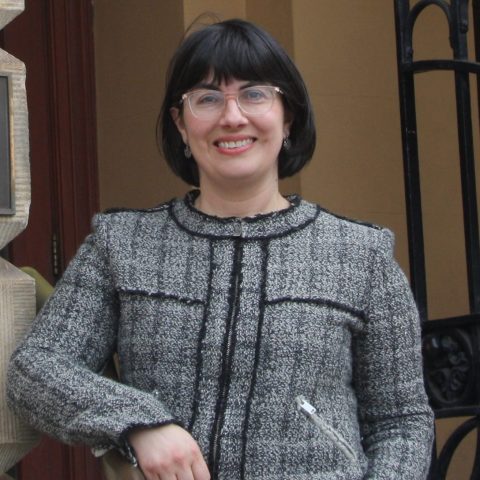 Former Elder MP Carolyn Power has also been lobbied to run in Bragg, and is understood to have informal support from state party leader David Speirs, but insiders are not expecting her to put her name forward.

Power has not responded to inquiries.

The candidacy of Potter – who was previously married to current state Liberal deputy leader John Gardner – would also require an exemption from the party’s state executive, given her recent work for candidates taking on Liberal incumbents.

If she opts against nominating, or is unable to do so, she could yet run as an independent – declining to rule the option out when asked by InDaily today.

“At the end of the day, there should be a woman in Bragg [and] I’d hope the Liberal Party vote for one,” she said.

“[We want] a good woman MP in Bragg – whatever form that takes… we’ll see.”