Former prime minister Julia Gillard joined Albanese this morning as he visited a coffee shop in the Liberal-held seat of Sturt, with Labor’s Penny Wong, Amanda Rishworth and Mark Butler.

Several Liberal volunteers gatecrashed the cafe with anti-Albanese signs, but were ejected.

Sturt is currently held by James Stevens on a margin of 6.9 per cent and has been a coalition stronghold since 1972.

Labor is also looking to pick up the nearby seat of Boothby, which is held by the government on a margin of just 1.4 per cent.

Asked if she had any tips for Albanese on the campaign trail or for negotiating a potential hung parliament, Gillard said he didn’t need her input.

“Honestly, he’s campaigning magnificently, so he doesn’t need my advice,” she said.

Gillard was prime minister during the last period Australia had a minority government, between 2010 and 2013.

Prime Minister Scott Morrison is spending Friday campaigning in Western Australia, and says he is confident in the judgement of quiet Australians.

Invoking praise of the voters he credited for his 2019 election win, Scott Morrison says people were wrong about the expected result in the lead up last time.

“Everybody is so certain before polling day,” he said on Friday morning.

“What I’m always certain of is the Australian people and their judgment, who quietly go about their business and listen carefully and consider it and weigh it up.” 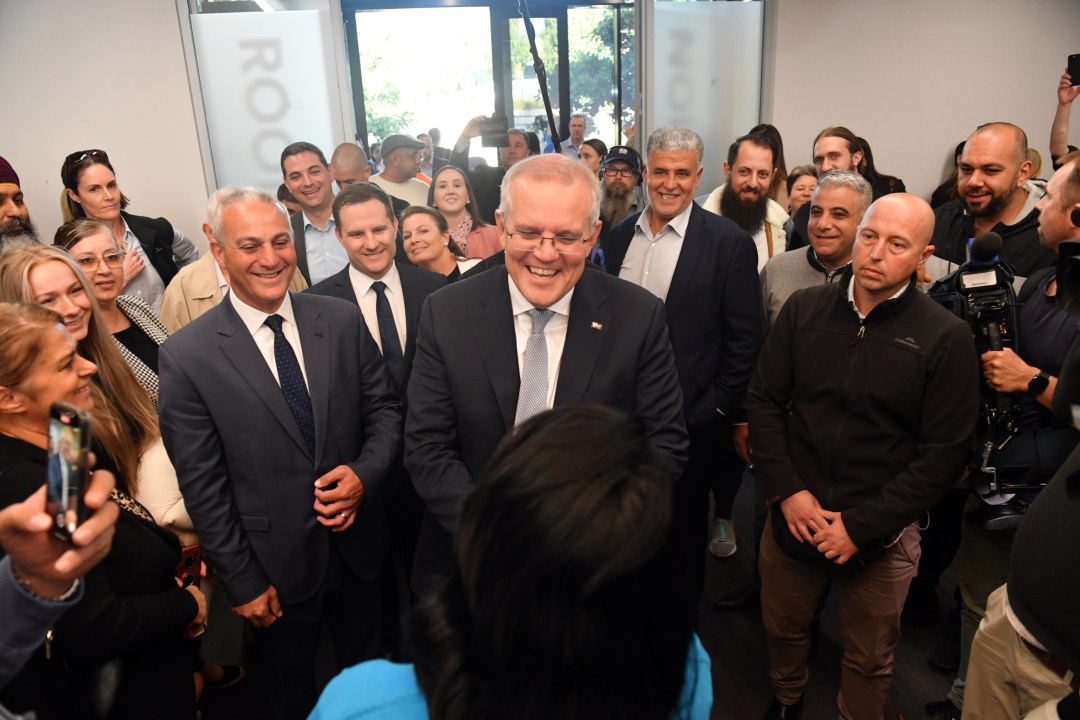 Morrison said he had always treated the west with the respect it deserves, while the Labor party took it for granted.

“I’ve always acknowledged that the Western Australian economy is so central to our national economic plan,” Morrison said.

“Anthony Albanese is no (WA Premier) Mark McGowan. Mark and I actually agree on a lot when it comes to the Western Australian economy, the differences are with Anthony Albanese.”

Morrison is confident the coalition will win back Cowan from Labor MP Anne Aly who was elected in 2016.

But the government must hold onto the seats of Swan, Pearce, Hasluck and Curtin which could swing to Labor.