The Australian Medical Association’s Ambulance Ramping Report Card was released today examining how quickly the states and territories are transferring patients into an emergency department bed after arriving in an ambulance.

The report found South Australia was in 2020/21 well below its target of transferring 90 per cent of patients within 30 minutes. Just 54.1 per cent of ED presentations were transferred within the half an hour timeframe.

All states and territories experienced a deterioration over the last three years, the report found, with no jurisdiction meeting its benchmark target. 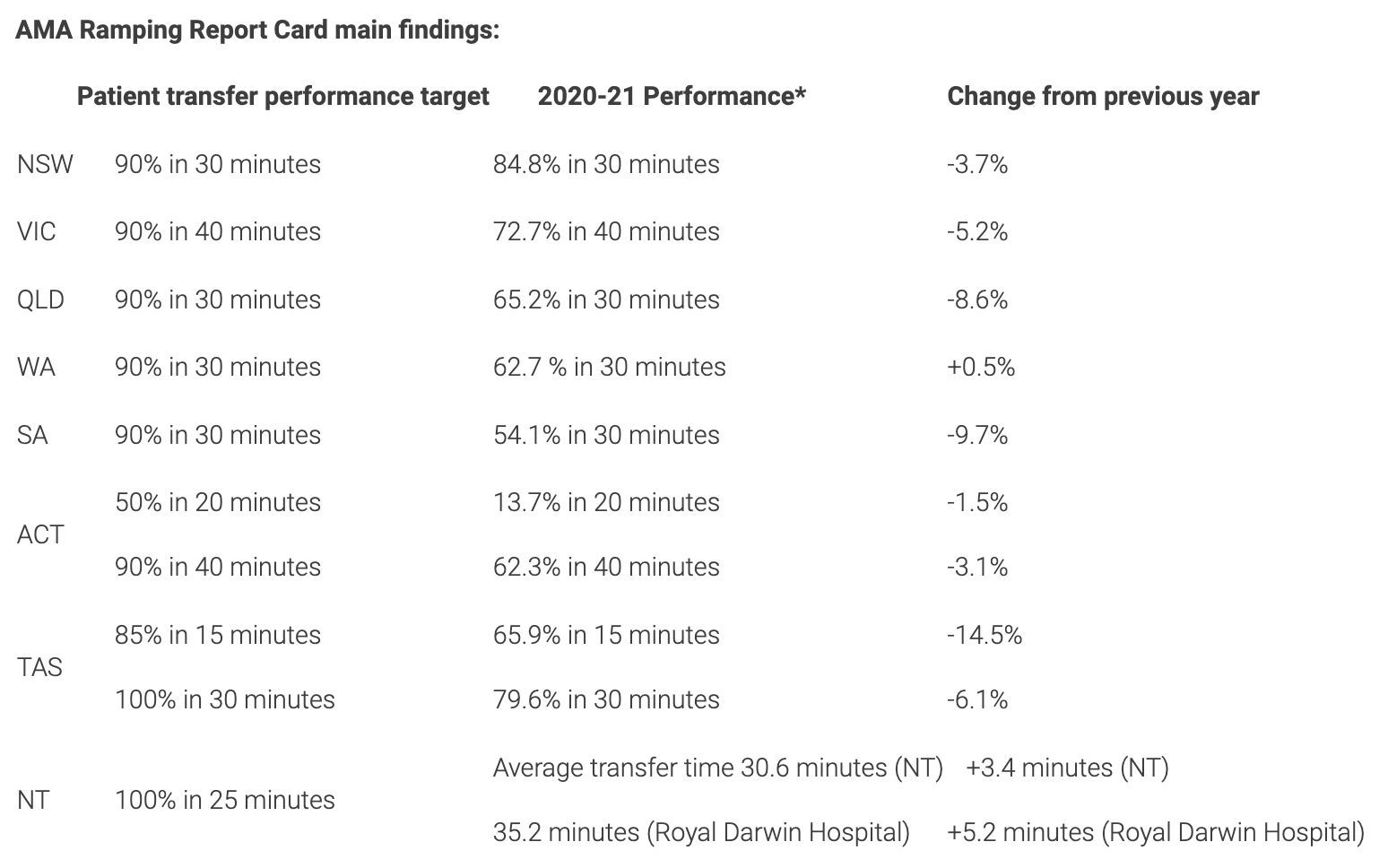 Queensland hospitals were only able to transfer 65.2 per cent of patients within 30 minutes. Western Australia was worse at just 62.3 per cent, albeit the figures were from the December 2020 monthly reporting period.

“The Report Card does not deliver good news – with no jurisdiction able to meet its own targets of getting patients out of ambulances and into the care of ED staff in time,” Khorshid said.

“I want to be clear, we’re not saying ambulance ramping is the fault of our incredible paramedics and ambulance staff or our overstretched Emergency Department workers.

“This is a hospital logjam issue pure and simple, caused by a lack of public hospital capacity.”

Khorshid called on the two major parties to make health a central focus in the last week of the federal election campaign.