Today’s case numbers are a drop from the two-week high of 4856 infections recorded yesterday. The number of people to come forward for a COVID-19 test decreased by 1.7 per cent over the last 24 hours.

The number of people hospitalised with the virus in South Australia also dropped today to 240, down from 247 on Wednesday and 254 on Tuesday.

There are 11 people in intensive care and one on a ventilator.

There are 25,246 active cases across the state.

Telstra will pay more than $2 million for overcharging thousands of customers between 2018 and 2021.

An Australian Communications and Media Authority investigation found the nation’s largest telecommunications company had ignored a 2020 directive to comply with billing accuracy obligations.

That directive came after Telstra overcharged more than 10,000 people almost $2.5 million, with the ACMA investigation finding a further 11,600 people had suffered the same fate.

About 8000 customers were charged more than $1.2 million for Belong-branded broadband services after they had changed providers, while others were charged set-up fees that didn’t apply.

Telstra, which self-reported the issue, blamed the overcharging on its internal system including a data transfer problem and old employee instructions.

“At a time when Australians are being very careful with their budgets, these errors are particularly concerning as they could have caused considerable strain and distress,” she said.

The errors were caused by data transfer issues between IT systems and also some work instructions being unclear or incorrectly applied.

“This is not the experience we want to be providing our customers, and Telstra has now improved our processes and systems to help stop this type of error from occurring again,” Katakto said.

A study released by AnglicareSA today examined 1125 rental properties listed on the weekend of March 19, finding just two were “affordable and appropriate” for a single person working on minimum wage.

Affordability was defined as no more than 30 per cent of a household budget taken up by rent.

Believe Housing Australia head of housing operations Stacey Northover said the situation would continue to get worse without “meaningful intervention” from government.

“We urgently need to confront the disturbing reality of what this means: literally tens of thousands of South Australians – including children – are becoming more vulnerable to housing stress and homelessness and that number is likely to increase,” she said.

“Investing in more social and community housing and a permanent increase to income support payments is the most powerful way to make the market more affordable and ensure South Australians do not have to choose between rent and food to keep a roof over their heads.”

The most recent figures from the Real Estate Institute of Australia show Adelaide has the least accessible rental market of any Australian capital city with just 0.6 per cent of dwellings vacant.

Nationally, Anglicare’s full survey of 45,992 rental listings found 98 per cent are too expensive for workers on the minimum wage.

Anglicare’s full survey of 45,992 rental listings across the country showed just 712, or two per cent, could be afforded by Australians earning minimum wage.

People living on the disability support pension were even worse off, only able to afford 52 rental properties, or less than one per cent of the rental listings.

There were just eight affordable rentals for people living on Jobseeker – all rooms in share houses. 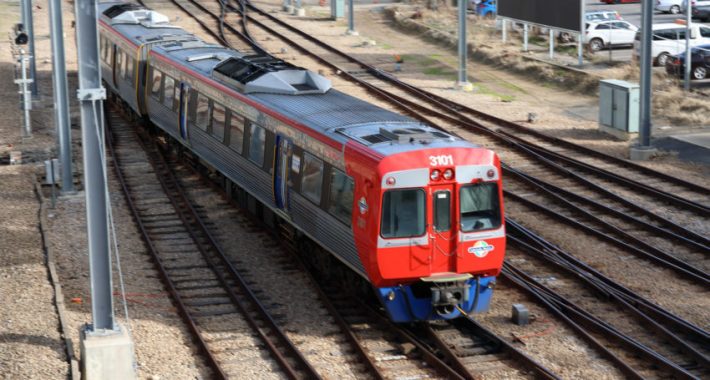 South Australia’s train services were privatised by the Marshall government during its term in office. Photo: Tony Lewis/InDaily

Any privatisation of a state-owned asset in South Australia would have to be approved by both houses of parliament, under new legislation set to be tabled by the Greens next week.

The proposed law change would also require a parliamentary committee to review any push to privatise an asset and table a recommendation on the decision in both houses of parliament.

Greens MLC Robert Simms, who will table the bill when parliament returns next week, said both the major parties had a “terrible track record” on sales of public assets.

“This bill would act as an important safeguard on public assets – ensuring that governments can’t conduct future sell-offs without appropriate parliamentary oversight,” he said in a statement.

“Privatisation was a key issue in the recent state election and South Australians are reeling after the privatisation of our public transport network and the disastrous effect this has had on services.

“I’m hoping all sides of politics will get on board with this simple reform that would safeguard our public assets into the future.”

It comes as the new Malinauskas Government looks to tear up a 12-year, $2.1 billion contract the State Government has with Keolis Downer to run Adelaide’s train network.

The private operator won the contract following the Marshall government’s privatisation of the state’s rail network in 2020.

South Australia has recorded its highest daily number of new COVID-19 cases for two weeks following a mid-week increase in testing, as another three people die with the virus.

SA Health reported another 4856 COVID-19 cases on Wednesday, up from 3463 infections the day before.

The spike comes after the number of people to receive a PCR test increased from 7141 to 11,184 over the previous 24 hours – a 56.6 per cent increase in testing.

The number of people hospitalised with the virus has dipped from 254 to 247, with 10 people in intensive care.

There are 26,486 active cases across South Australia.

The 4856 cases recorded on Wednesday is the highest since 4986 infections were recorded on April 13.

The Malianuskas Government has scrapped plans to turn the disused Highbury Quarry into a recreation park and tourism destination.

The Liberals had promised to transform the north-eastern suburbs site into a 350 hectare “Crystal Lake Recreation Park”, touted as a future tourism hotspot for swimming, cycling and kayaking similar to their opening of the Happy Valley Reservoir.

The Marshall government did not release costings for the Highbury project but said it hoped to have the park up and running in two years.

It’s currently a disused, locked away quarry, but we want to turn this 350-hectare site into a place where all South Australians can go kayaking, swimming, diving & more!

But Environment Minister Susan Close this morning said she had cancelled the State Government’s deed for the purchase of the land from quarry owners Holcim “at no cost to taxpayers”.

“While I value the benefit of creating open spaces, the Crystal Lake election commitment was a reckless and rushed policy idea that would have cost taxpayers millions of dollars,” Close said. 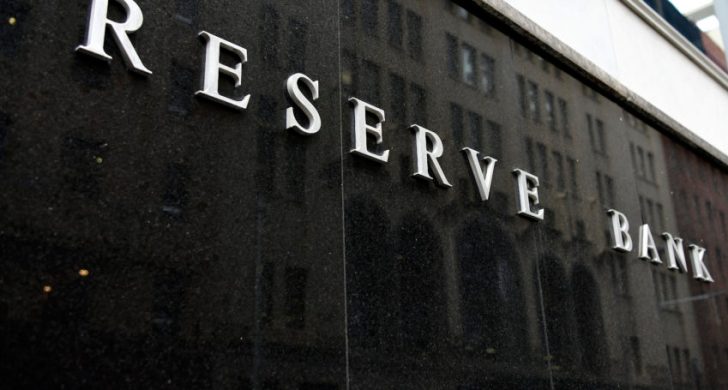 The Reserve Bank of Australia could lift interest rates as early as next week. Photo: Bianca De Marchi/AAP.

The prospect of the Reserve Bank lifting interest rates for the first time in 12 years is looming large over the election campaign as Labor and the Coalition continue to clash over economic management.

Three of the four big banks are now predicting a rise in the cash rate by next week following new data from the Australian Bureau of Statistics showing the annual inflation rate jumped 5.1 per cent.

The figure could force the Reserve Bank of Australia to raise the cash rate from its record low of 0.1 per cent.

Prime Minister Scott Morrison said in a time of “great uncertainty” with cost of living pressures, voters should return his government to power based on its track record.

“As Australia comes out of these difficult times, we don’t want them to be hit down again by forces well beyond Australia’s borders but … what we’ve shown as a government is we’ve been able to keep as much pressure down on those forces as good governments can,” he said.

“We’ve demonstrated that for now.”

Labor’s economic plan, if it wins office, would include an audit of “waste and rorts” as well as crackdowns on multinational companies avoiding tax in a bid to make $5 billion in budget savings.

Morrison will start Thursday by campaigning in Cairns – the marginal Liberal seat of Leichhardt – which is held by 4.2 per cent.

But Labor frontbenchers will continue to campaign in his stead and will be in Sydney on Thursday.

Russian missiles have been spotted flying low over a Ukrainian nuclear power plant, with Ukraine President Zelenskyy warning of the potential for another Chernobyl-like disaster.