Reynella woman Ellie Perkins was three and a half years old when the Department for Child Protection removed her and her three older brothers from the care of their birth mother.

The now 26-year-old was placed into foster care alongside one of her brothers, but a placement breakdown seven years later forced the pair apart.

“He got moved from Seaford to Edwardstown, so I didn’t really get to see him, other than access to him two or three times,” she says.

“It was like, OK you can see him from nine until 4pm every so often – that’s all I got – and it took an hour and a half one-way to get there.

“He was like my protector, my big brother you know? So, it was really tough.”

Perkins’ experience is not unique. A 2018 survey conducted by child protection advocacy group CREATE Foundation found 42 per cent of South Australian children in care who responded to the survey reported being housed separately from their siblings.

The group found South Australia had the highest rate of “split” sibling placements in the country, despite the percentage dropping from about 53 per cent in 2015.

“You’ve got siblings in the care system and they could be two or three years apart, but they don’t even know about each other,” CREATE Foundation executive director of research Dr Joseph McDowall says.

“The number of stories we hear from children and young people who didn’t know they had brothers and sisters and somehow they found out much later – this is a real problem.”

Brothers and sisters fight for their voices to be heard

While the Department for Child Protection says it has a “strong focus” on keeping brothers and sisters together, some children in care call the Guardian for Children and Young People to appeal for more contact with their siblings.

The Guardian’s office is legislated to advocate for the rights of children in the child protection system, as well as to monitor the safety and wellbeing of young people in care.

Last financial year, about 19 per cent of the enquiries received by the office related to contact with birth families.

“Over this last year, the number of enquiries that we are getting and the number of matters that we have been involved in has increased,” principal advocate Merike Mannik says.

“In some instances, it’s been them (the children) asking to see their siblings because contact hasn’t been happening for several years.”

Mannik says about two years ago a young man in care contacted her saying his repeated requests to meet his two younger brothers had gone unanswered by the department.

“He said, ‘look, I’ve been asking to meet my two younger siblings since they were born and nobody’s listened and they’re now going to kindergarten and school and I’ve still never met them’,” she says.

“The young siblings had never been told that they had this older brother… they didn’t even know he existed.

Mannik says it took about 18 months of advocacy before the young man was given permission by the department to meet his brothers.

“The young man wanted to be protective and was so driven to meet his little brothers – it was a beautiful thing… but he had to be so persistent and so tenacious to be able to do that.

“When he did meet them, he could see that they were happy and healthy, that he could play with them and commence that journey of being part of their lives.”

A lack of foster carers who are willing to look after large groups of children can make sibling placements difficult to come by.

Guardian for Children Penny Wright says there is a “real shortfall of family-based care” available for the children and young people who come into the child protection system.

She says compared to other states, South Australia has a greater reliance on residential care, which is where children are housed together and looked after by rostered carers.

Latest data from the Department for Child Protection shows about 13 per cent – or 619 – of the total number of children in care on January 31 lived in residential care.

“If you have large groups of siblings it can be very hard to find vacancies together in one residential placement, or you might be able to find family-based care for some of those children but not all of them,” Wright says.

“As a department, we recognise the importance of children’s continued connection with their family, particularly Aboriginal children and young people, and the role this plays in helping them to develop their identity,” she says.

“The availability of placements can make it difficult to accommodate large sibling groups, which means sometimes siblings need to be separated when they come into care.

“We always need more family-based carers willing to open their homes to children and young people who are unable to live with their birth parents.”

Such carers include Will and Kylie, who decided to foster three siblings in care, raising them alongside their own four children.

The couple, who didn’t want their surname published, say they initially didn’t plan to welcome a group of siblings into their home when they were approved as carers but decided to see if the arrangement could work. 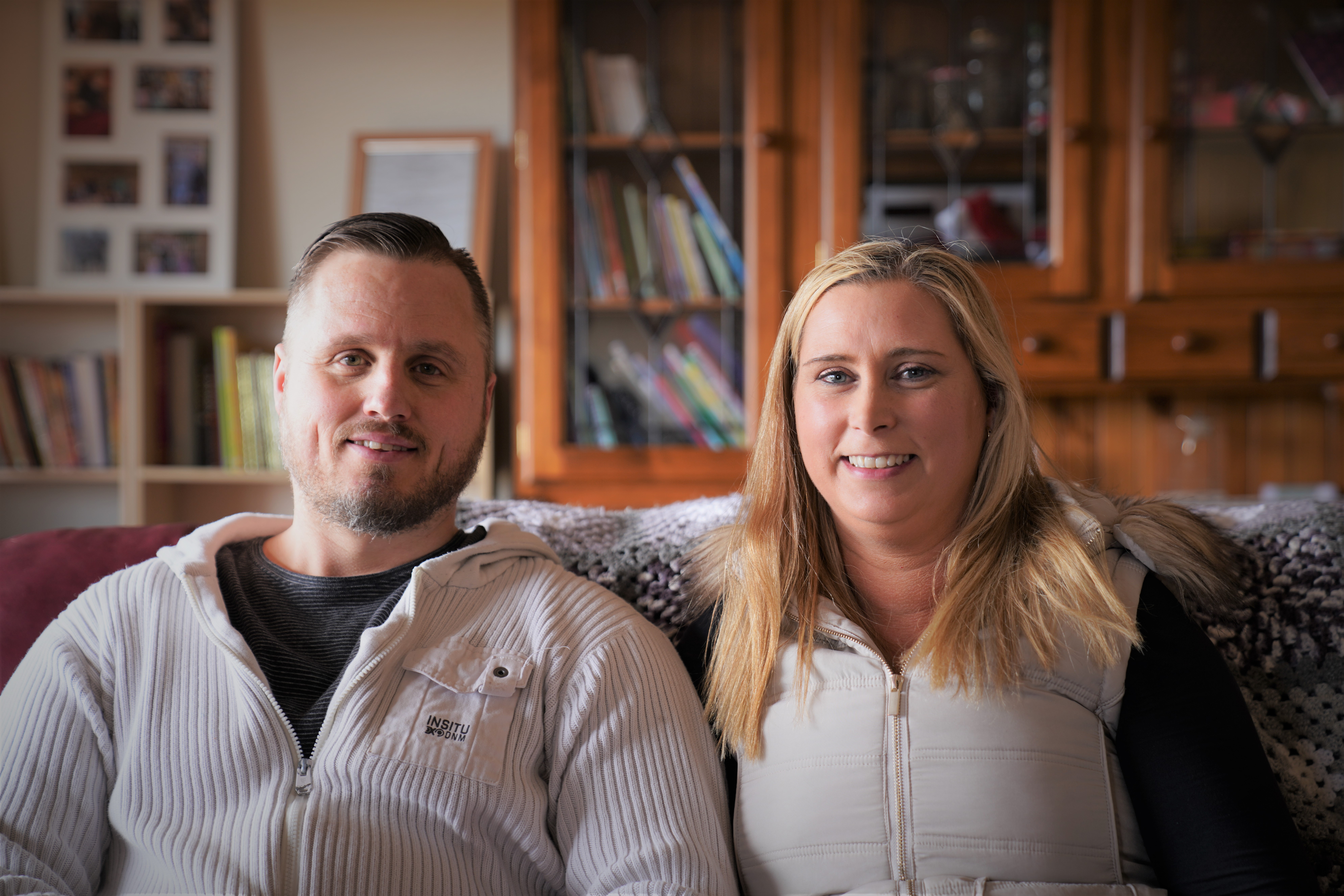 “We’ve had the three kids for over 12 months now and knowing how close they are, the thought of having them in a placement where they are not together just would not be an option for us,” Will says.

“The children are all really close, which makes it so much easier for everyone to get along and care for each other.

“It’s not uncommon to see two kids playing in one room, two kids in the other room and then two kids out on the trampoline – our second oldest boy calls his foster brother his ‘brother from another mother’.”

“When brothers and sisters can’t be placed in one household, they can instead be placed in close proximity to their siblings and share the benefits of the extended family model this program offers,” she says.

Solution ‘not just a one size fits all’

Advocates say authorities need to listen to what children want when deciding how they can keep children in care connected with their siblings.

South Australian Children’s Commissioner Helen Connolly says the solution is “not just a one size fits all”, with some children preferring to live separately from their brothers or sisters.

“Kids have said, ‘you really need to talk to us and ask us and engage us in the conversation about our siblings because for each it will be different’,” she says.

“These are all very individual situations that need to be managed in that way.”

McDowall agrees that sometimes, keeping siblings together can be “inappropriate”, but argues most of the time it’s “beneficial to have that connection”.

“A sibling relationship lasts forever – that’s for life – and there are cases that you read about where there are problems,” he says.

“If you can’t have the connection, our follow-up is it’s the responsibility of the department to actually ensure that these people are aware of their siblings and that they can actually be supported to make those connections.

“So often it relies on the goodwill of the carer to find out where the other members of the family are and to help that young person make that connection.

“We have to get a lot better at that – at supporting young people to get in touch with their families.”

Working out how the department can better connect siblings in care is one of newly-appointed Child Protection Minister Katrine Hildyard’s priorities.

She says during her time in opposition, she had conversations with the CREATE Foundation and young people who had left care to find out how they could have been better supported to remain in touch with their families.

“That came up so strongly in my conversations with those young people,” she says.

“I really was able to respond to that in terms of our commitments.” 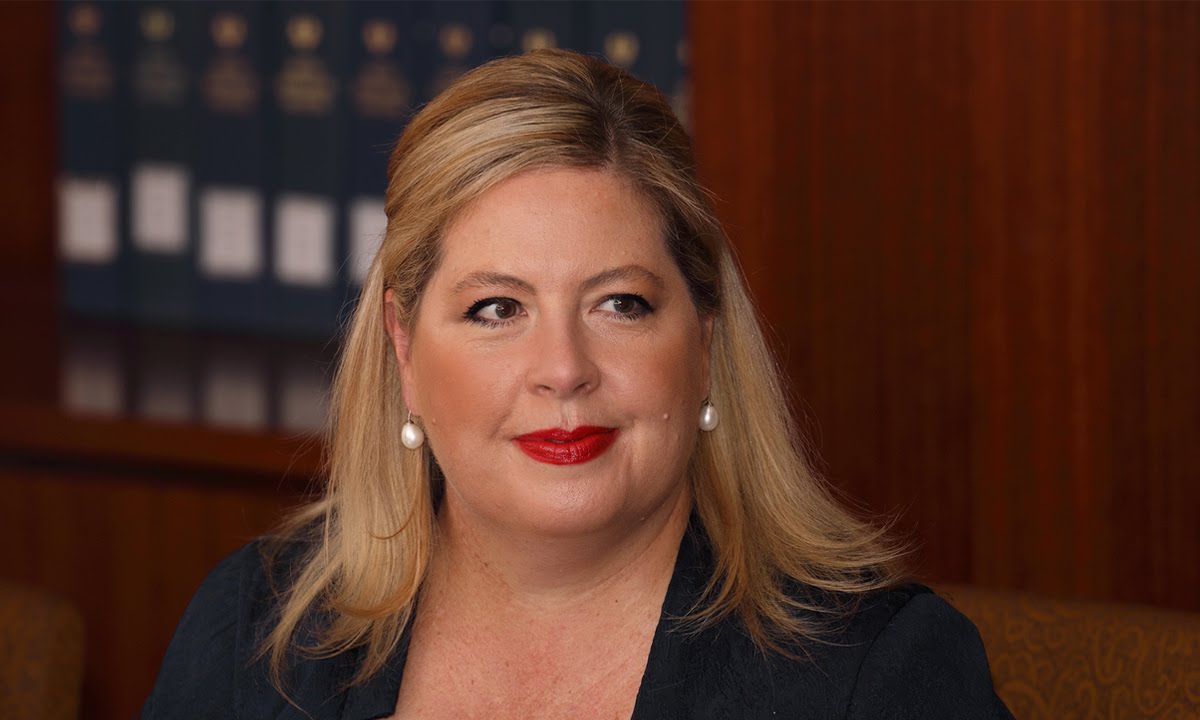 Hildyard says she will work with the Guardian for Children and Young People and the CREATE Foundation to come up with solutions.

“We’ll talk about how those connections with and between siblings in care can be much better supported and facilitated and how their rights as siblings can be considered as well.”

The subject is set to be discussed at this week’s CREATE Foundation national conference to encourage those with a lived experience of the care system to connect with decision-makers.

Ellie Perkins, who will give the young person’s welcoming address, says she wasn’t able to properly connect with her older brothers until after she turned 18 and left the child protection system.

She is now advocating for the Department for Child Protection to do more to ensure siblings in care are placed near each other, so they can catch up more easily.

“Now that I’m an adult I will go and stay there at mum’s house for a couple of days at a time – like a week or something – and my brother lives close by,” she says.

“I can do it on my terms and we’re connected online, like on our family Discord chat, and we keep texting each other all the time.

“It’s just been not forced or structured, it’s been more fluid and natural.

“Siblings are more than just blood.”