InDaily revealed in October last year that the South Australian Tourism Commission has been holding frequent, ongoing negotiations with Formula E about hosting a race in South Australia, despite the former Marshall Government – which cancelled the V8 Supercars event – dismissing it as “not financially viable” in the COVID-era.

Formula E is the highest class of electric vehicle globally and the only EV competition to hold the status of an FIA World Championship event.

However, the competition – now in its eighth season with races in 10 different countries – only has one event in the southern hemisphere, currently in Jakarta, Indonesia.

New Labor Minister for Tourism Zoe Bettison, asked whether the State Government was looking to bring a Formula E event to Adelaide, emphasised Labor’s priority is ensuring the Adelaide 500 returns to city streets in December.

But she added that “we are of course open to any submissions from any other motorsport bodies regarding other events”.

It comes after Formula E chief executive Jamie Reigle told The Australian Financial Review last week he is looking to expand the electric vehicle competition to Australia, with Adelaide and Sydney the two cities Formula E is most interested in.

“We have a team that go out and meet cities and government officials and prospective promoters, and that is very much in active mode now as we look to shape the calendar,” he said.

“This year we are doing 10 venues with 16 races – I would really like to scale that.

“If we have the ambition of being true to our brand in that it is a global world championship, you want Australia on that list.”

Reigle told the paper that for Formula E to choose a new host city it will require “pull from the people” along with “political will” and “government support”. 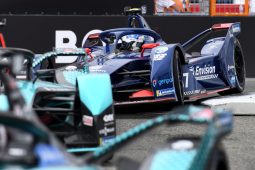 The former Liberal Government along with the Adelaide City Council prepared a business case for hosting Formula E, although then-Premier Steven Marshall declared in October 2020 “the future of a streetcar racing funded by the taxpayers of South Australia in this COVID environment is completely unviable”.

The details of that business case remain confidential. InDaily contacted the South Australian Tourism Commission for comment but did not receive a response before deadline.

The push for Adelaide to host a Formula E Grand Prix has attracted some prominent backers, including Business SA, the Committee for Adelaide, GFG Alliance chair Sanjeev Gupta and the Australia Institute.