Senior Liberals are expecting a hotly-contested preselection battle for what remains – despite an 8 per cent state election swing reducing the Burnside-based eastern-suburbs electorate’s margin to just over 8 per cent – the party’s fourth-safest SA seat, and safest in metropolitan Adelaide.

It’s understood one contestant will be Jack Batty, a lawyer and long-time staffer for former federal minister and moderate-faction powerbroker Christopher Pyne who in recent years has worked as an aide to UK High Commissioner George Brandis in London.

Batty, who ran for the Liberals against then-Premier Jay Weatherill in Cheltenham in 2014, has already canvassed support from several colleagues and is understood to be planning a move back to the electorate, where he owns property. 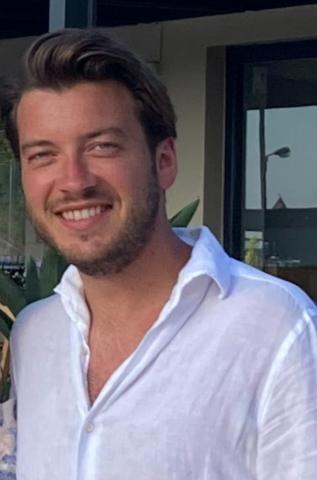 Jack Batty is expected to nominate for preselection in Bragg.

But senior figures in the party are adamant Chapman, the state’s first female Deputy Premier and Attorney-General, should be replaced by a woman, with several names being circulated amongst party circles.

These include ex-MP for Elder Carolyn Power, and Unley councillor and former Badcoe candidate Jordan Dodd – neither of whom responded to inquiries this morning.

“It would be good to settle on someone that turns this into an opportunity – a young female coming into the team,” said one insider.

But Chapman’s departure could also present an opportunity for the Labor Party, with the Malinauskas Government riding high after winning back power in SA after just one term in Opposition.

Labor powerbrokers are set to consider in coming days whether Bragg’s 8.2 per cent margin gives Labor a rare chance of snaring a foothold in Adelaide’s eastern suburbs.

Academic Rick Sarre, Labor’s candidate in Bragg in the past two polls and a former contender for the federal seat of Sturt, says he’ll be putting up his hand to run again, arguing he is “99 per cent likely to get the nod because I did very well” in the March election.

Although he attributes a couple of the 8.8 per cent swing he received to Family First preferences, which flowed to him because of Chapman’s role in passing parliament’s contentious termination of pregnancy legislation – despite Sarre insisting he shares the former AG’s progressive views on abortion.

He said he had not yet informed the party of his nomination but “I’d better do it today”, saying there was a “bit of a wink and a nod” towards him running again given widespread expectations of a by-election in Bragg before the next general election.

Party insiders, however, expect other prospective candidates will be considered before a decision is made.

Chapman had repeatedly refused to rule out quitting parliament when asked by InDaily this month if she intended to serve out her full four-year term.

What did shock colleagues, however, was the timing of her decision – within hours of her rival David Speirs seizing the leadership with the overwhelming support of his colleagues, and forcing voters in Bragg to go to the polls three times in as many months.

Chapman told InDaily she had not spoken to Speirs about her move to quit parliament, saying she “made the decision over Easter”, which she spent visiting family in Sydney.

“I don’t have anything further to add,” she said.

“Steven [Marshall] and I have had our time, I’ve made a decision, so that’s where we’re at… he’s made a public statement to stay on.”

She did not comment on the timing of her announcement which, coupled with her absence from yesterday’s ballot, underlined ongoing suggestions of a rift with Speirs – which he has continued to deny.

“I haven’t spoken to David [but] I obviously advised him as the new leader [of my decision],” she said.

Asked about suggestions in some Liberal circles her departure could offer a potential parachute for Marshall’s former chief of staff James Stevens in the event he loses his federal seat of Sturt – which occupies the same footprint as Bragg – Chapman said: “That’s a matter entirely for the party.”

But Stevens today ruled out any such suggestion, telling InDaily: “There’s no chance in the world, I can absolutely rule out any tilt at Bragg or any other seat.”

Speirs was diplomatic about the decision, saying in a statement it was “sad news for South Australian politics and for the Liberal Party”.

“Vickie has been a stalwart of the parliament for more than two decades and someone who I am proud to have worked with and have looked up to since before I was even elected,” he said.

“I thank her for her service to South Australia and the Liberal Party and wish her all the best in retirement.”

But Premier Peter Malinauskas said it was “pretty clear that the only thing Vickie Chapman was thinking about was to hurt the SA Liberal Party and David Speirs”.

Former Labor leadership duo Jay Weatherill and John Rau quit parliament 12 months after they lost power in 2018, but Malinauskas said in this case “we’re not talking about a year down the track, we’re talking about a matter of days and they’ll have to cast their vote again”.

“It’s clear the SA Liberals take the eastern suburbs for granted and see it as their own personal play-thing,” he said.

Chapman is awaiting the outcome of an Ombudsman’s inquiry, which is expected to report within weeks, examining her decision to axe a proposed timber port on her native Kangaroo Island.

The decision has already sparked a conflict of interest probe that saw her lose a historic vote of no confidence in the House of Assembly late last year, prompting her exit as Deputy Premier.