One clinician told InDaily he had been treating patients with dry coughs lingering for up to nine months, while international studies suggest they can persist beyond a year.

Doctors say many symptoms are similar to those of chronic fatigue syndrome.

Previously fit patients become breathless walking even just a few metres, others struggle to get out of bed.

“You might recover from the initial COVID infection but get stuck with this cough that can linger, and I’ve had patients with a cough for eight to nine months in a row.

“We’ve had a fair few studies showing that even at 12 months time they’re not getting improvement from the cough.”

Chua said up to 40 per cent of his COVID patients were coming back with suspected long COVID, generally considered to be symptoms lasting more than three months.

With thousands of South Australians continuing to test positive each day, GPs are bracing for a growing workload with many unknowns.

“The next six to eight months, I suspect we will see a lot more of this,” Chua said.

The severity of a patient’s initial infection isn’t necessarily an indicator for who will suffer long term, nor are previous fitness levels.

“We’ve had some elite sports people who are just buggered,” Chua said.

GP Dr Rod Pearce said he and his colleagues also were seeing growing numbers of people returning after an initial COVID infection, finding it difficult to cope.

“We’re getting between 15 and 20 COVID cases each day and increasingly we are finding people a week or so later really tired and struggling, and it’s continuing on for weeks and weeks,” he said.

“These are previously people who were high achievers, people with very good output and they’re struggling in their own mind.”

As well as shortness of breath and persistent coughs, patients are suffering “foggy brains”, extreme tiredness and loss of smell and taste.

“Fatigue seems to be where we’re dealing with it most and so far we haven’t got any treatments for it,” Pearce said.

“It’s a real thing, people aren’t making it up.” 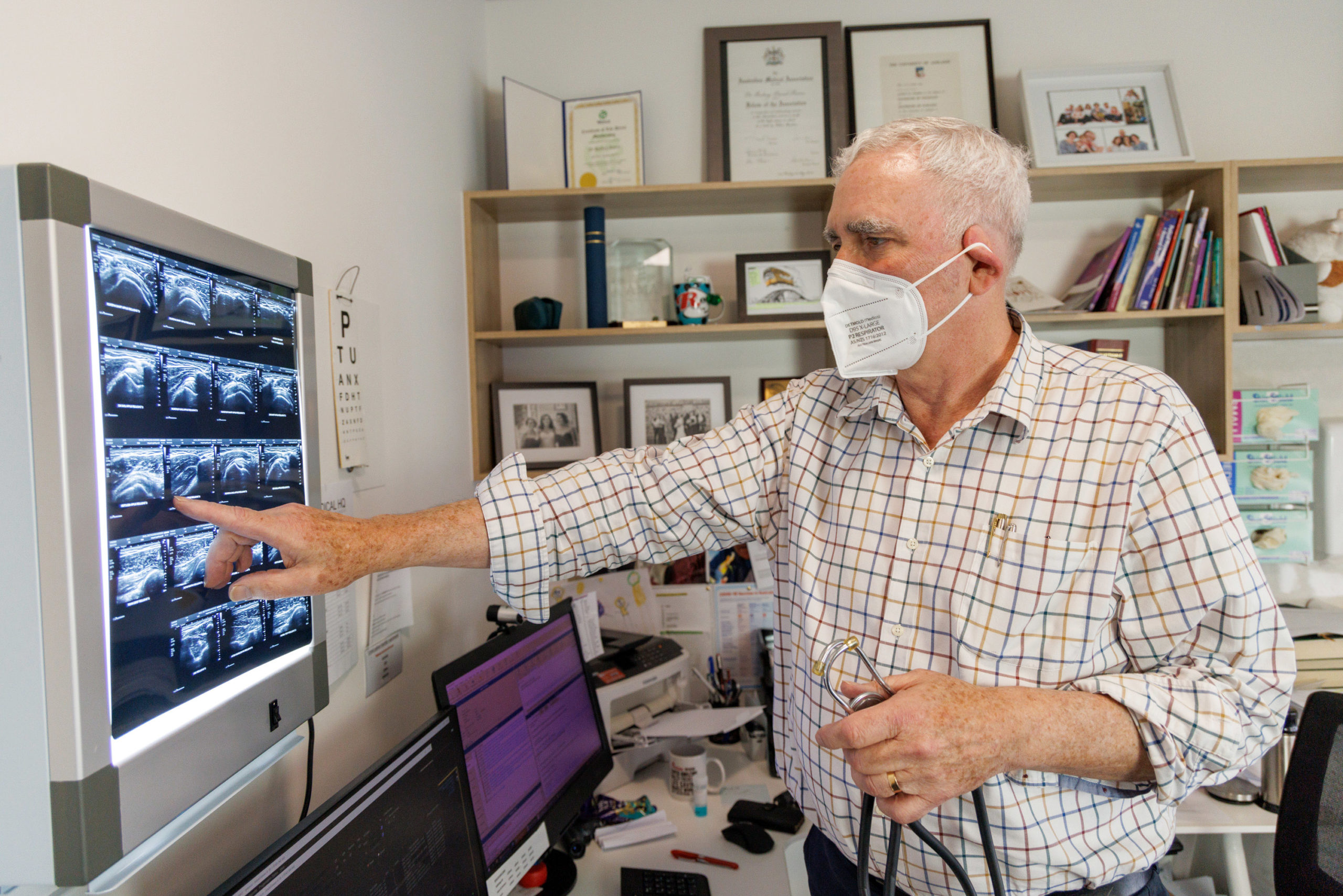 Pearce said patients were struggling with work and everyday activities and wondering “when life will return to normal”.

“None of us know that, we’re all just guessing at the moment,” he said.

LISTEN to our podcast:

The lasting effects of the disease are having a huge impact not just on people’s physical health, but their mental wellbeing.

“There’s frustration they can’t get on with what they want to do and a sense of anxiety about will it ever settle, like am I going to be like this forever?” Pearce said.

“People are saying nobody told me about this – they all talked about the acute disease.”

Pearce warned that as COVID continues to spread widely in the South Australian community, “a storm is coming with long COVID”.

“The Royal Australian College of General Practitioners is talking about one in three people have symptoms three to six months later,” he said.

“It’s a combination of neurological – so brain fog, respiratory – so shortness of breath, lack of energy, sometimes cardiac,” he said.

“COVID is a condition which affects a lot of the organ systems from the lungs, the brain to the heart and certainly we are seeing increasing numbers of people affected by long COVID with varying degrees of symptoms in all those areas.

“The classic ones being brain fog, fatigue, that feeling of shortness of breath, decreased exercise capacity, sometimes concerning heart symptoms.”

Moy is referring growing numbers of patients for cardiac checks, “just to double check their heart because we are getting a few more symptoms along that way”.

He said there was “concerning data” from around the world about “increased brain shrinkage” associated with COVID infections.

“And increased risk of heart attacks, strokes, things like that,” he said.

“They’re the sorts of things we’ll be looking out for as time goes on. Which is why if somebody comes in with chest pain who’s had an infection a while ago I’m going to be making sure that something hasn’t happened with their heart quite early.”

Doctors say there are limited treatment options for long COVID.

For the persistent cough, GPs are turning to inhaler steroid medication more commonly used for asthma.

“We’re seeing that there is some benefit but I guess time will tell if long term it does or does not help,” Chua said.

Moy explained that “most of it is just trying to get people through, in terms of as they recover, and just get them to be realistic and conserve their energy”.

“For the vast majority of people, it’s understanding that things will slowly get better but people will need to be patient and they will need to conserve their energy and use their energy to get as much function as they recover,” he said.

How long is it going to impact my life? I just don’t know.

The Lombardi siblings have been coughing for months, following COVID infections in January and February.

Ongoing impacts of the disease are affecting many areas of their life.

All three were triple vaccinated. 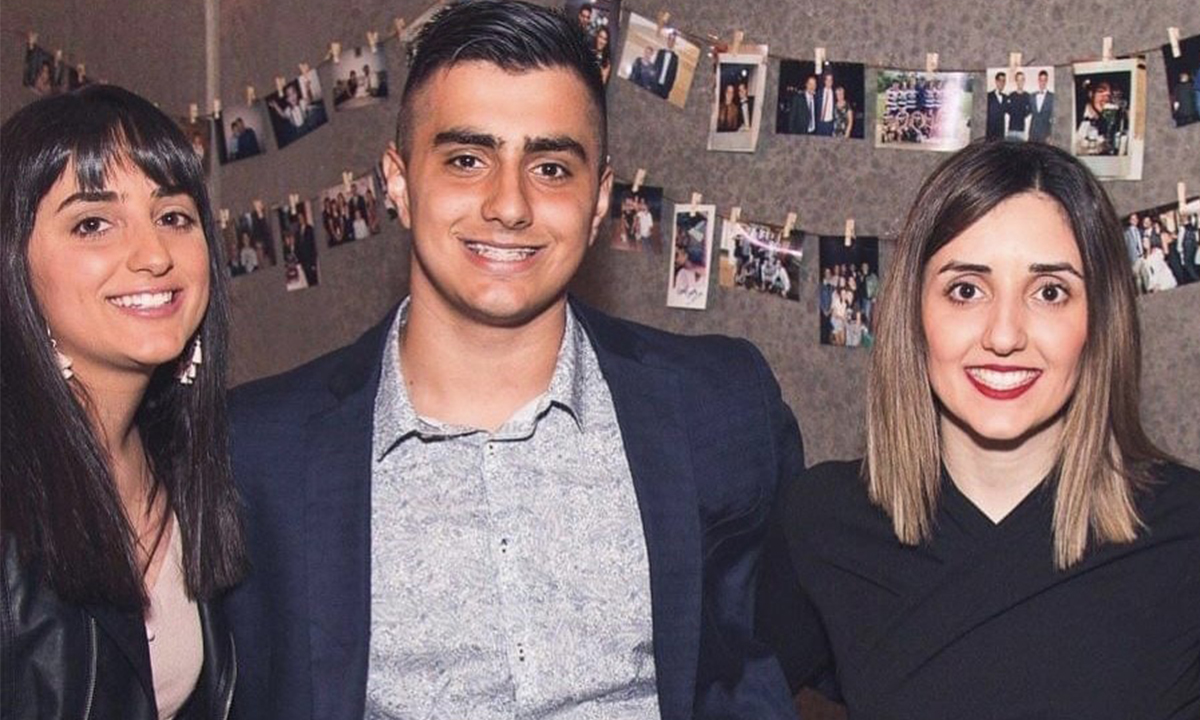 “I can’t even explain the fatigue,” Marie Lombardi, a 30-year-old accountant, told InDaily.

“I would get home from work, make myself dinner and be in bed by 8pm and sleep until 7am the next morning.

“It’s slowly getting better but still now if I do too much I get really tired and I have to sleep.”

She used to do high intensity exercise multiple times a week but now gets breathless walking down the street.

Her persistent cough is exhausting and makes work meetings and phone calls tricky.

Of her siblings, she suffered the most severe initial infection after testing positive in February – body aches, fever and a very sore throat. Then the cough and fatigue set in and haven’t gone away.

“I can’t really exercise, where normally I would exercise three to four times a week, high intensity stuff,” she said.

“I’ve just started doing 20 minute walks but before that I couldn’t even walk five metres and I would be out of breath.

“How long is it going to impact my life? I just don’t know. My doctor has said she doesn’t know.”

Marie said she still wears a mask and regularly uses hand sanitiser “because I don’t want to get it again”.

“I think some people are still a bit naïve about what could happen to them,” she said.

“Those who haven’t had it don’t seem to understand it can hit you really bad. And the symptoms can stay.”

Doctors have prescribed Marie and her siblings inhaler steroid medication for their coughs.

If that doesn’t help, lung scans and function tests are on the cards.

More than three months later though, she can’t shake her “terrible, barky cough”.

“I’m a teacher, so reading a book to the kids, you are coughing in between, it makes it really hard,” she said.

“On cold days, I get really wheezy. I’m hoping it will subside soon.

“My energy levels have just started to come back now. I’ve been really lethargic.”

Nikki said her ongoing symptoms sometimes made her feel anxious being around others.

“Sometimes I’m worried to go out in public because people think that you have it because you’re coughing so much, but you don’t have it,” she said.

“Those people who think COVID is just a cold, it’s actually not.”