A spokesperson for Public Sector Employment Commissioner Erma Ranieri refused to name the agency or allegation under investigation when questioned by InDaily, citing an ongoing inquiry.

The investigation is the first to be carried out by the recently-appointed Workplace Investigation Services Panel – a group of five private investigation companies that were recruited by the Marshall Government in February following a seven-month search.

InDaily first reported in July that the panel would be tasked with investigating suspected code of ethics breaches, maladministration, financial mismanagement and employee grievances within the public sector.

At the time, the government said the panel would only conduct inquiries into matters that are deemed too minor to warrant the attention of the Independent Commissioner Against Corruption (ICAC) or other integrity agency, but serious enough to require external scrutiny.

“The panel was appointed in February this year and its services were made available to agencies last month (March 15),” Ranieri’s spokesperson said.

“One agency is currently using the panel for an investigation.

The spokesperson said the investigators appointed to the panel were required to report the cost of investigations to Ranieri’s office.

They said it was up to government agencies to determine how much they are willing to spend on investigations and Ranieri’s office would collect data to help assess the panel’s performance.

“The Commissioner plans to release this information annually,” the spokesperson said.

According to tender documents released last year, the panel was appointed in response to the ICAC’s damning 2019 report into governance issues within SA Health.

The Troubling Ambiguity: Governance in SA Health report by former Independent Commissioner Against Corruption Bruce Lander found that the health department was “ripe for exploitation by corrupt employees” and that misconduct and unmitigated conflicts of interests were commonplace.

But Lander made no recommendations to the Government in his report, noting that “the making of credible and useful recommendations would require a substantial amount of further work”.

Former Treasurer Rob Lucas told InDaily in July that the Government responded to the report by promising to explore “new structures and processes that would contribute to a more consistent approach to undertaking misconduct investigations”.

“I would offer a word of caution. There are significant risks associated with outsourcing government investigations to the private sector,” she told InDaily in July. 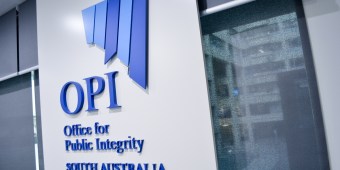 “I hope that those risks have been well considered by the government and that appropriate controls will be put in place.”

Ranieri is expected to report on the panel’s use in her annual State of the Sector report, which is due to be published later this year.

She told a parliamentary committee last year that the panel would be “regularly used and of a standard”.

An earlier version of this story stated the Commissioner for Public Sector Employment would not collect information about the cost of Workplace Investigation Services Panel investigations. The Commissioner’s office has since corrected information provided to InDaily and clarified the information would be collected and publicly released.