It comes as Marshall today extolled the virtues of democracy as he was formally installed in what is now the state’s most marginal seat, hanging onto his Norwood-based electorate by just 260 votes.

His challenger, Cressida O’Hanlon, a former farmer turned business consultant, spoke today at the declaration of the vote, congratulating Marshall “for being ready to take on another four years of serving his community, having done so for 12 years – four of them as Premier”.

Marshall will step down as Liberal leader when the party-room meets in coming days to elect a replacement, but has repeatedly committed to staying on as a backbencher for his full four-year term.

“It was of course a very close result – we took on a premier in a safe Liberal seat and turned it into the most marginal seat in SA… in a state Liberal seat that included the suburbs of Kensington Park and Kensington Gardens,” said O’Hanlon, noting Marshall began the campaign on a nominal margin of 8.1 per cent after a 2020 boundary redistribution.

“My campaign was fought on a positive message of meeting people and acting on the issues that affected people in their everyday life,” she said.

But she railed against a controversial campaign by the SA branch of the Construction, Forestry, Maritime, Mining and Energy Union, the CFMEU, which ran several corflutes attacking Marshall personally – including one that depicted him as a rat, emblazoned with the slogan “Marshall doesn’t give a Rats”. 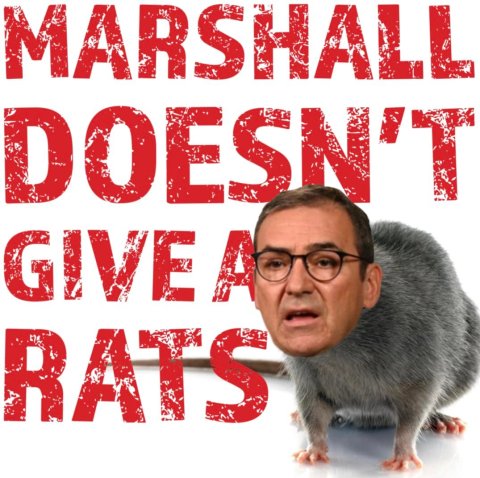 “I have no interest in disparaging my opposition, whoever that may be,” O’Hanlon told assembled supporters and luminaries of both major parties at the Norwood Town Hall today.

“The CFMEU election posters that were put up depicting Steven Marshall as a rat… were reprehensible.

“I stood against Steven Marshall but there are values we share [including] respecting the outcome of free and fair elections.”

She said when she saw the corflutes in the Dunstan electorate “I made several requests of the CFMEU to remove the posters”.

“Some were taken down, but not all – I find that lamentable,” she said.

The union’s Divisional Branch Secretary Andrew Sutherland told InDaily: “Whilst we have respect for the candidate, and believe that the people of Dunstan would have been better served with her in parliament than Steven Marshall, the CFMEU is an independent organisation and makes its own decisions about political advertisements.”

He said the posters were effective and played no part in O’Hanlon’s defeat, arguing: “The CFMEU deployed corflutes in a number of key marginal seats, and in the substantial majority of the seats the incumbent Liberal Candidate was defeated.”

“We received overwhelmingly positive feedback on the corflutes from the general public, and we believe they were successful,” he said.

“The CFMEU will not hesitate to campaign in our members’ interests in elections.” 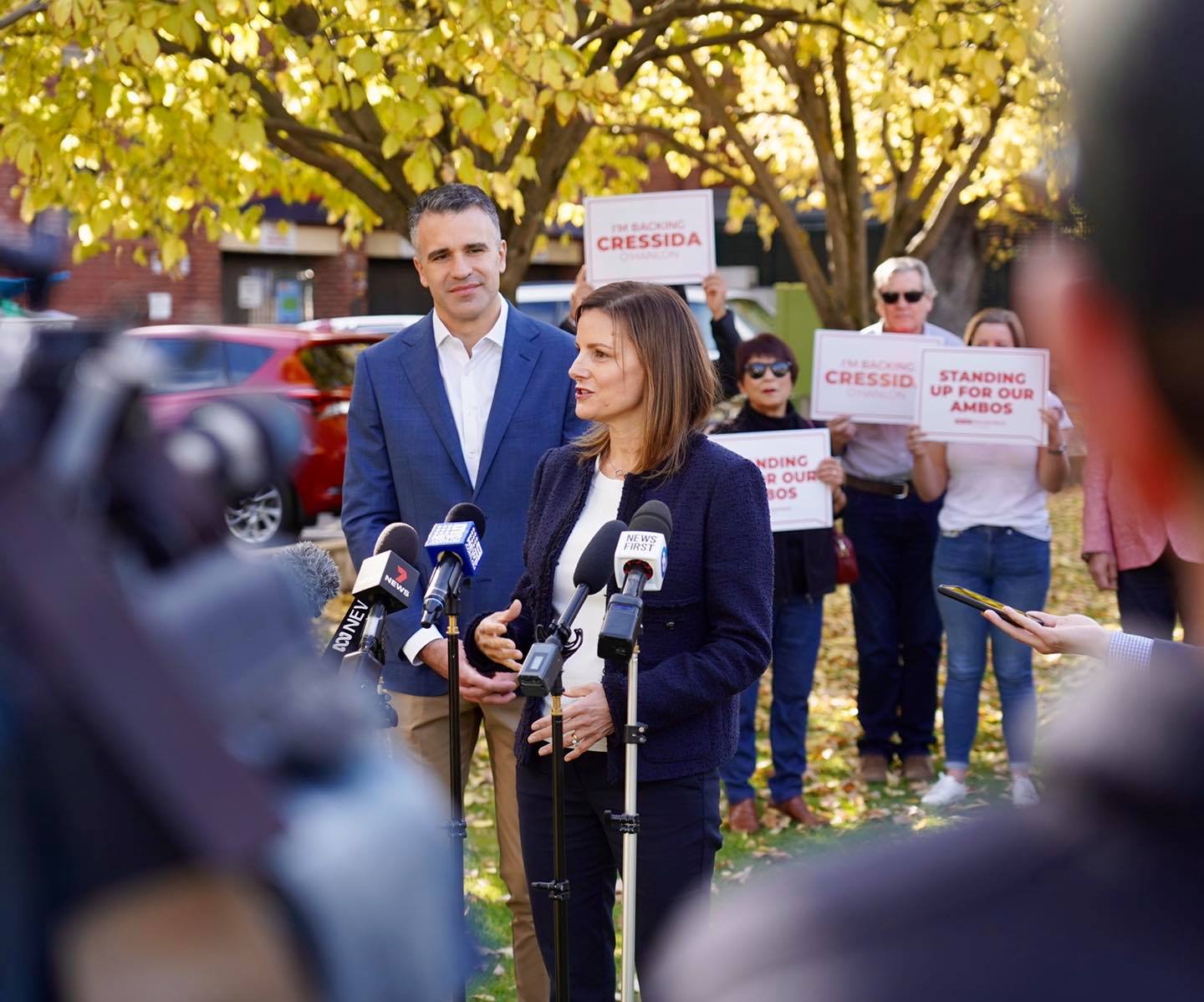 Marshall himself did not address the controversy in his speech today, but congratulated O’Hanlon “on the way you conducted yourself [in the campaign] and also for the way you were obviously genuinely interested in this electorate”.

He reiterated his “love” for the seat, saying he had “probably neglected it” in the past two years as Premier, particularly during the COVID-19 pandemic.

“I’m certainly looking forward to getting back out and making sure I represent the people of this electorate going forward,” Marshall said.

However, he noted, the seat was previously a marginal when he won it from Labor in 2010.

The former Premier reflected on the democratic process, saying: “If you look around the world at the moment, it’s a pretty sorry state.”

“We do need to stop and reflect how fortunate we are to live in a country and a state where we can have elections every four years, that are contested in a friendly and respectful way.”

“The result is delivered, and it’s respected by all sides,” he said.

Marshall said he “caught up with the new Premier, Peter Malinauskas, shortly after the vote, before he was installed in office [and] offered my congratulations personally” and told him he would offer help in “whatever I can do to make sure we can keep this incredible momentum going”.

“We’ve caught up several times since,” he added.

“That is the mark of an incredible democracy – how many places in the world does that actually happen? Very few, and probably very few places in Australia.”