The dramatic swing against the Marshall Government on Saturday has already seen three former cabinet ministers lose their seats and left a slew of other blue-ribbon electorates in danger of falling to Labor or a local independent.

The former Premier’s seat of Dunstan is still too close to call while Liberal frontbenchers John Gardner and David Pisoni are yet to get over the line in notionally safe suburban seats.

But all three are likely to stay in parliament once pre-poll and postal votes are counted.

Marshall is still under siege in Dunstan from Labor’s Cressida O’Hanlon, who at most recent count was leading Marshall 50.1 per cent to 49.9 per cent on two-party preferred.

However, Labor’s lead in Dunstan was cut from 143 votes to just 29 yesterday after the Electoral Commission began counting a batch of 1400 postal ballots.

ABC chief election analyst Antony Green said it is likely Marshall will hold on if the postal and pre-poll vote trend continues.

“In 2022 Dunstan has recorded around 3800 postal votes applications and 3931 pre-poll votes, so there are many more votes to count,” he wrote on his election blog.

“If the trend in [Monday’s] count continues then Steven Marshall should win re-election.

It’s a similar story in Gardner’s seat of Morialta where the first batch of postal votes split for the Liberals 56.3 per cent to Labor’s 43.7.

The latest count puts the former Education Minister in a position to narrowly hold on despite enduring a swing of more than eight per cent towards Labor. Gardner currently leads 50.7 per cent to 49.3 per cent on two-party preferred.

Pisoni, the former Innovation and Skills Minister, has taken a narrow 50.3 to 49.7 lead in Unley after being behind for much of the count on Saturday night due to a better-than-expected showing from the local Greens candidate.

Around 47 per cent of ballots in the wealthy inner-suburban seat remains to be counted.

If Marshall, Pisoni and Gardner all hold on, Labor could still command 27 seats in the Lower House if it wins a surprise victory in the seat of Waite.

Labor candidate Catherine Hutchesson is on track to win the electorate from exiled Liberal Sam Duluk, who held the seat on a 7.4 per cent margin but only garnered around 19 per cent of first preference votes.

Hutchesson has beat out Liberal candidate Alexander Hyde on first preference votes, with the contest now between Labor and local independent Heather Holmes-Ross, according to Green.

“A two-party preferred count is currently being conducted in Waite and it indicates Labor wins,” the ABC analyst said.

“Saturday night’s count between Liberal and Independent Heather Holmes-Ross indicated that she would win. At this stage of the count it is unclear whether Labor or Holmes-Ross will win but it is clear that Liberal Alexander Hyde will NOT win.”

The Liberals are also still facing unexpected headaches in a number of blue-ribbon regional seats where there have been massive swings towards independents.

The Fleurieu seat of Finniss still appears likely to fall to local independent candidate Lou Nicholson in a huge upset.

Although only 40 per cent of the vote has been counted, there has been a seismic 19.6 per cent swing against Liberal frontbencher David Basham. Nicholson leads 55.1 per cent to 44.9 per cent on two-candidate preferred. 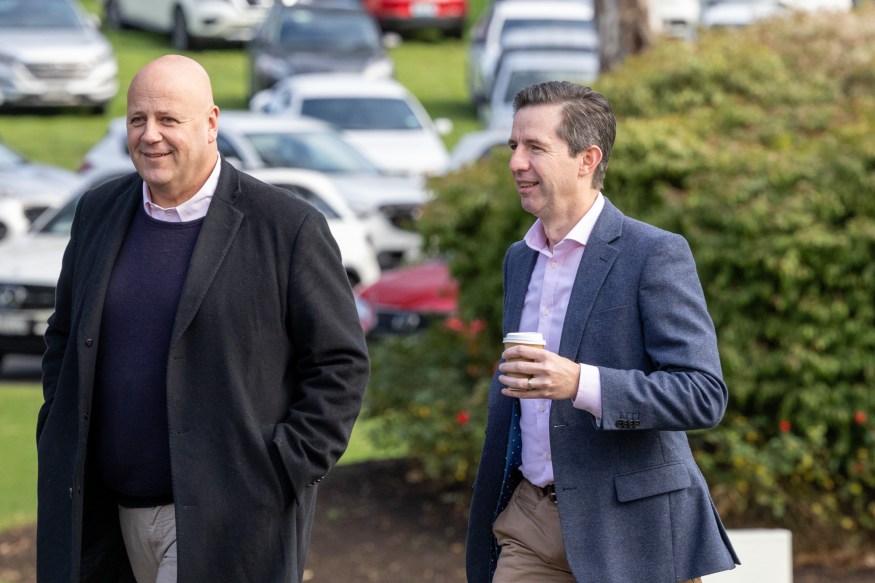 A big swing has also been recorded in the regional seat of Flinders, where Liberal candidate Sam Telfer looks set to narrowly hold on over independent Liz Habermann.

The swing against the Liberals in the Nullarbor Plain and Eyre Peninsula electorate stands at a huge 24 per cent, although the ABC is still projecting that Telfer will come out on top to succeed Peter Treloar as the local Liberal member. 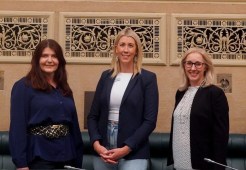 Habermann said she was not expecting to be in the position she is now.

“I thought I’d put up a good fight but yeah this is exciting,” she said.

“I thought if I can’t win this thing, I’ll still take it as a win if I can make this margin a little less safe, and I think I’ve done that regardless of the result.”

Liberal backbencher Adrian Pederick is also yet to claim victory in the regional south eastern seat of Hammond, where he holds just 50.1 per cent of the two-candidate preferred over independent candidate Airlie Keen.

Keen still faces an uphill battle to make it to the two-party preferred contest over Labor.